What Is Craft When It Comes To Booze? 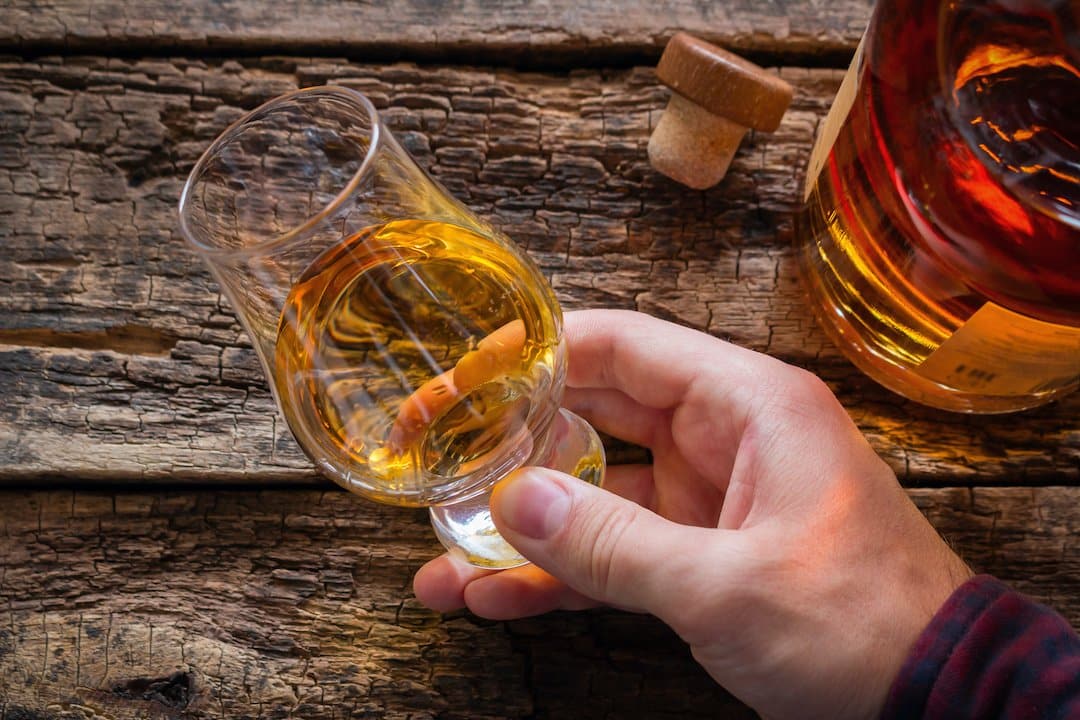 One of the biggest challenges as a consumer in the world of alcohol is answering the questions: What is Craft? And, is this particular product really craft beer? Or craft wine or craft spirits or craft cider or craft whatever the heck else you're drinking? If you're a tippler who cares about drinking craft—you probably are if you're a fan of The Crafty Cask—these questions can be frustrating. Especially when it comes to shopping for or ordering your next drink.

We personally think that all smart, savvy tipplers choose to drink craft and sample locally as much as possible. So, let's provide a little drink craft clarity to help you along the way.

So Really, What Is Craft?!

Well, it depends. On what? Who you're asking. What state you're in. What type of alcohol it is. And probably a lot of other factors we're not even considering. No wonder it's so confusing! Before we provide some official guidance however, let's tell you what we consider craft here at The Crafty Cask. Since we work across all craft alcohol categories and types we keep it simple and have one definition.

For us, craft alcohol is any alcohol that requires some level of art along with the science, is made by the maker, uses real ingredients, and is independently owned. Let's take a minute to break each element down and explain why it's critical to answer 'what is craft?'

Requires Some Level of Art Along With The Science

You may notice that we don't have a size requirement for our definition of craft. Honestly, this is rare. When someone asks us 'what is craft?' our answer is rooted in the art and hands-on nature of making it. So this "art" requirement is our proxy for size.

Essentially, it means if a maker can just push a button, keep an eye on a computer screen, and make the booze with no human interaction, then it's not craft. Because that is how mass-produced beverages are created. Sure, there's quality control, but they have the production down to such a science that the batch outputs are identical which means it's no longer artisan or craft.

Craft, on the other hand, requires a person to taste, smell, or touch things to decide when to make a cut when making craft spirits. Or if the craft beer has been in the barrel long enough to be bottled. How about if that block of grapes should be picked now or later based on the wine they're hoping to create. Should this season's apples be made into a single varietal cider or a blended cider?

That is the art of craft. It often means the overall size of the operation will be smaller. Why? So the maker can be hands-on and intimately familiar with the each batch. But if they can preserve the art and make millions of cases then, hey, more power to them. So, no explicit size requirement from us.

Made By The Maker

If you're not making the booze yourself, then how is it craft? Yes, you can buy booze that is craft made, bottle it, market it, and sell it. And I'll likely agree that the juice in the bottle is craft. But that brand is not a craft brand or a craft brewer or craft distiller, etc… They are a marketing and sales company for the juice that they have purchased. I'm not saying there's anything wrong with that or it won't be delicious, but in our book you are not a craft maker or brand. We're looking for handcrafted, personally loved and created products here—not misleading marketing.

That doesn't mean you can't hire someone to help you make it . Or even have someone else make it entirely as long as you, as the consumer facing brand, are part of the process and decisions that lead to your final product. Why would a maker do that? Well, early on distilling or fermenting equipment can be capital intensive. So it sometimes makes more sense to leverage what others already have. Or, if it's your first time making gin, for example, you may want to hire someone so you create exactly the gin flavors you are hoping to achieve while you learn along the way.

But simply placing an order for something already made and slapping a label on it to sell? Nope – not craft spirit or craft beer or any other kind of craft in our book.

Next, in order to answer the question 'what is craft?' in the affirmative, the juice in the bottle should be made from real ingredients that you would expect to be there. The maker is proud of those ingredients, which means he or she is making a final product in the spirit of showcasing (not hiding or working around) the ingredients that they carefully chose and sourced.

But have you ever wondered why alcohol is one of the only ingestible products not required to have ingredient information listed? I wager you can thank wine lobbyists for that.

We're going to pick on wine as an example here, but this cuts across all alcohol categories. There are a lot of supposed craft wines which have an unlisted list of ingredients that read like a sci-fi novel. I'm not saying these ingredients are harmful (though if not handled properly and above certain concentrations can be) but they're simply not necessary.

When these additional ingredients are used, it's often a modernized short-cut or correction. To make more, faster or to make a style inappropriate for that region's climate or to correct something that went wrong in the grape growing or winemaking process. The primary focus is on cost-cutting, sales potential, and speed…not quality or pride in the craft. If they've been able to make booze since the beginning of time with ingredients we can pronounce and understand, we can certainly do it today. No Mega-Purple in my wine thank you very much!

Last, but certainly not least, craft alcohol is independently owned. If there's a big corporation that has a stake in the operation, then it's moving away from craft. I say moving away from because, of course, a 5% stake is very different than a 45% stake. Honestly, this is often some of the hardest information to find since craft makers know it's smart to keep big booze investments hidden. I don't know about you, but when I spend my hard earned cash, I like to know exactly who it's going to. Especially when I intend it to support a small business and the local community.

So while it's hard to always get this one right or keep up with the latest investments and acquisitions, we try our hardest. Our intention is to only support independently owned craft makers. To be clear, we have no ill will towards makers who pursue buy-outs or corporate investments.

You can read more about our philosophy on this in our article on Anchor Steam Brewing's acquisition by Sapporo Holdings.

They know their business and goals best. We just feel that once they have big marketing budgets behind them they don't need our support nearly as much as craft makers still trying to succeed. Now For The Official Answers to "What Is Craft?"

All right, now that we've provided a little drink craft clarity from our perspective what are some of the more official definitions? While not all encompassing here are a few to provide a little glimpse of just how confusing it can be:

The Brewers Association defines craft brewers as small and independent brewers according to the following definitions:

Annual production of 6 million barrels of beer or less (approximately 3 percent of U.S. annual sales). Beer production is attributed to a brewer according to rules of alternating proprietorships.

Less than 25 percent of the craft brewery is owned or controlled (or equivalent economic interest) by a beverage alcohol industry member that is not itself a craft brewer.

They also indicate that these concepts apply to craft beer and craft brewers:

While the American Cider Association hasn't yet put stakes in the ground as to what is craft in the world of cider, the federal alcohol laws generally treat cider as beer. Even though cider is made, and much more like, wine.

According to Craft Wine Association, certified craft wine is a commercially-available, limited-production wine with production runs of 5,000 cases or fewer. However, it's not just about size: authenticity and traceability are key components as well. Wines must be authentic and traceable to their roots: producers that buy grapes need to know where their growers source their fruit to qualify for this designation.

We're not going to go through all the states here, but state laws and definitions regarding craft do vary. In Washington, for example, craft distillery licenses are available to “distillers who are producing 150,000 gallons or less of spirits per calendar year. At least half of the raw materials used in the production must be grown in Washington”. Whereas Pennsylvania only has a volume requirement. Some states also provided added benefits for being designated as craft. Such as the ability to sell direct to consumers on your licensed property.

How to Ensure What You Buy Is Craft

Confused? Yeah, welcome to craft alcohol. With so many definitions floating around out there it's unlikely we're ever going to land on a clear, consistent definition of craft. And honestly it's probably not all that important that we do. Even Lance Winters, master distiller at one of the earliest craft spirits pioneers – St. George Spirits, has said:

What is important is that those of us who care about craft, however we may choose to define it for ourselves, are able to identify and find it so we can vote with our dollars. So, if supporting smaller, craft makers is important to you what should you do?!

First, and foremost be a skeptical, inquisitive consumer. Just because the word craft is used or the label looks craft or says something that indicates craft (small batch, artisan, micro, hand-crafted, etc…) does not mean it is craft. Terms like these are rarely regulated so take them with a grain of salt.

Use The Tools At Your Disposal

Second, look at the back label. You're looking for "distilled by" for craft spirits, and "produced by" for wine and cider (not for spirits or beer).

For beer the back label is a little less helpful. Take 312 Urban Wheat Ale from Goose Island Beer Company, for example. Their back label says,

Luckily, since this is such an issue in craft beer, there are tools like the Independent Craft Brewers Seal, which almost 80% of craft brewers now have on their labels, and the CraftCheck app to help you out before choosing your next six-pack.

When it comes to back labels, what you want to avoid is anything that only says "bottled by" or "produced by" in spirits. That means it's essentially just a marketing play for that product. The brand you see on the front is not the brand that actually makes it, although they may make other products in their portfolio. Since spirits do tend to be a little trickier than most, we have another article to help you determine How Craft Is The Bottle You're Drinking?

Are you ready? If you still need a little convincing about why it matters to drink craft in the first place, we have you covered here. Otherwise, join Tippler Nation to ensure you hear the latest and greatest in craft alcohol and then it's time to get out there and start drinking craft!

Since there are so many definitions, we'd love to hear in the comments below – what is craft to you? We all have different priorities and values when it comes to this so how do you decide before you buy?