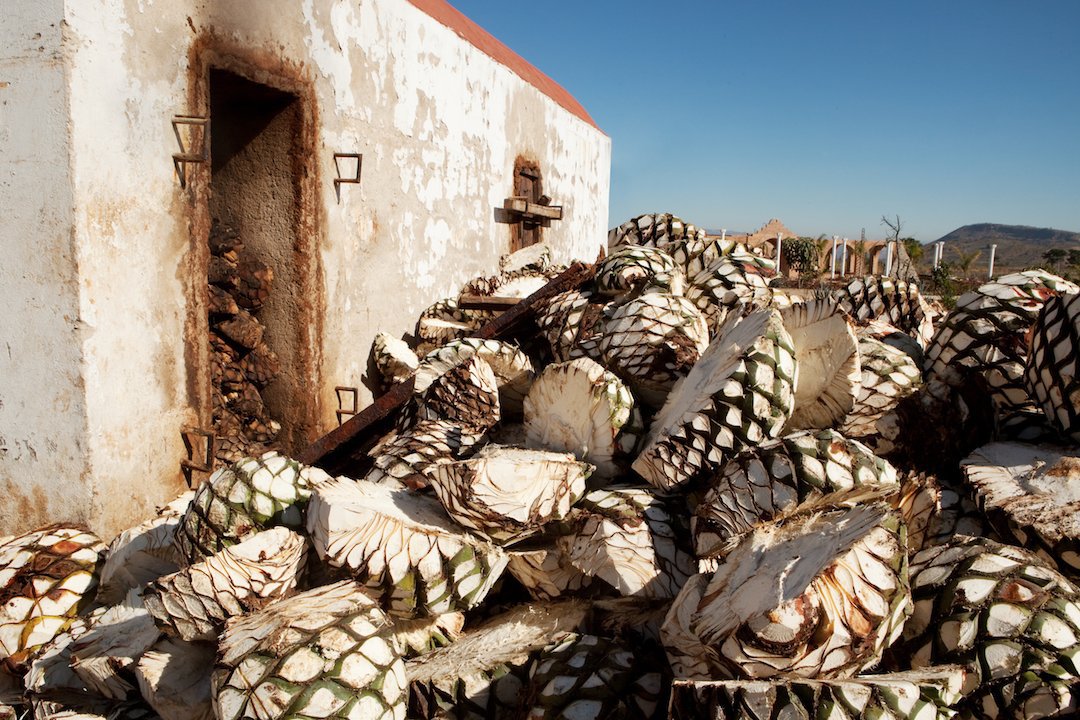 A Guide to the Different Types of Tequila & How They Are Made!

Making memories over handcrafted drinks opens the door to a whole new world of fascination with the elements  used to create them. Over time, I’ve learned that sipping a margarita lakeside warms my heart as much a tequila served neat after a long, hard day. In central Texas I can hit a local happy hour, order a ‘rita on the rocks and in minutes an angel returns to bless me with my saving grace. Tequila is a staple here. Then why is it that just the other day I found myself wading through a sea of vodka, whiskey, and rum bottles to find only three tequila options?

Luckily this is starting to become more the exception than the norm. Tequila is gaining notoriety beyond the margarita and frat-boy style shots and it's about time! I can’t wait to see how this triumph of Mexico catches the craft alcohol wave. Join me on this journey, because it’s sure to be one hell of an adventure. First let’s talk tequila basics. Where it comes from, how it’s made, and what defines it. Then we’ll set out to uncover more about your soon-to-be favorite spirit. As my dear friend who hails from Mexico City likes to say, “Reposado now, chat later.”

From Agave to Tequila

Let's first introduce you to the base of tequila’s power, the agave. Agave is a desert succulent plant, a hardy beast that roams freely across arid lands. Liquor made from any species of agave is called a mezcal, and tequila is no exception. All tequilas are mezcals, but not all mezcals are tequilas. Keep reading, the fun is just beginning! There are over 30 different varieties of agave. The most common spirit making varieties are tequilana/blue (tequila) and espadín (mezcal). Other common varieties include tepeztate tobalá, tobaziche and arroqueño. Given they only make up a small percentage of mezcal production, snap that bottle up quick if you find one made of these agave species, because you're in for a treat!

So what separates tequila from her mezcal relatives? Mexican regulations state that mezcal is made from any species of agave, but it further specifies that tequila can only be made from one type in particular, agave tequilana. This species is also known as agave azul or blue agave. Tequila can also only be made in 5 regions throughout Mexico, according to regulation. The most predominant tequila making region is Jalisco.

Despite many advancements in farming, most agave are planted, tended and harvested by hand. These techniques and rich traditions have been passed down through generations for centuries. The plants, which on average grow for about 10 years before harvest, are cared for meticulously. Each agave can only be used once so new plants are sown after every harvest to maintain a sustainable crop.

At the core of agave lies its heart, or piña. It’s the crucial component to making all mezcal, tequila included. Blessed are the Jimadores, for they have tamed the beast! Harvesting the piña is no easy feat. It can be dangerous, hard, hot work, but when it makes something as delicious as tequila it's gotta be done! Once these monster pineapples (no, not that kind of pineapple!) are stripped of their spiny armor it's time to make the tequila. Sticking with tequila specifically (check out our next article on the non-tequila world of mezcal), the blue agave are baked in large ovens to enhance their alchemy and soften tough skin. This roasted meat is mashed to extract the juice, which is then fermented and distilled twice. (Need a crash course on distillation? Head on over here.) The double distillation minimum is also a government requirement for tequila.

And to think about how many of us under appreciated this spirit when we were younger, throwing it back with the sole purpose of getting drunk! Or was that just me? Well, no more! There is true craftsmanship to Tequila. Let's savor it the way it was meant to be savored…

The Crowns of Tequila

It's time to get sipping! But before we dive into the different styles of tequila, let's clear one thing up. Not all tequila is made equal. Just like any spirit, there are well crafted, clean, sippable tequilas and there are the ones that will…well? Likely leave you feeling a bit worse for the wear in the morning. While how much you drink (ahem!) and how well hydrated you stay certainly plays a role in that, with tequila there's one other aspect to consider. Are you drinking 100% Blue Agave or Tequila Mixto? While 100% Blue Agave Tequila is pretty self explanatory, let's take a minute to get clear on the rest of the bottles out there.

Tequila Mixto, by law, must contain 51% Blue Agave. The remaining 49% can come from any other neutral spirit (usually cane sugar spirits) base. So it's kind of like drinking tequila and vodka mixed. Not exactly, but that's kind of the idea. Producers are also allowed to add caramel color, oak flavoring, glycerin and sugar based syrups to tequila mixto. So how can you tell? Well make sure your bottle says 100% on it.  If it just says tequila and there's no statement about being "100% de agave" or "100% puro de agave" you know you have a mixto. Ok, now that we know we have a 100% agave tequila in our hands let's talk styles!

Styles & Types of Tequila: The Differences!

After the second distillation we officially have tequila. Crowned as the princess of the Mezcal family and bottled for immediate consumption. While many of us assume aged is always better I encourage you to taste around jovens to find some you love. I recently had one that had a touch of sweetness and notes of cinnamon that was like no tequila I'd ever tasted! Delicious for straight sipping.

Aged in barrels for 2 to 11 months, this crown is light gold and marks the first classification of aging. Don't let the yellowish color make you run in fear from your college memories (again, just me?!)! The slight barrel aging helps smooth out the Joven and begins to bring out a bit more complexity.

Aged for at least 1 year, this crown is amber and darker than the reposado before it. In blind taste tests, añejo is often mistaken for a whiskey or brandy, and from some of our recent sipping we have to agree! If you love whiskey but are a little nervous about tequila, this might be a great place to start.

Established in 2006, this crown denotes aging for at least 3 years, and has a deeper amber color than her predecessor. With the extra age there is enhanced flavor and character coming from the extended barrel contact. So if you were excited about the whiskey-like essence of the añejo, buckle up for these!

Are you ready to get sipping? I know I am! On the next tempestuous Tuesday evening put away the wine and pull out a blanco or reposado instead. Perhaps squeeze in a touch of fresh orange (put the salt down!!) and enjoy. Or maybe pour yourself an añejo neat. Either way, I know when those sweet, herbal, citrus notes float over my palate I’m transported back to a sparkling waterfront in July. Magically en paz. At peace. Welcome to tequila, beyond the margarita. Reposado now, but stay tuned for even more fun with succulent spirits to come.

Interested in getting your own craft alcohol story or consumer education piece featured on The Crafty Cask? Click here.