What is Pét-Nat or Method Ancestrale? 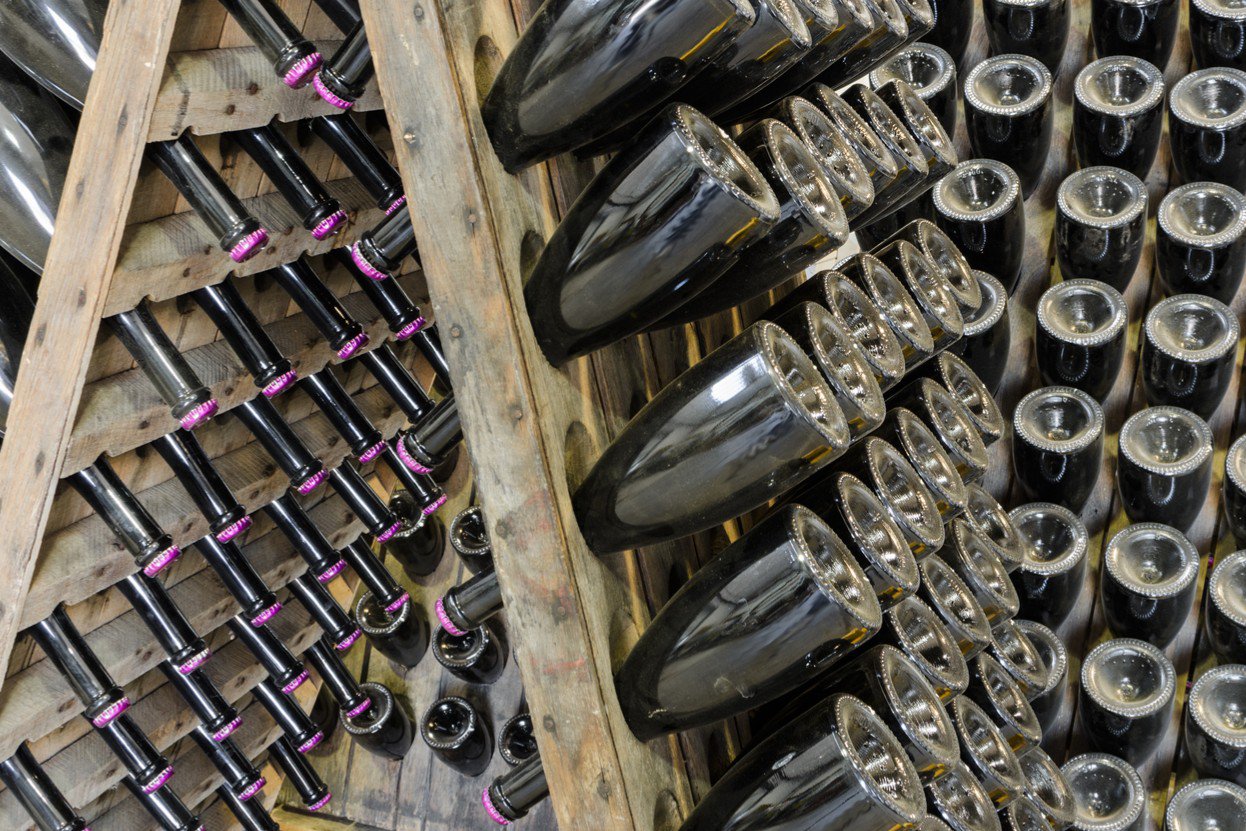 We have a pét-nat cider tasting coming up! Be sure to SIGN UP FOR OUR VIRTUAL TASTINGS to learn more and have a chance to talk with the makers!

If you are included in the massive collection of people who like bubbles in their alcoholic beverages, it’s time you gave thanks to pétillant naturel aka method ancestrale. The oldest method of carbonating your drink deserves and has gained much popularity, so much so that it is often dismissed as a ‘fad’. But pétillant naturel (or pét-nat for short) eventually led to a more refined method of sparkling beverage production. Without it we wouldn’t have Champagne, Prosecco, Lambrusco, Cava, Sparkling Cider, and even Soda. The list of beverage progeny thanks to the ancient method (hence "method ancestrale") of carbonation is extensive. Let’s take a brief look at its history and what it does to the flavor of different alcohols.

A funny thing about pétillant naturel is that it came into existence just like wine and cider: a happy accident. Imagine this:

You live in a time before refrigeration so your best bet of preserving something is storing it underground in a cellar or someplace cool. It's possible to keep it cool for a while but seasonally temperature fluctuates. Fruit juice is stored in small barrels, clay amphorae, or pottery vessels for consumption. Microscopic yeast strains floating in the air get into the vessel and as the temperature warms, they activate. When the yeast activates, it eats sugars in the juice and the byproducts are alcohol and carbon dioxide. So one day you go to pour yourself some juice and instead you find you’ve poured yourself wine (or cider). Why? Because the yeast in the air has been slowly turning the juice into an alcoholic beverage.

This is essentially how early alcoholic beverages came to be: accidental and spontaneous fermentation. Once discovered, this process became controlled and refined and gave birth to wine, cider, beer, sake…the list goes on. Let’s go back again now, briefly, to your grape juice that became wine by accident.

But where do the bubbles come from?

You have decided to share your discovery with friends and show them the joys of fermented grape juice. It becomes so popular that people want you to produce more. So you become an amateur winemaker. You adjust the environment to encourage spontaneous fermentation and begin sealing the beverage in a vessel for sale.

The thing about spontaneous fermentation that you haven’t yet figured out is that it is fickle. Fermentation may stop and start depending on the yeast strain, temperature, and a host of other environmental influences. So, one day you think the fermentation is done and decide to bottle, but it isn’t. Something causes the yeast to reactivate in the bottle and start fermentation again. Well, besides the alcohol being higher than when you bottled, you also now have carbonation trapped in the bottle (remember that the other byproduct of fermentation is CO2). You pop the bottle open with a surprised face followed by a joyful realization — yet another happy accident. You have a bottle of sparkling wine in your hand and the method ancestrale of carbonating beverages was created.

This is how early bubbly came to be. Eventually this process was refined into a much more controlled method of bubbly production. Champagne, for example, uses the traditional method of production (a subject for a different article). The traditional method used for champagne is old… but not nearly as old as method ancestrale. Pét-nat is the ancestor of all sparkling beverages. It is so old that no one really knows when it first happened. You can safely assume that shortly after there was accidental spontaneous fermentation, there was premature bottling/storage that resulted in accidental carbonation.

In this day and age, pét-nat specifically often refers not just to premature bottling but to the whole process of spontaneous fermentation with native yeasts and minimal intervention by the producer. By contrast, products labeled method ancestrale don't tend to have as broad a spectrum of characteristics. Because of this, you can find an expansive array of different aromas and flavors in wine and ciders labeled pét-nat. It is so dependent upon the environment you grow the fruit in and allow spontaneous fermentation to begin in, that it is hard to broadly characterize it.

It can be made with wines of any kind as well as ciders of any kind. Pét-nat beverages become a “snapshot” of the environment (including the time of day/year/etc.) it was grown in, fermented, and bottled in. It is hard to reproduce exactly every time. This variation is not just a unique aspect of method ancestrale beverages but a desirable one for those who love it. You are transported by the bottle to the time and place where the beverage was conceived.

The general expectation of pét-nat, whether it is cider or wine, is that the beverage is lighter and frothier than traditional, modern sparkling wine, often appearing cloudy due to lack of filtering, and generally has a somewhat ‘funky’ aroma that is likened to hay or a barn. The remaining dead yeast in a method ancestrale bottle will often provide texture and weight to the beverage as well as aromas and flavors of biscuit, bread dough, or toast. The fruit flavors exhibited are dependent on the type of fruit and thus are hard to broadly categorize. One thing I have found consistently: the fruit taste is always fresh, young, and tart as a result of higher acidity and minimal aging.

With such a huge variation of characteristics and a pleasant frothiness with fresh fruit profile, there is no doubt that you can find the perfect pét-nat beverage that suits your taste. Have fun finding your favorites, and don’t forget to sign up for virtual tastings with Evan and Suzanne so you can share them with us as well!