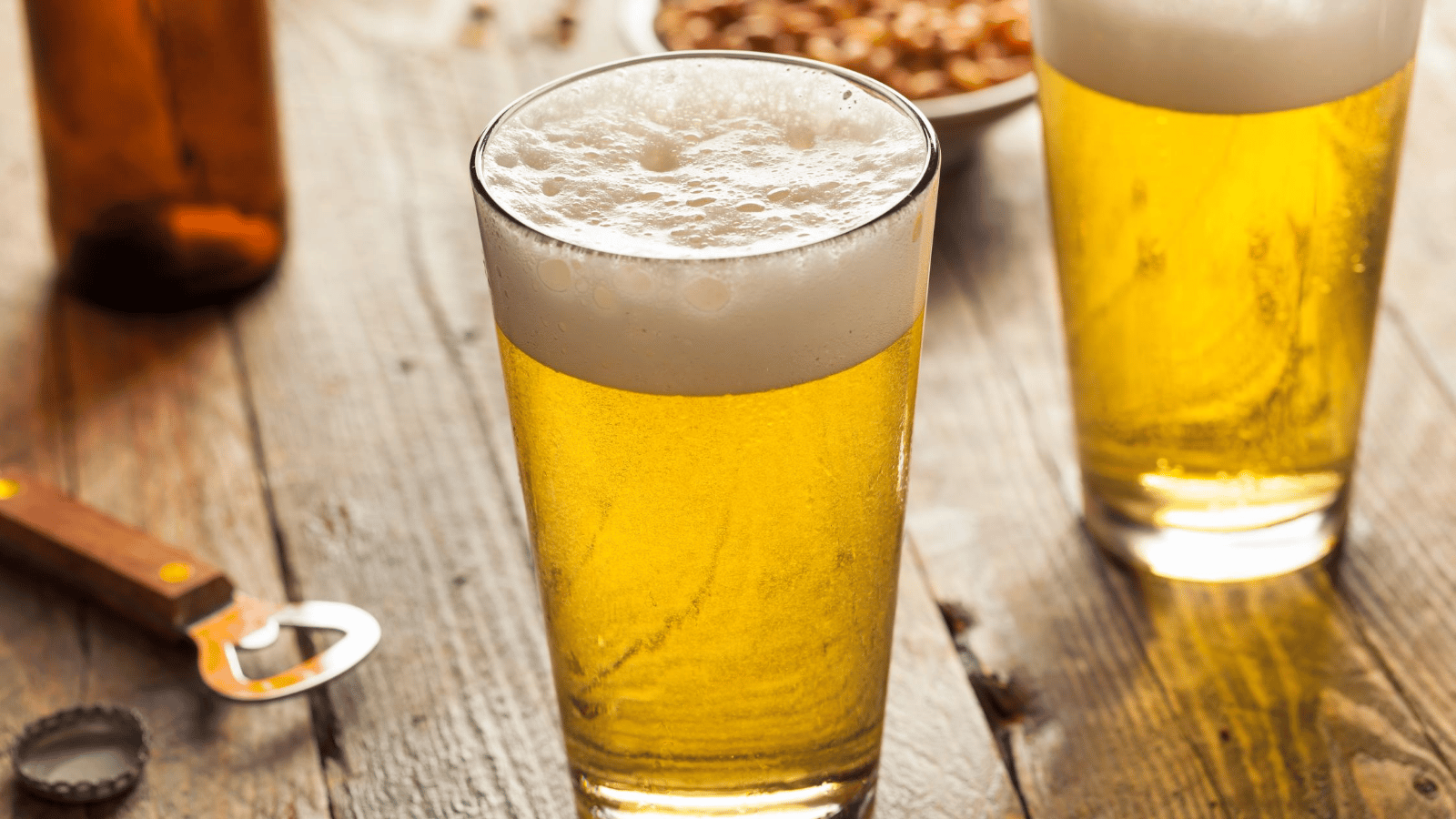 For all of the beer-lovers among us, a frosty brew is often associated with many of our favorite memories. While there are so many styles, and iterations of those styles, the classic lager is a foundational, well-known, and well-loved beer.

Lager is one of the most common types of beer produced and consumed worldwide. It has a crisp and refreshing flavor profile, and often a soft golden color. But how deep does your lager knowledge really go? Let’s dive into this delicious brew before you crack your next bottle.

1. The Basics of Lager Beer

Lager is a highly carbonated style of beer with a hint of hop flavor. The ABV (Alcohol By Volume) can range anywhere from 4.5 – 13 percent, and bitterness is usually relatively low, falling anywhere on the scale between 5 – 45 IBU (International Bitterness Units). The lager style of producing beer is the most common technique used for beer production around the globe, except for in England where Ale has a dominant presence. The lager style offers a unique and rejuvenating palate and aroma that makes it one of the most liked beer choices.

2. What’s the Difference Between Lager and Ale?

Ale is the other most common type of beer available. The major point of differentiation between the two varieties is in the yeast. The yeast used during fermentation of ale tends to work better in warmer temperatures. It rises to the top of the wort during fermentation of the water and sugar, and helps create a foamy texture and a thick “head” on the beer when poured into a glass. The beer often pours rich and frothy, and has fruity, spicy flavors that are bold and delicious.

Lager, on the other hand, uses cool fermentation yeast that settles to the bottom of the wort during the fermentation process. The growth of this yeast is much slower compared to ale. It creates a subtle, smooth, and lightly flavored beer with a refreshing palate.

3. There Is A Long Resting Period Involved

The term ‘lager’ in German refers to a storeroom or warehouse, alluding to the “storage” portion of the brewing process. After the initial fermentation, Lager beer varieties go through the aging process in colder temperatures for a few months before they are ready to consume. It gives time for the cool temperature yeast to ferment the drink slowly and create a soft flavor. Dark varieties of lager constitute a complex flavor profile that is delicious. They use malted grain alcohol that gives rise to the enriching taste and aroma.

4. Lagers Are a Relatively Young Variety

The oldest known instance of beer consumption dates back to 3400 BCE. Evidence of the same was found in the ancient Mesopotamia region in ceramic containers. In fact, the oldest known written recipe is for beer preparation.

But it was not until the 1500s that the first lager was produced in the Northern European region. It was an accidental discovery that storing the brew in low temperatures with cold-resistant yeast helped to create a sharp taste. The technique grew popular and spread across much of the world. Today regions such as Bavaria are popular for their lager contribution. But this famous discovery was not until the 19th century.

5. It Is Not Always Golden Yellow

One of the most prominent features of lager is the soft golden yellow color and clear, crisp flavors. But lager beer encompasses a diverse variety of drinks with a rich aroma and variable colors. In fact, the original German lager is dark-colored.

Some varieties such as the Schwarzbier are almost black in color. Vienna lager is yet another example of a deep amber-colored lager. Modern brewers use a mixture of bold hop taste with crisp lager texture to offer a unique experience.

The Lager style of brewing began to gain popularity around the globe, but there was one hurdle to overcome to commercialize the drink, and that was cold fermentation temperatures. It restricted the brewing to only cold areas that could meet the minimum temperature requirements.

It was not until the 19th century that refrigeration took over the lager brewing technique. But Bavaria’s lead in using several other cold storage techniques years before helped to produce the drink on a larger scale. They originally used ice caves, which were underground storage areas that could maintain the right temperature for the perfect brew.

7. The Many Styles of Beer That Use Lager Brewing

Lager is a technique for brewing beer that can create several different styles of beer with different tastes. Dunkel is a German-style prepared with roasted malts that come in a tint of amber and are only slightly bitter. Pilsner is a pale beer style with sharp crispiness and delicate hints of bitterness.

Helles is close to a Pilsner and comes with subtle hop flavor and mildly sweet taste. Bock is also a German-style that is rich and sweet, with dominant hints of chocolate. There are also Mass-Market Lagers, Ambers, Czech Lagers, and Schwarzbiers.

There is always a right way to relish a drink to bring out its best features. For Lagers, it is always to enjoy it cold, except for Bocks, which are best served at room temperature. Tilt the glass to about 45 degrees and slowly pour the drink to produce a head that is at least two fingers tall to serve.

You can serve dark and mass brewed lagers in a pint glass or mug and use a Pilsner glass for a Pilsner style. The stemmed goblet is best for Bocks and Helles, and Amber Lagers are best served in steins.

9. What To Serve With Lager

Food pairings elevate the flavor of your drink and give a complete experience. Lagers are a versatile drink that can match your regular finger foods, burgers, pizza, roasted chicken, and even macaroni and cheese.

Pilsners go well with salads and pasta, whereas bocks pair well with chocolate filled desserts. American lagers make the best accompaniment to barbecue, and German varieties are an ideal match for cheese.

The 20th century has seen lager conquer even the British population with its enriching flavors. Today almost three-quarters of the total beer concentration is that of lager. Regardless of where you go in the world, you’re likely to find a lager on tap to enjoy. What are your thoughts on lagers?!