The Tumultuous, Economy-Building History of Rum 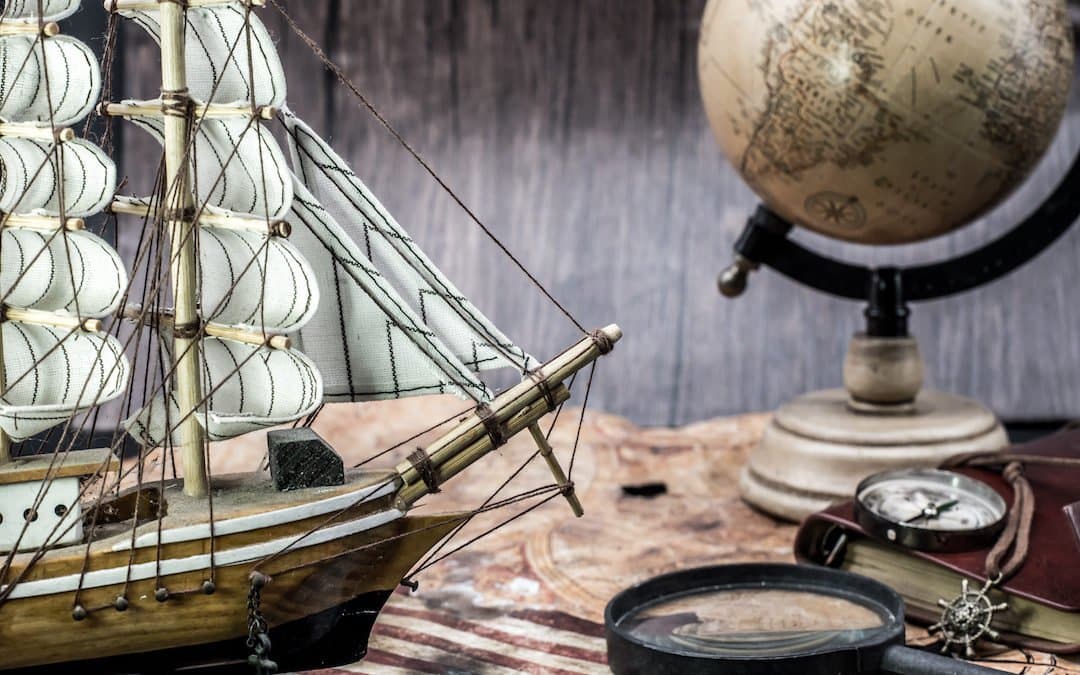 The story behind a spirit is often the most fascinating part of drinking. Not only do you get to sip on a delicious beverage, but you are able to be transported through history and learn about the culture of a people and sometimes even an era. At times it's an uplifting, fun story. Other times there's a darkness to it. Perhaps it's not a coincidence that one of the most famed rum cocktails is called the Dark 'N Stormy (delicious by the way – maybe go make one now as you sit down to read all about the history of rum!). Rum's history isn't an easy or pretty one, but it is an important part of the world's history. Without rum I'm not sure how New England would have turned out…what their primary export and trade currency would have been to really kickstart their success in the New World. But I'm getting ahead of myself here…let's take it from the start.

Sugar cane was first cultivated in New Guinea and first fermented as early as ~350 BC in India. Back then, however, these fermented drinks were primarily used medicinally and with purpose. Fast forward to the 1400s, where the explorers we all learned about in grade school started opening up the worlds trade routes through their explorations. As remote islands began to be discovered, so was a perfect climate for growing sugar cane. Sugar, similar to spices of that time, was highly valued on the trade route, yet it required incredible manpower and water.

Let There Be Sugar Cane

Islands have plenty of access to water. Manpower though? Not so much. By this time, slaves were an obvious and unfortunately easy choice. Explorers began to increase sugar cane production on islands such as the Azores, Canary Islands and eventually the Caribbean. In order to do that they also needed to bring in more slaves. While the African slavers accepted many forms of payment to supply slaves to the European colonists the most highly sought after payment was alcohol. And while beer, wine and mead were easily made in certain regions of the world they didn't fare well on the long ocean journeys. Nor were they very strong. Brandy was one of the early spirits to step up and fill the need for lower volume with a higher punch, but as the trade routes allowed for increased supply of sugar a new spirit became a fast-favorite of slave traders, slaves and explorers alike.

The discovery of Barbados in the early 1600s was an important gate to rum's soon to be global popularity. Given the perfect climate of Barbados, explorer Richard Ligon brought in sugar cane expertise from Brazil including equipment, slaves and, most importantly, distillation know-how. In less than 10 years the sugar barons of Barbados became some of the richest in the world, with a prospering sugar and rum export industry. Rumor has it, this spirit was initially known as "kill devil" for it's strong effects with a less than desirable taste. While the poor drank it straight, others began mixing it with sugar, lime and other ingredients to make early rum punches and cocktails. As time went on, there are indications of the spirit also being referred to as Rumbullion or Rumbustion. Both of these terms meant upheaval or violent commotion – likely for the effect that this spirit had on those who drank it. Eventually shortened to Rum we have our modern name for this spirited drink.

New Englanders On The Rise

Around this same time in the mid-1600s there were roughly 3,000 colonists living in New England. When they first settled, roughly 20 years earlier, there were dreams of a mediterranean bounty coming from this new world. Little did they understand the harsh climate of New England…not exactly suitable for the wines, grains, fruits and valuable silks/gems they were hoping for. It was a tough revelation and to make matters worse there was also a beer shortage in England. Meaning New Englanders weren't getting as much beer imported as they hoped to help soothe their disappointments. We're starting to get restless people! They started to try to make alcohol from anything that grew there…pumpkins, apples, twigs, you name it. Some of it was somewhat successful but nothing scratched their itch for drink the way the introduction of rum from Barbados and the other Caribbean islands did. Yay rum!

You see, rum was much cheaper than the little bit of brandy they were importing given the shorter trade routes and cheaper ingredient base of molasses (an otherwise useless by-product of sugar making). Plus, rum was quite a bit stronger. Cheaper and stronger?! Rum quickly became the drink of choice in New England, warming the colonists from the inside during the cold winters and lessening their reliance on European imports. Soon enough those clever New Englanders got the idea to import molasses from the islands instead of rum and start distilling themselves. This is now the late 1600s and towns like Salem, Newport, Boston and Medford became rum distillation epicenters with over 100 distilleries by the mid 1700s.

As New Englanders perfected their craft of rum distillation, making it some of the most affordable alcohol on the market, they began to seek more sales outlets. Enter, again, the slave traders who now had an unquenchable thirst for this spirit. Some distilleries in New England were even known to make higher alcohol versions of rum specifically for the slave trade. By this point, rum accounted for 80% of New England's exports.  Eighty Percent! And it also solidified a slave-dependent economic system. The more slave traders and slaves who wanted rum, the more sugar production was needed in order to produce molasses.  The more sugar you need the more slaves you need to produce that sugar on the islands. More slaves means more demand for rum from both the slaves and slave traders. Yikes.

The RUMblings of a Revolution

Given the importance of rum to this new economy, it's no wonder New Englanders freaked out when England tried to impose an import tax on molasses from French colonized islands (New England's primary source of molasses). This eventually led to the Sugar Act in 1764 where a tax was levied on molasses. Thus began the early rumblings of, "No taxation without representation," which grew stronger with subsequent tax schemes on other good throughout the colonies from England. Yup…we're getting mighty close to the Boston Tea Party folks. Who knew a lot of this slippery slide towards revolution started with rum?! Not surprisingly, once the fighting began rum was, again, one of the most sought after commodities. One general, writing to George Washington in 1780 was quoted saying, "Besides beef and Pork, bread & flour, Rum is too material an article, to be omitted. No exertions out to be spar'd to provide ample quantities of it."*

So where to do we go from here? The British surrender in 1781 and our country desperately seeks stabilization.  Rum continues to be the drink of choice along the coast but the supply of molasses was pretty disrupted during the war. Meanwhile more settlers are arriving on our shores and moving inward where there is more wide-open land and untouched resources. Many of these immigrants were from Ireland and Scotland. These new immigrants didn't have experience with molasses distillation but did have plenty of experience with grain distillation. You know what grows real well in middle-America? Grains. So Whiskey and other grain-based spirits become more common and the height of rum's popularity begins a slow decline as the new kid in town becomes all the rage.

A Second Rising of Rum

Present day. I, for one, am thrilled to see that rum is getting it's second chance. And not the "fruity cocktails to mask the flavor" kind of second chance. But a real second chance worthy of this amazing economy-building, revolution-spurring spirit. Rum's history is certainly tainted with an awful part of our own global history but the ingenuity and persistence of those early distillers is not to be lost. As John Adams himself said in a letter to a friend, "I know not why we should blush to confess that molasses was an essential ingredient in American independence. Many great events have proceeded from much smaller causes."* Craft distillers across the country, particularly in New England, have taken up the cause of bringing rum back to the forefront of American spirits. And they're doing it beautifully and deliciously…

So, now that we have you up to speed with what rum is and its own dark n' stormy history it's time to dive in and get drinking! Stay tuned for our upcoming video on New England Rums and our next article where we'll cover the different styles of rum and give some recommendations for craft rums that we just love. In the meanwhile we'd love to hear your thoughts on the history of rum. Do you agree that better understanding a spirit's history and origins helps you better appreciate the drink itself? For us, it's like travel in a glass and we hope it is for you too.

*Sources: "A History of World in 6 Glasses" by Tom Standage and the American Distilling Institute's Rum Workshop (3/29/18) at New Deal Distillery