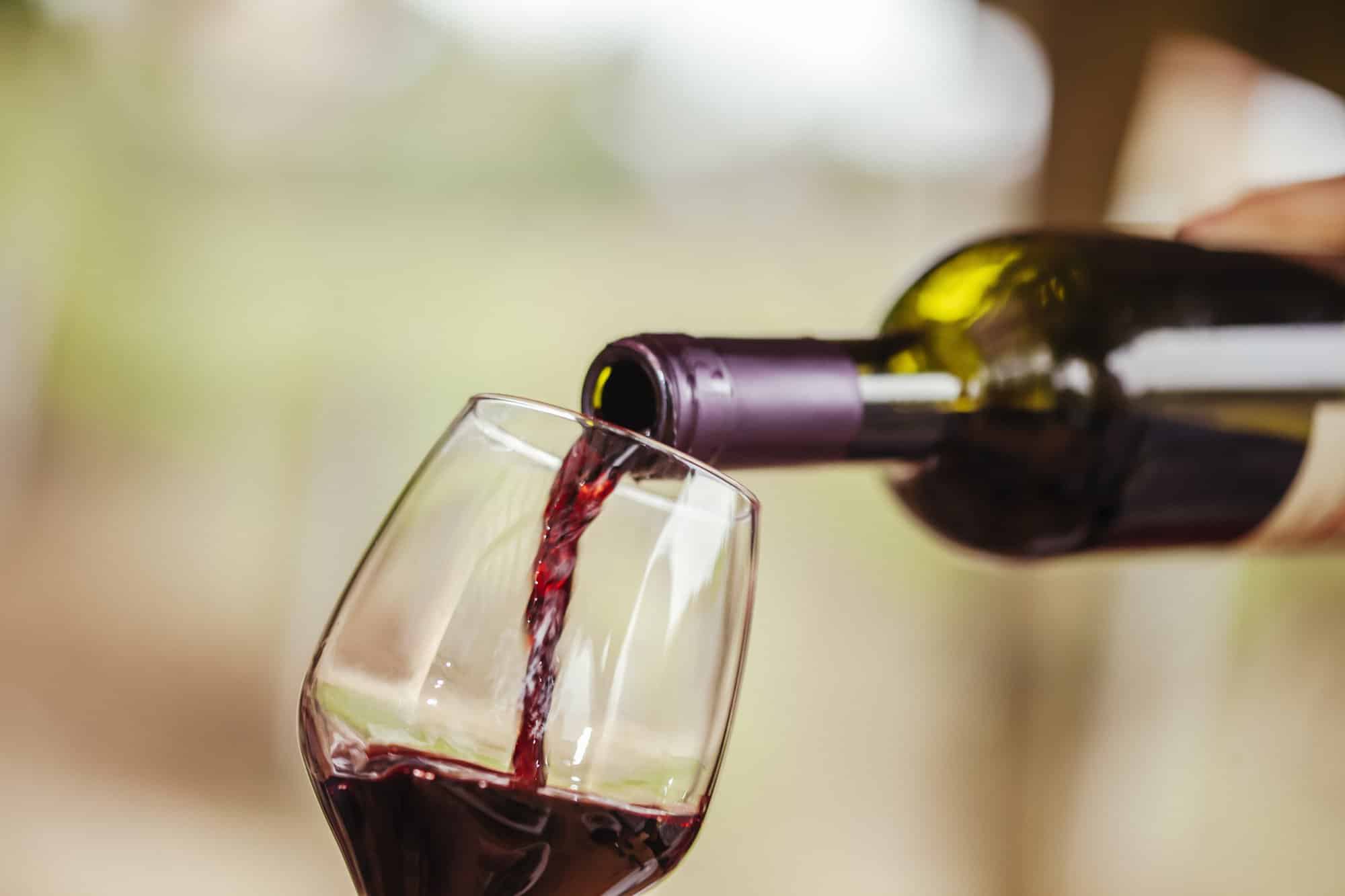 When it comes to California wine, the state has a wide selection of well-cultivated grapes. There is no doubt that one of the beautiful parts of the California wine industry is that there are world famous examples in this one state of just as many grapes as the entire country of France. Do you want a well balanced Pinot Noir with haunting aromas and elegant flavors? They have it. Do you want a Syrah exploding with flavors of stewed fruits, pungent herbs, and tingly spices? They have that too. How about a Zinfandel? California is basically the only place to find it, so much so that at one point it was thought to be indigenous… But when it comes to production (and perhaps popularity), the King of all red grapes in California is Cabernet Sauvignon.

Learn more firsthand from two fantastic Cabernet Sauvignon producers—Jax Vineyards and Hawkes Wine—at our Virtual Tasting Experience on Thursday, June 18th at 6pm PST. Join here and pre-order our featured wines to sip along with us and enjoy 1¢ shipping on the featured 2-pack!

It’s true that Chardonnay is Queen in California. As far as wine grapes go, Chardonnay is the most planted variety at 29% but Cabernet Sauvignon follows right behind at 22%. Alternatively, Cabernet Sauvignon takes the cake as the world’s most widely planted wine grape. So what is it about Cabernet Sauvignon that is so popular, particularly in California? One answer is that Cabernet Sauvignon is a hearty grape that can withstand intense heat, ripens late (so it rarely gets burned and the ripeness can be controlled), and can thrive well in dry soils that would be considered “less-than-ideal” by farmers of other crops. That said, it’s not a cheap grape to plant and it’s not a cheap wine to make. So the popularity of Cabernet Sauvignon among vintners is not strictly driven by its resilience. The fact is people love it. Across the world it’s a “go-to” wine for many people whether it’s the inexpensive, bulk production examples or the top-tier, expensive, high quality wines of the world. It’s safe to say that the flavors of Cabernet Sauvignon are simply something that most people enjoy.

So, what are the aromas and flavors that make Cabernet so popular? Well, the both disappointing and true answer is this: It depends on the region. But generally, Cabernet can be described as full bodied wine which expresses rich flavors of dark fruit, sometimes accompanied by red fruits, and accented by light aromas of dried herbs. You should also expect integrated flavors of baking spices, vanilla, chocolate, coffee, cocoa, and tobacco. These flavors come from oak maturation. In a cooler location or from a cooler vintage, you can expect these flavors to be less rich but balanced with higher acidity and lower alcohol compared to hot and dry locations or warm vintages. In the end, you can see that Cabernet expresses flavors that are highly attractive not only to seasoned wine professionals but the casual wine drinker. as well.

Looping back to the California wine industry, you might assume that the 22% production makes a lot of sense given all the virtues of Cabernet Sauvignon. But that isn’t the only reason that Cabernet rules California’s red wine industry. If anyone has ever seen the movie “Bottle Shock” you may recall the famous 1976 Paris blind tasting, the film’s central topic. French wines were tasted side-by-side with California wines. The movie focuses upon the white wines (Chardonnay) at the tasting, leaving out a key fact: California took first place not only in the white wine category, but a Napa Valley Cabernet Sauvignon was King of reds, beating out all the famous chateaux of Bordeaux. If there wasn’t sufficient evidence before that tasting, there has been no doubt since then that California produces world class Cabernet Sauvignon. Even more of a reason to pick up our selections by Hawkes Wine and Jax Vineyards for next week’s tastings.

The grape itself isn’t the only reason Cabernet Sauvignon from California is popular; the terrior of California showcases the best of what Cabernet has to offer. There are a few features about California that makes it so suitable for Cabernet. Looping back, the movie “Bottle Shock” is also relevant here. There is a great line which can go unnoticed if you aren’t paying close attention. The vintner Jim Barrett’s character is waxing poetically about California vineyards when he says something that is right on the money:

“The soil here is volcanic and alluvial. We can control the irrigation and water retention in these soils easily. We keep them dry to produce a hearty grape. A well watered vine produces a small lazy grape that produces a lazy wine.”

This is a great summary of the sub regions where California Cabernet is planted. The key word here is dry. It’s not just the soil but also the climate. All of the regions where Cabernet is grown in California are considered to have a Mediterranean Climate. That means that it is not only hot but that the rainfall mainly occurs during the non-growing season. The growing season for wine grapes in most of California is long and dry. Cabernet Sauvignon grown in these conditions ripens for a very long time. This means the extraction and subsequent marination of flavor compounds from the skins occurring both inside the grapes and after harvest is longer. This results in more concentrated and integrated flavors from both the skin and the pulp of the grape. Think of it like marinating a piece of steak. The longer the steak sits in the marinade the more integrated into the meat the flavors become. On that note, you should absolutely pick up both wines by Hawkes Wine and Jax Vineyards and pair them with some steak after The Crafty Cask’s virtual tasting on Thursday June 18th. Cabernet Sauvignon and steak is a classic pairing and California Cabernets are some of the best wines for it. We prefer Ribeye!

You can generally expect California Cabernet’s lush black and blue fruit flavors with a silky or velvety mouthfeel and a rich long finish of vanilla, mocha, sweet tobacco, and baking spices. The flavors make the wine a meal in itself. Leading up to the event on Thursday, tasting notes for these wines will be provided and go into further detail on the flavors of California wine using these wines as a medium for exploration. Grab a the featured 2-pack of Hawkes Wine and Jax Vineyards so you engage with the notes as well as the tasting. It’s a wonderful opportunity to deeper explore the varietal that is California’s King of the red wines. See you Thursday!