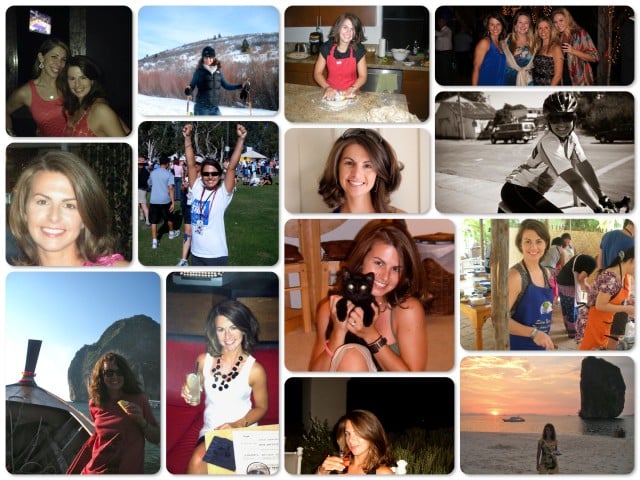 A bit of a self-involved collage, but sometimes you need to remind yourself of how awesome your life is!

Back? Back from where?! I know…I never really said I was leaving but if you’re paying attention at all I’ve clearly been slacking on posting and not keeping SavoryGirl updated the past few months. It wasn’t really intentional. I mean I knew I was doing it, but I wasn’t sure how long it would go on so I never really addressed it. You see, I’ve had A LOT of transition in my life lately. Going through a divorce, buying a condo and generally focusing on starting Chapter 2 of this amazing thing they call life! The good news is that it’s all been for the better. Divorce is hard, I’m not going to deny that…especially when you’ve been with your husband since you were 19, but I’m extremely fortunate. It’s truly for the best for Christian and I since we simply grew apart and realized we wanted different lives. Neither of us did anything wrong, neither of us feels the victim, it’s just what needed to happen after a great 14 years together which neither one of us would trade for anything. We’re completely amicable, still friends and even still social at times. But like I said, it’s still hard.

Remembering what you liked to do on your own, figuring out how to fill an amazing amount of new free time, reconnecting with old friends, expanding your social network to better reflect who you’ve become, etc… And honestly, I haven’t been doing a great job of it lately…a friend helped me realize that last night when she asked why I stopped with my blog that I used to be so passionate about. And she’s right. Then it made me think about my cooking now…I kind of dread it since I’m cooking for one, but I used to love the simple act of cooking. This is all even more crazy because my new condo has an amazing new kitchen with a dishwasher and everything…so if anything I should be cooking more!! I guess sometimes it’s easier to sit around, be negative (watch WAY too much TV amongst a few other unhealthy habits I developed) and complain about being bored and lonely than actually do something about it…but that stops now. So I’m back!

No idea what this means for SavoryGirl just yet…I’ll likely just pick it up in a similar way as I left it but since I felt like it wasn’t very successful (one of the other reasons I took a break) I think some changes need to be made to make it more compelling and really start to build a following of some sort. If you have any ideas let me know…I’ll be noodling on it for the next few weeks or so and likely try lots of things out before I settle on anything.

Thanks for listening, I know it’s a little off-topic from my usual SavoryGirl posts…but I needed that. :)