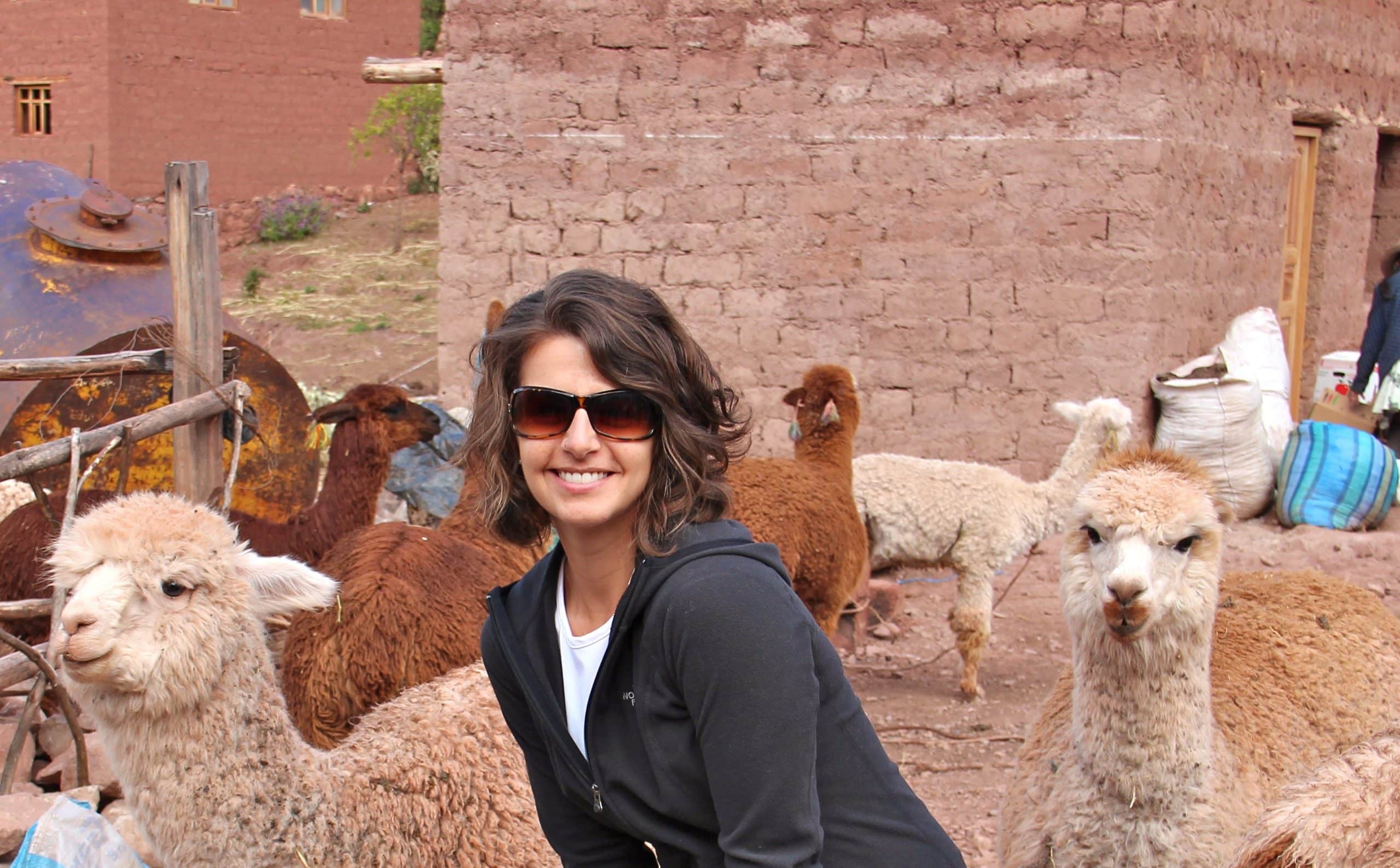 Alpaca is a cute furry animal that I had honestly never even considered eating…wearing in the form of a furry hat or sock, yes.  Eating?  Completely unexpected!  I’m not even sure I knew that there were people who ate Alpaca until I got to Peru and started seeing it on menus everywhere.  Of course, a gastronomic cultural explorer like me had to try it, and boy am I glad that I did.  Not only is alpaca mild and slightly sweet in taste, but it is also tender, lean and low in cholesterol. I enjoyed alpaca in the many preparations that I tried so much so that, since returning from Peru, I’ve honestly found myself craving it a bit!

Our first Alpaca adventure came in the form of Alpaca Tartar at Astrid y Gaston in Lima.  Having been named as one of the top 50 restaurants in the world, it was a pretty safe bet that this dish would be a winner regardless of the focus on this new, strange meat.  The tartar was served in three ways along with waffle cut potato chips.  The first preparation was traditional in style…quail egg on top with a bit of hot sauce to go along with it.  The other two preparations were international journeys in their own right with one taking us to Japan with flavors of wasabi and ginger and the other bringing us back to Thailand with Thai chilies and mango.  All three were distinct and amazingly delicious with the alpaca being lighter than your traditional steak tartar.  It’s almost what I would expect from a pork tartar if one were to exist.  And I love me some pork!

Our second taste of Alpaca was in the form of grilled skewers…slightly crisp on the outside and juicy and tender on the inside.  In this simple preparation the Alpaca was almost like a hybrid between pork and chicken.  The texture was very similar to well-cooked chicken but it was more flavorful.

Next, we went back to raw alpaca with an amazingly delicious alpaca carpaccio that a friend of ours ordered and shared.   These paper thin slices of carpaccio were covered in a light vinaigrette with capers and the local cow’s-milk queso fresco.  Scoop them up with crispy sweet potato chips and you had a little party in your mouth.  Fantastic!

Lastly, we tried grilled alpaca steaks in a coca sauce and quinoa risotto.  This was amazing…I would honestly eat this once a week and it might often replace red meat as a healthier option.  The thick cuts of alpaca were cooked medium rare, super juicy and the sauce was flavorful and had the distinct essence of the coca leaves that are so prevalent throughout Cusco.

After enjoying this delicious meat myself I would love to see the market for alpaca consumption developed in our own country, but until then it will just have to be one of the many reasons to get me back to Peru.  Next time you find yourself in South America keep an eye out for alpaca and give it a try!

Click here to read more posts from my series on Peru…