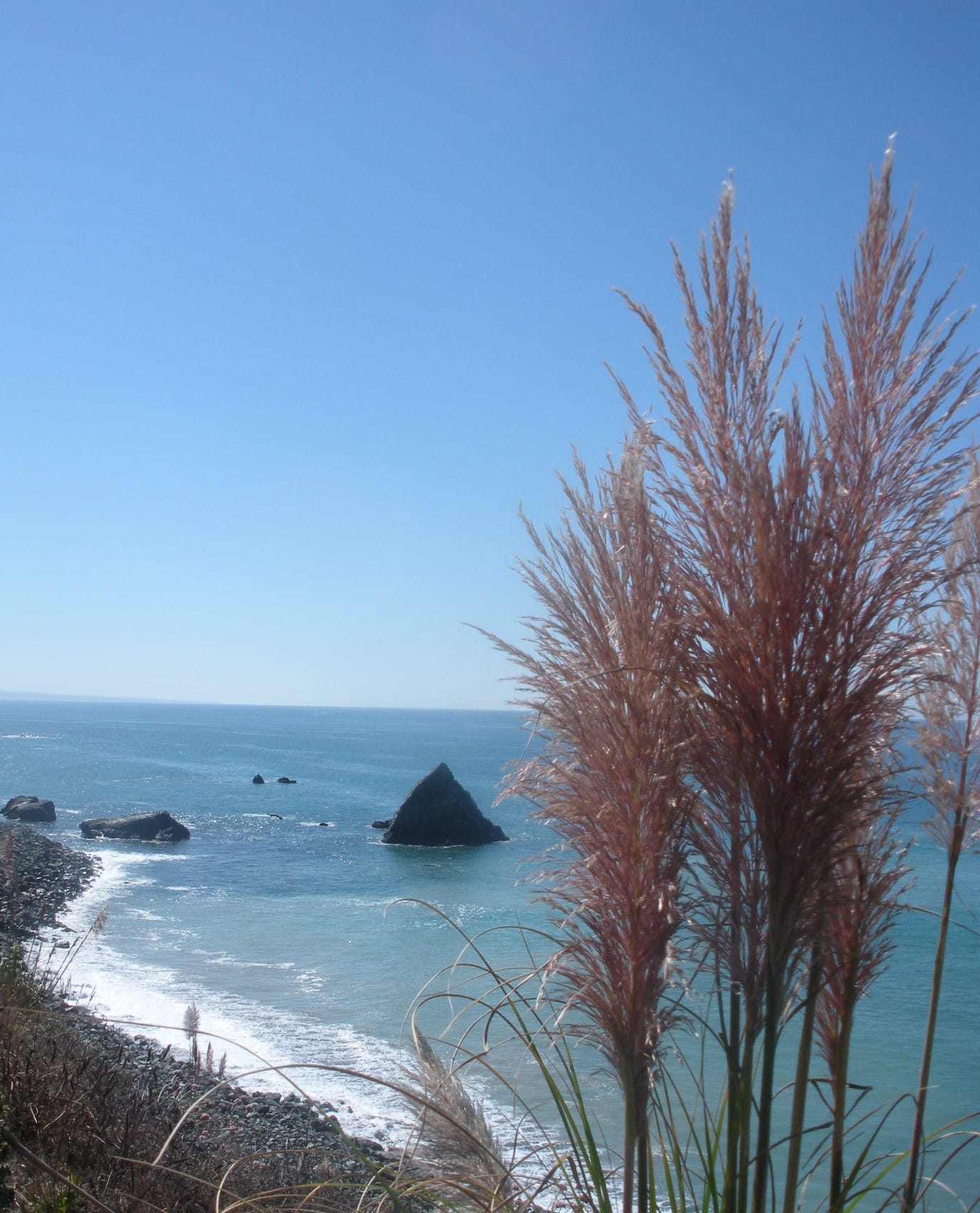 This, my friends, is why we live in California.  I mean really does it get more serene and beautiful than this?  The day of this photo was an interesting one…near the start of a true life experience.  It was Day Two of the Brita California Climate Ride, a ~350 mile ride from Eureka to San Francisco. Since Brita was the title sponsor and I worked at our headquarters out here in the Bay Area, a co-worker and I came up with the idea of forming a team and doing it.  The twist? Christian and I didn’t even own bikes at the time of this brilliant idea.

So, we went out and bought 2 bikes (which turned into 4 bikes when we quickly realized that hybrids weren’t going to cut it and invested in road bikes as well) and followed the training plan to a T for the next 3 months.  This meant that some weekends all we did was ride…a 50 mile ride on Saturday followed by an 80 mile ride on Sunday, for example.  Along the way we completely fell in love with cycling and renewed our love for the Bay Area, which you see in a whole new light at 10-30 miles an hour from the saddle.

I digress…back to the photo.  This photo was taken about half-way through Day 2….so around 105 miles in to the ride.  We had just struggled for over an hour to make it up and over the infamous Leggett Hill.  Infamous for it’s long and slow 1,040 foot ascent.  The first of two scary milestones in this ride (the second being the Century Day…especially for those of us who have never done a Century, like me!).  After battling this hill and cruising back down through moss-covered forests with a bobcat leaping across the road in front of you (no, seriously), one more “harder feeling than it is” ascent and you’re catapulted directly into this amazing view.

The iconic cliffs of Northern California with clear sunny skies, rock formations in the distance and beautiful and bright vegetation all around.  The spouting whales off the coast were a nice touch as well (again, seriously).  You could almost hear the Angel’s singing as you stopped for a photo and devolved into giddy laughter.  We did it!  We conquored Leggett Hill! Only 230 or so miles to go!  Oh wait, that last pice isn’t inspiring or helpful!  But really…look how elated we are:

So, to close this out, I do have to give a plug for the Climate Ride.  If you’re into cycling at all…or even if not…the California Climate Ride is a life changing experience.  It is the most beautiful, peaceful ride and there is nothing better than having a full week to clear your mind and do nothing more than ride, eat & sleep.  The cell phone coverage a’int great up in these parts, folks…truly disconnected.  Which means truly rejuvenating. And of course, it’s all to raise money and awareness for a great cause!  The ride is fully supported with great food, tent/gear transportation, amazing mechanics and ~300 new friends.  Trust me, when I broke a relatively rare spoke right in the middle of a steep hill those mechanics & new friends with a loaner bike saved my near-forfieted century day around mile 80.  I would have been distraught if I had to give up even a mile…I mean seriously, look at that pout when I thought I was going to have to give up!

So if you’re interested in this ride, or the NYC-DC ride, check out the link here.  For reference, the rough schedule for our ride back in 2010 was as follows: