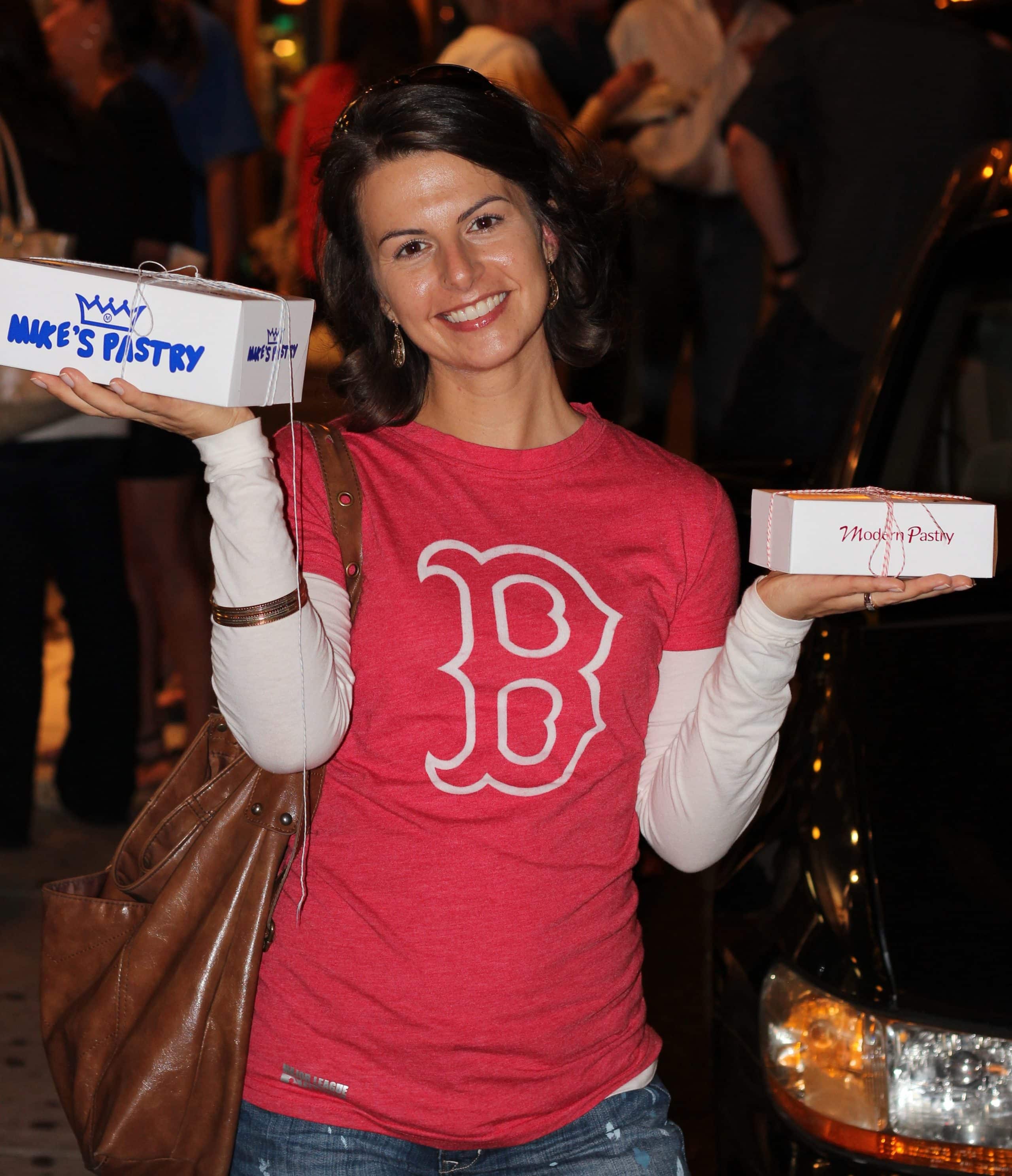 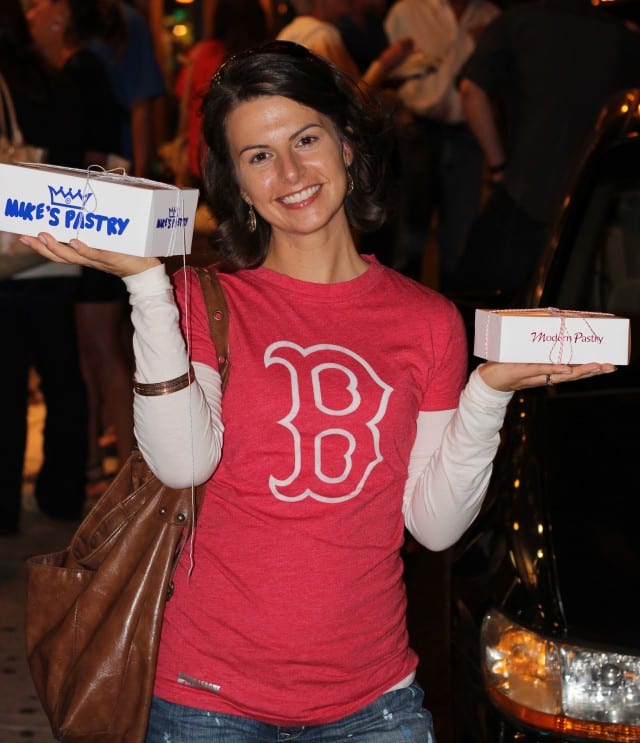 As most of you know, I’m from Massachusetts and a proud Mass-hole through and through despite having lived on the West coast for over 10 years now. While I didn’t grow up in Boston, I did grow up heading into the city pretty often throughout my childhood for museum visits, parades, Red Sox games and of course, cannoli from the North End. So every time I return to Boston I make a bee-line straight for my old stand-by, Mike’s Pastry, to get myself a cannoli experience filled with childhood memories, nostalgia and yummy Italian pastry.

But on a recent visit when I was doing a bit of foodie research I kept finding mention of another fan-favorite cannoli spot, Modern Pastry, and I had to wonder…could it stand up to my Mike’s? Could these other people possibly know something I didn’t when claiming that Modern, not Mike’s, had the best cannoli in town? Only one way to find out…enter SavoryGirl’s Great Boston Cannoli Taste-Off! 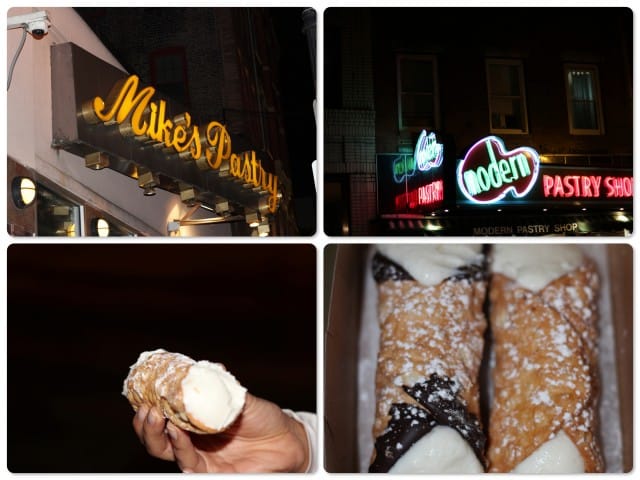 So first things, first….acquiring the cannoli. 10pm after a Red Sox game, my best friend and I along with our husbands headed to Mike’s and then Modern to get a plain cannoli and a chocolate dipped cannoli from each spot. The vibe of each bakery was extremely different.

Mike’s, just as I remembered, is bustling, disorderly, frenetic and has an air of anticipation within the large open bakery. A ridiculous assortment of cannoli type to choose from…not necessarily traditional, but certainly something for everyone. The women behind the counter are a bit gruff but in a forgiving way…almost as if they’re playing the stern but loving Italian grandmother role.

Modern, on the other hand, is quiet and orderly with customers queuing in a straight line outside of their tiny shop. The cannoli selection is much more limited, but definitely more traditional. The women behind this counter are similar to those at Mike’s in the sense that they also aren’t friendly or warm but instead of being gruff, they are curt and short on patience with their customers. 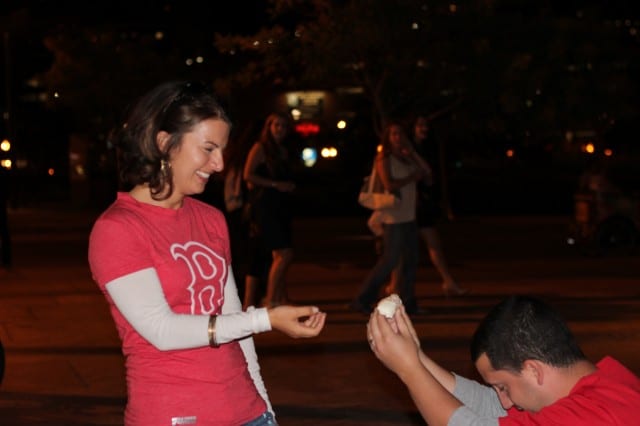 So now onto the cannoli themselves…we removed ourselves from the potentially biasing atmosphere of either bakery and walked down to the Greenway right outside the North End to do the tasting itself. Jeff, always one to play along, presented the first cannoli to me in grand first-bite tasting style. We of course ensured that I had no idea which box the cannoli came from so that this truly was a blind taste-test (I am a researcher by trade after all). As you can see above, our theatrics were starting to draw a bit of attention… 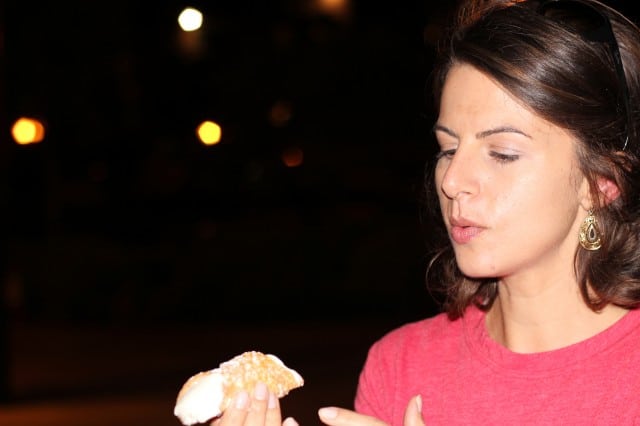 The shell: light and crispy but almost too crispy…strangely reminding me of the texture of a deep fried won-ton wrapper vs. a proper cannoli shell.

The filling: light, creamy and perfectly sweetened. Not too sweet, but just sweet enough and certainly not heavy or dense as many sub-par cannoli fillings are. 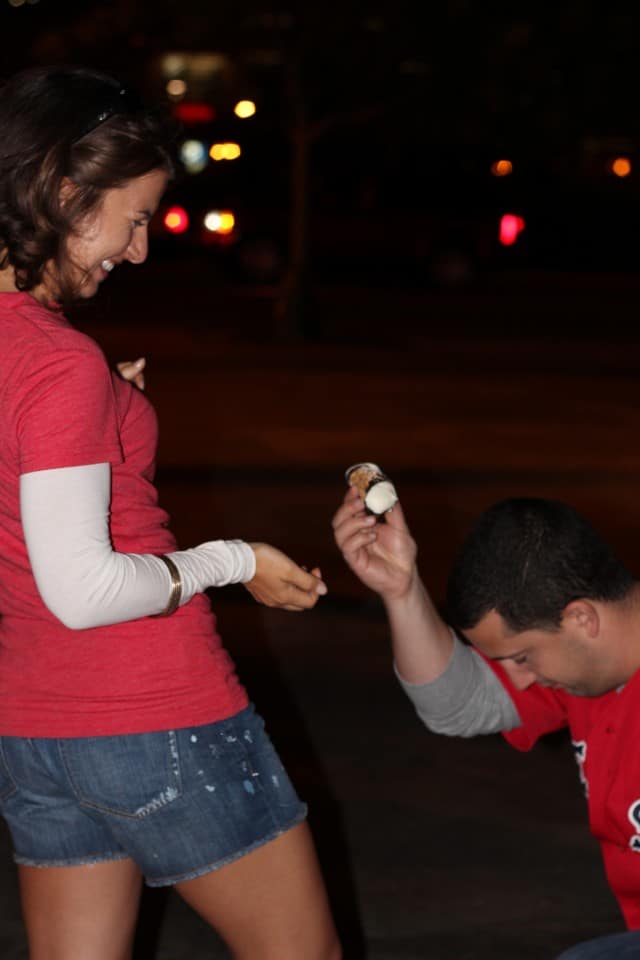 Cannoli from bakery number two (we did this for both chocolate dipped and plain but compared apples to apples…so don’t let the difference in cannoli type in the pictures I chose concern you!)…again, presented in grand style by Jeff.

The shell: crisp and light…delicate yet firm enough to stand up to the weight of the filling. Much better consistency and flavor than the first one.

The filling: the sweetness was just right, but it was a bit dense and almost a little chunky for my liking.

So, now we have a conundrum…I like bakery number one’s filling better but bakery number two’s shell better. But when evaluating each cannoli as a complete bite and considering the interplay between the shell and filling there is a clear winner… 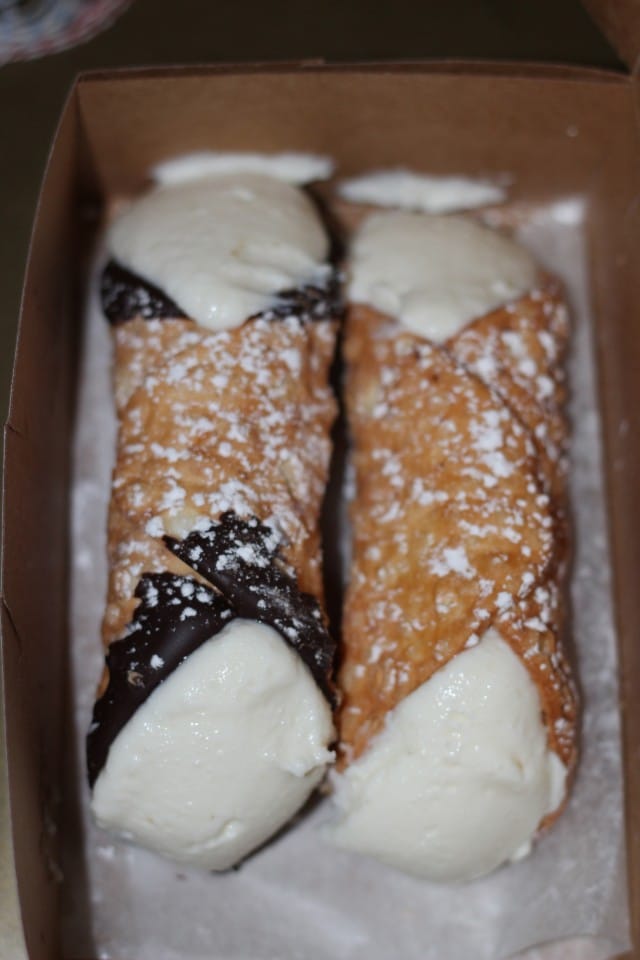 …and the winner is…Modern Pastry!

This of course, is a crushing blow to me when I find out that my cannoli of choice isn’t my beloved Mike’s Pastry…but that’s the beauty of a blind taste taste. It separates the true taste from the experience of the bakery, the nostalgia of my childhood memories and everything else wrapped up in just those words “Mike’s Pastry” in my mind. 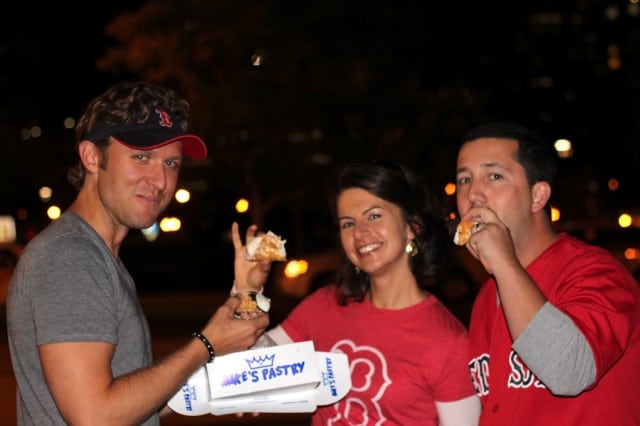 Now that the official taste test is over, it’s time to just dig in and enjoy the remainder of the four cannoli! One would think that four cannoli for four people at 10pm at night would be enough, but no, we also had to make sure to get another Italian bakery classic, the Rainbow Cookie…which if you’ve never had you must try. Particularly if you like the flavor of marzipan…add that with a bit of jam and wrap it in chocolate and you have a tasty treat! 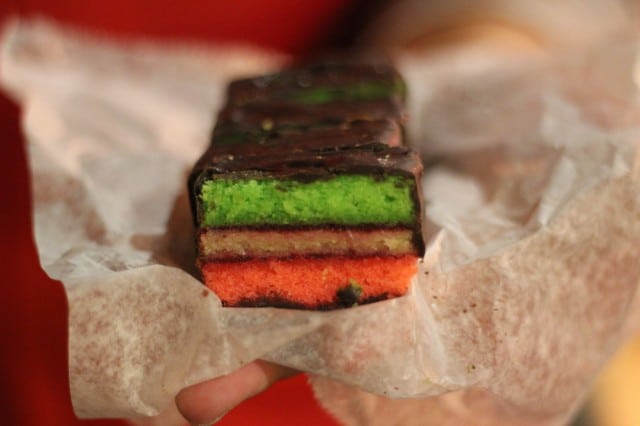 So as I reflect on the Great Boston Cannoli Taste-Off, I have to ask myself…when friends ask me where to go when visiting Boston in the future, will I really tell them Modern instead of Mike’s now? The short answer is no. Why? Well for me the North End cannoli experience is about more than just the cannoli itself…it’s about getting a taste of the North End and for me the Mike’s Pastry experience and atmosphere is a big part of that taste.

And to be honest, now that I’m no longer a child I can actually admit that neither one of these cannoli are likely the best cannoli in the North End or anywhere else for that matter…and if that’s true, then it’s definitely more about the experience for me. So next time I’m in Boston, you’ll find me at Mike’s…knowing that I’ll be a bit disappointed in the shell, but still at Mike’s enjoying my moment and those gruff, grandmotherly ladies sprinkling powdered sugar on my cannoli… 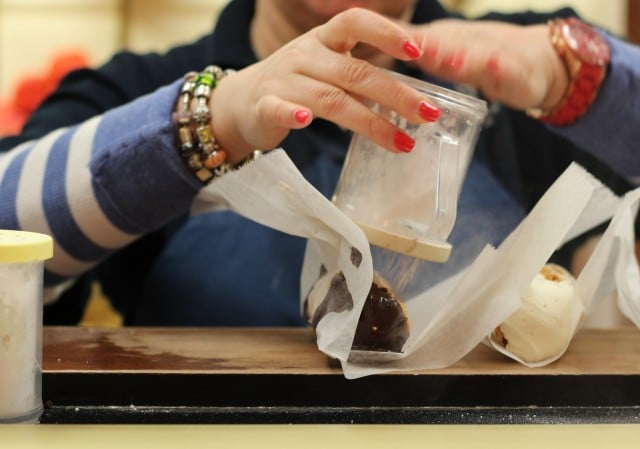