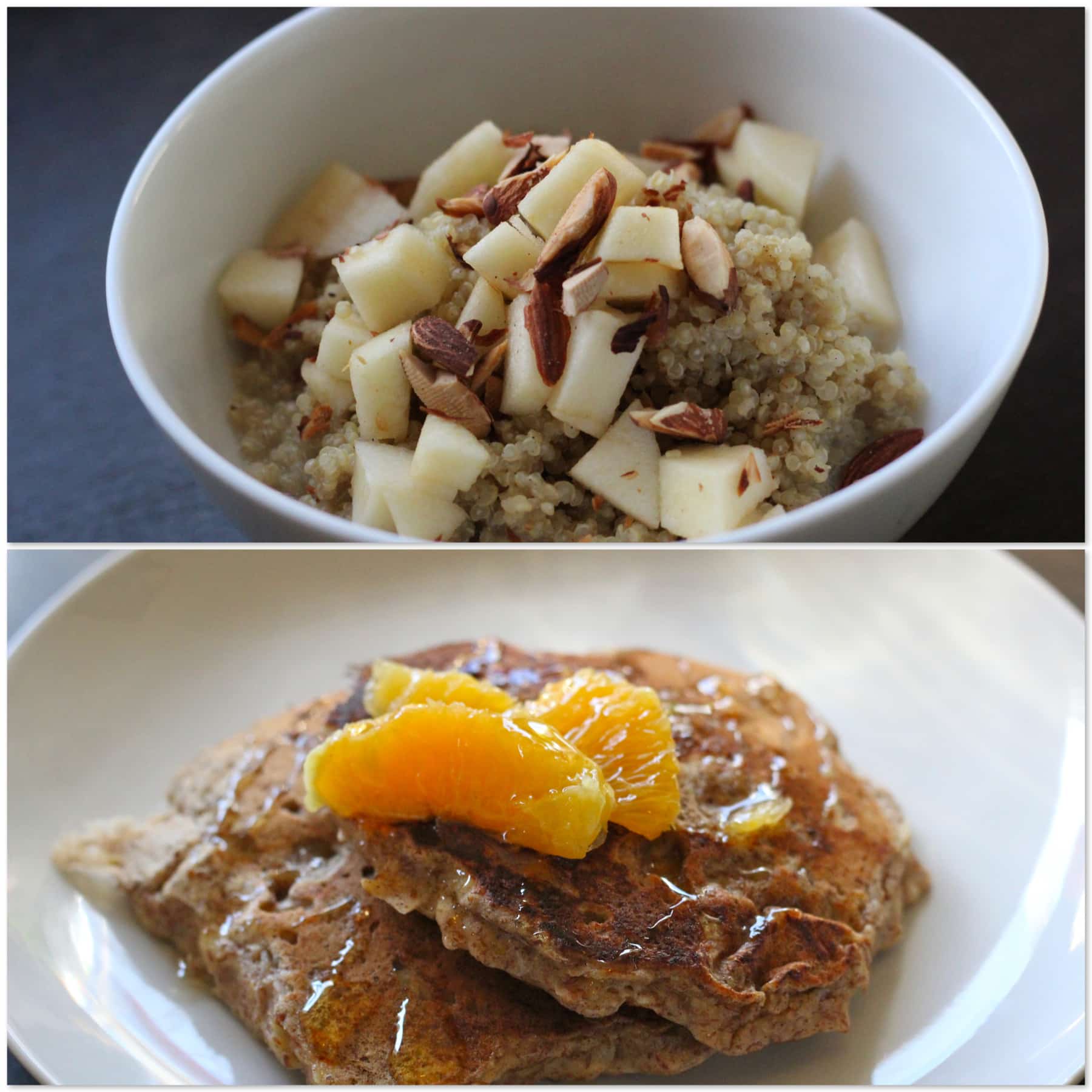 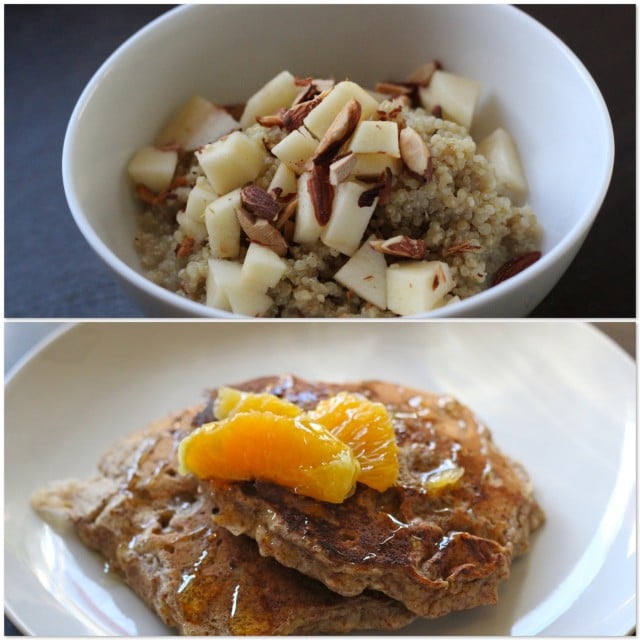 The 2013 Whole Living Detox is still in full swing in the SavoryGirl household…two weeks down and one to go!  I’m still feeling pretty great…the turbulent tummy and headaches of week one are gone and I’m still sleeping really well. I’m not waking up naturally as easily and early as I did week one, but I guess it’s to be expected that your body would adjust. I don’t think I’ve lost any more weight but I have maintained the same weight since week one so certainly not gaining any back. Week two brought back gluten-free grains, fish and the sweet relief of real breakfast again which made me extremely happy.  Breakfast is by far my favorite meal of the day so the smoothie-only breakfasts of week one were a little tough!

The Cardamom Quinoa Porridge with Pears and Toasted Almonds shown above was really good and probably something I’ll continue to make even after the cleanse is over. Kind of like oatmeal, but a bit lighter and more savory. Christian could practically live on pancakes so he was thrilled to see them included in this week’s menu and these healthy Banana-Oat Pancakes with Orange Segments and Honey did not disappoint! Nice and crispy on the outside (which I love!) and fluffy on the inside.  The only thing we would likely omit next time around is the coconut…the unsweetened coconut flakes that we can usually find are just too large and firm so it kind of messes up the texture you’re looking for in a pancake. 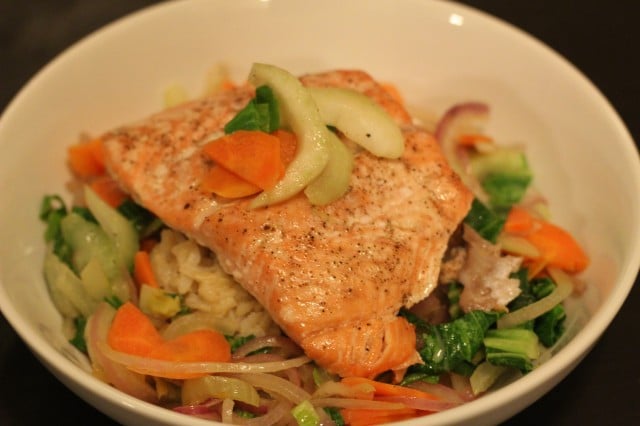 One of our first meals this week was this Baked Salmon in Coconut Broth served with brown rice and thinly sliced carrots, red onion and bok choy.  In theory this sounded delicious, in reality it was a bit bland. So we had to really season up the broth with red pepper flakes, salt and pepper.  Once we did that it was quite tasty and clearly a very healthy and wholesome meal. 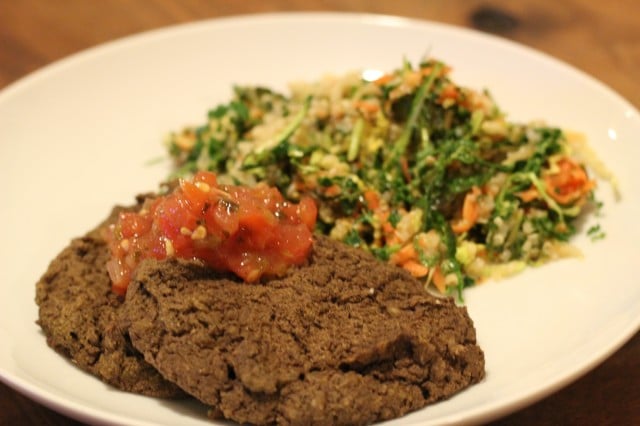 We ate this Sesame Kale Salad for lunch quite a few days this week which turned out well because we absolutely loved it. Tangy, crunchy and very filling for a salad…especially since we added in some toasted almonds.  We served our leftovers with these Black Bean & Brown Rice Patties for dinner one night.  Let’s be honest, black bean & rice patties don’t sound all that interesting and I’m sure they don’t look all that appetizing in the photo above either but Christian and I were both surprised at how much we enjoyed these.  We cooked them a bit longer than the recipe called for so they got extra crispy and served with a dollop of fresh salsa for a bit of a kick.Yum. 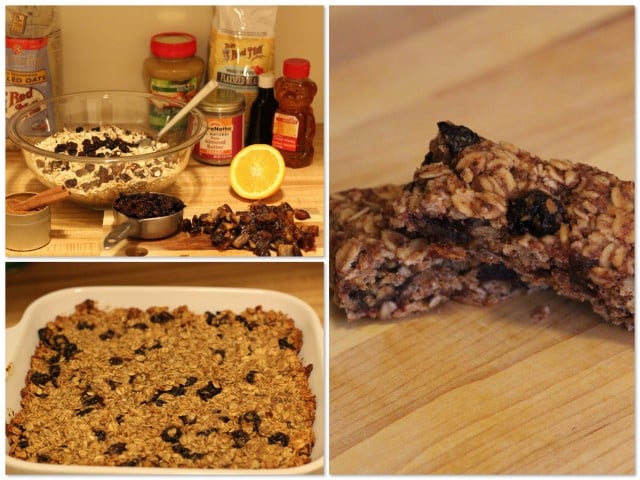 Snack time! This week in addition to the Toasted Coconut Trail Mix from last week I decided to make these Cherry Date Oat Bars.  By this time in the cleanse I was desperately craving something chewy…it was surprising to me how much I missed all the foods that have gluten in them! I’m big on texture when I eat, so I made these hoping that they would fill that chewy hole in my diet and did they ever.  So much so that I ended up making a second batch.  They almost taste like an oatmeal cookie and they make your house smell absolutely divine. The only change I made in my second batch (and third batch for week 3!) is that I used a 9×12 pan instead of the 8×8 pan that they called for so that I could spread them out more to end up with thinner, crisper bars. 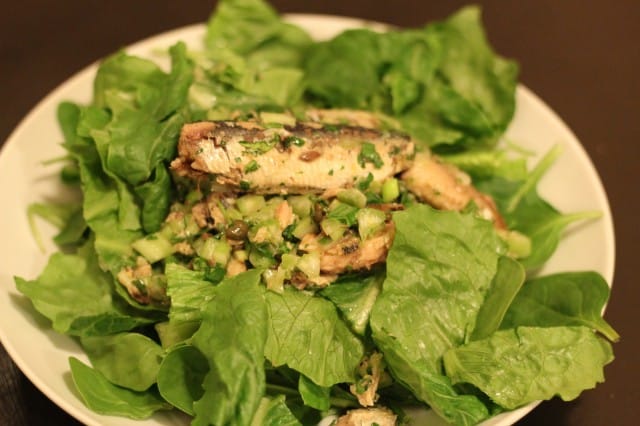 Up next…Lemon-Herb Sardine Salad. We weren’t super excited about this one, especially for dinner since it seemed a bit light. I used to love sardines as a kid but I haven’t had them in years so I just wasn’t sure I would like this, but again, these recipes do not disappoint! The salad dressing is the real winner of this dish…super tangy and flavorful, but I really enjoyed the sardines as well.  To be honest I don’t think I would have liked this salad as much if it was your typical canned tuna instead of the sardines.  This is kind of like a more gourmet version of a tuna salad.  Extremely easy to make as well. 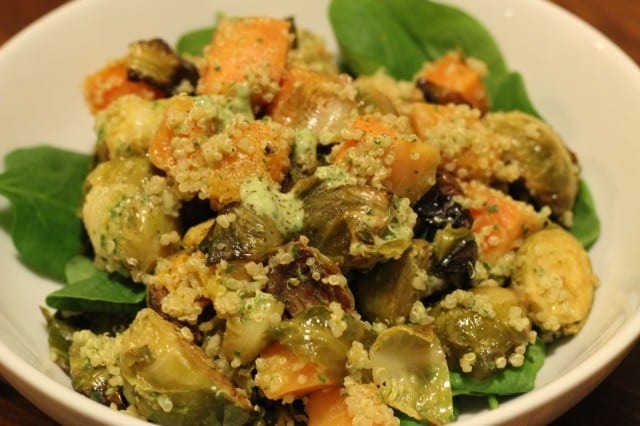 Last, but certainly not least this week we enjoyed this Roasted Vegetable and Quinoa dish. This is another extremely simple dish to pull together and the tahini-herb dressing with the veggies and quinoa really makes it unique. The original recipe says to serve it on top of spinach, but I think I would toss the spinach in with the hot veggies and quinoa to help it wilt a bit more next time around.  This is a really nice vegetarian comfort-food dish for winter.

So as you can see, Week 2 continued with pretty tasty meals.  This cleanse really is quite delicious…well until you’re craving a drink, cheese or piece of chocolate that is!  If you’re interested in doing it yourself my weekly dinner menus can be found here with links to the breakfast menus, lunch menus and my full shopping lists included.

Of course, if you do decide to do it, I’d love to hear how it goes!