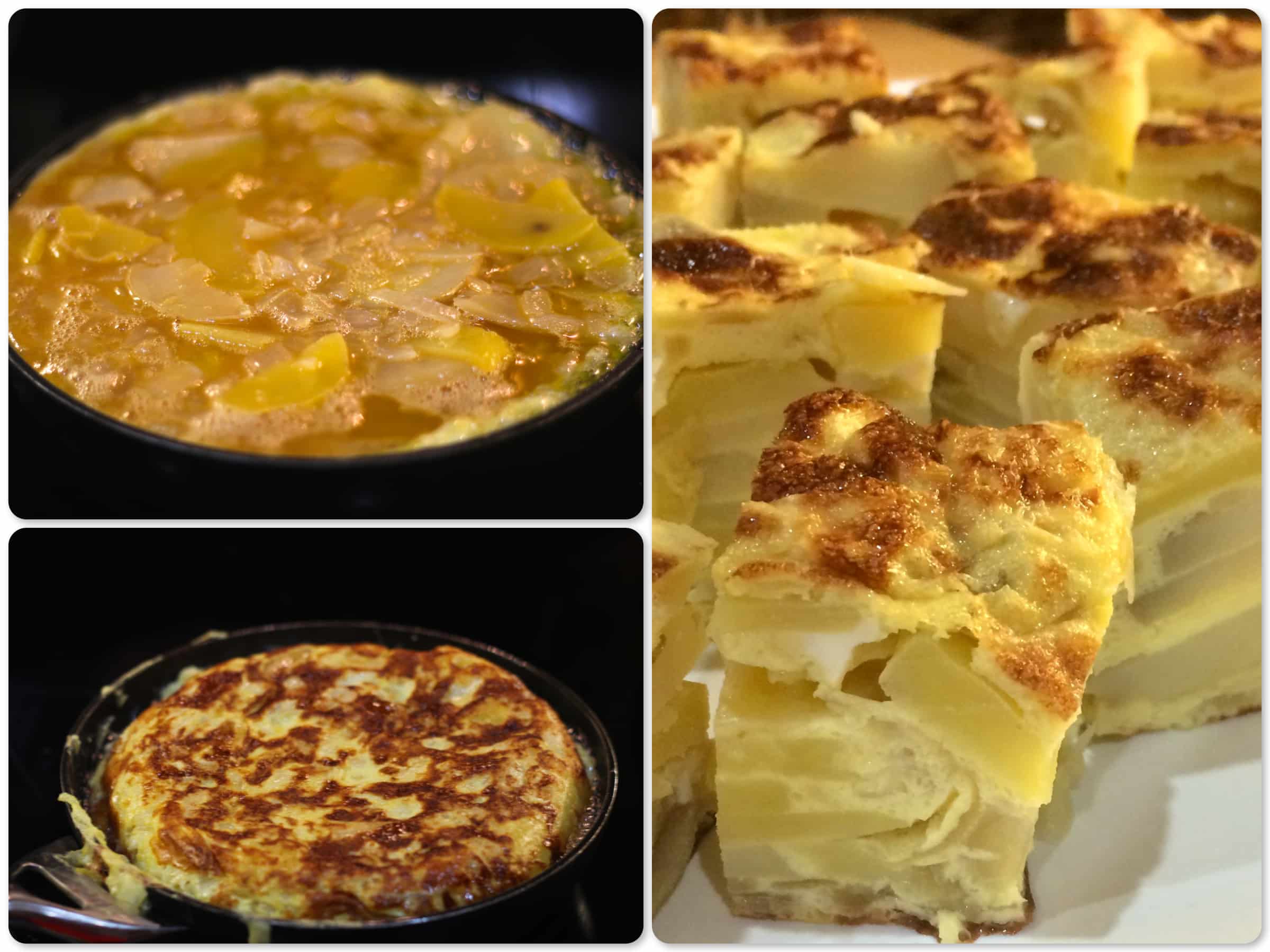 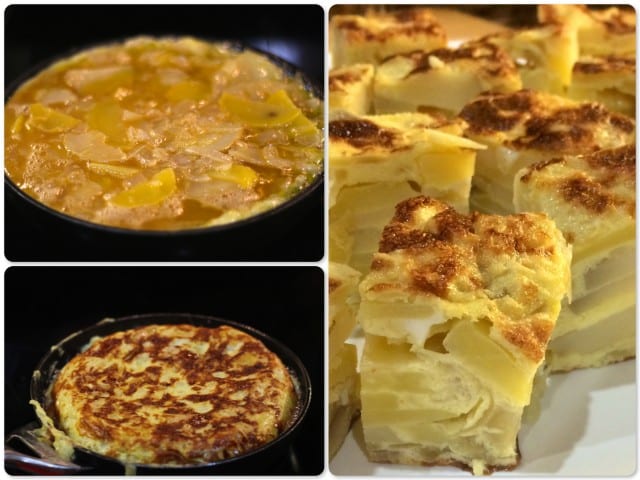 I’m part of a lovely rotating monthly ladies dinner party and August was my turn to host…so I decided to forego the traditional sit-down dinner and throw a Tapas Party!  This was particularly fun for me because it allowed me to go down memory lane a bit to when I studied abroad in San Sebastián, Spain and pull out some of my old favorite recipes from my time there that I haven’t made in years.  It also gave me the opportunity to really cook a lot…which, yes, is a lot of work, but I truly do enjoy and haven’t done in a while.  So what did I make?  Here’s a quick rundown with recipe links included…

Tortilla Española…truly no tapas party is complete without this (above).  It is a signature Spanish tapa that you will find at every single tapas bar throughout the country.  While it doesn’t sound particularly exciting (essentially a potato & onion omelet), trust me on this one…it’s always a huge hit.  This one always feels a bit scary for people to make, review the step by step photo recipe attached in the linked recipe…it’s really pretty simple and straightforward if you take it one step at a time.  And just be bold with the flip…own it and it will go perfectly! Traditionally it’s served on top of a thin slice of bread but you can eat it on it’s own as well (which I prefer).

Shrimp, Salmon and Egg Pintxo – this was my favorite of the entire spread!  Not surprising since it’s a pintxo which is the Basque version of tapas and I studied abroad in Basque country.  So this was more reminiscent of the tapas that I ate while living abroad. Slightly more complex and often including amazing seafood.  The viniagrette that you make for this pintxo is to die for and I’ve been putting it on everything else since (it makes a ton though so you could 1/2 it if you want to). KILLS me that I’ve lost my pictures of my favorite tapa…guess that means I need to make it again ASAP so I can share the photo!

Pancetta Fig Crisps – ok, I took some liberties with the word “tapa”.  This technically isn’t Spanish but it is an appetizer that I’ve made several times and is always a huge hit so I decided to include it. Delish as always. 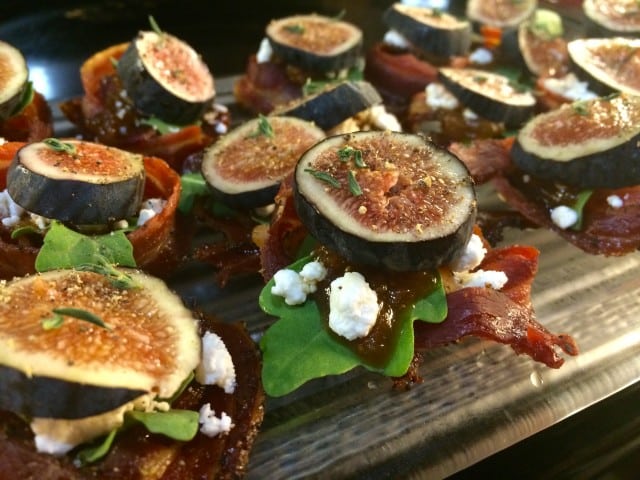 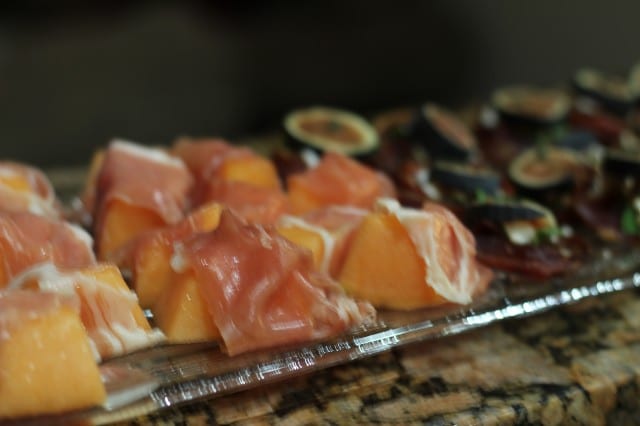 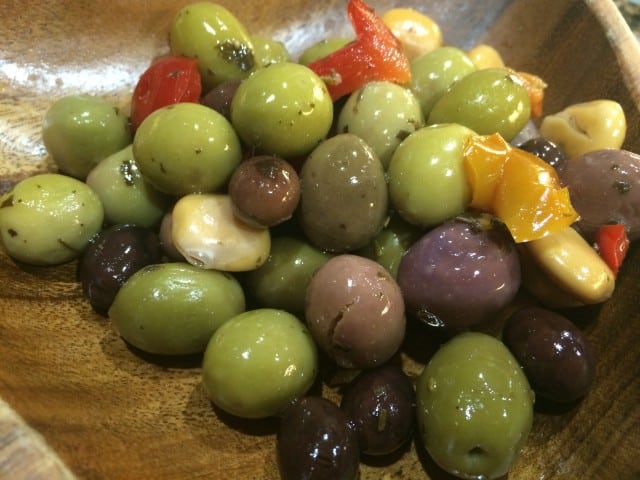 Cucumber Tapas – I mixed in canned crab meat to these to make them a bit more interesting and think I might swap out oregano for dill next time.  Super easy and healthy though! 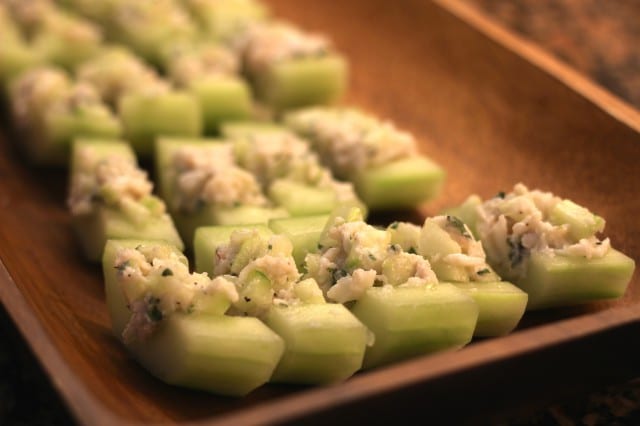 Next up were my two “entree” dishes.  So after we snacked on all of the tapas above for a while I heat these two dishes up (and cracked the eggs into the pipérada) and put them out for our second course.  Still casual, cocktail party style…but the last thing I ever want is for anyone to leave one of my parties hungry!

Basque Pipérada with Fresh Eggs – I loved this dish while living in Spain. So rustic and delicious…and now I know that almost every culture has a version of this dish.  Another one of my favorites is the Israeli Shakshuka which I’ve shared on SavoryGirl in the past. 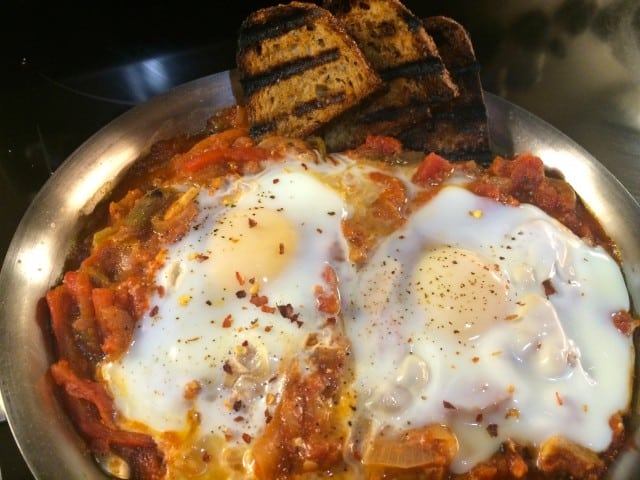 Albondigas – also known as Spanish meatballs.  I also love saying “albondigas” for some reason…he he.  These were nice because most albondigas are in a tomato based sauce but since I had the pipérada that felt redundant and I really liked this white wine sauce. Yummy. 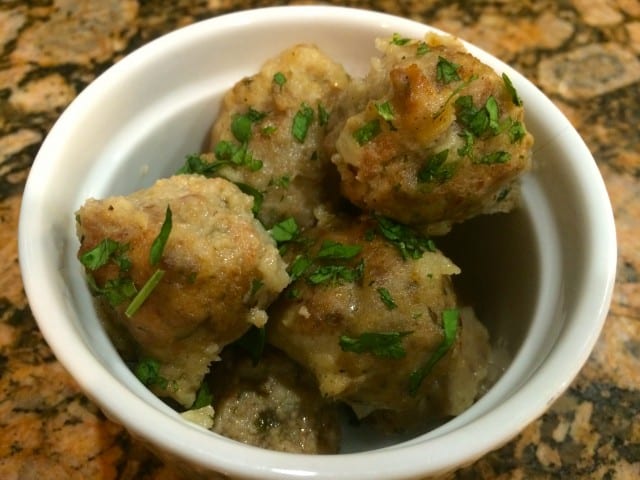 So what about drinks?!  This was a cocktail party after all!  I decide to keep it simple and made a big batch of my famous White Sangria. I also had Albariño and Tempranillo on hand. 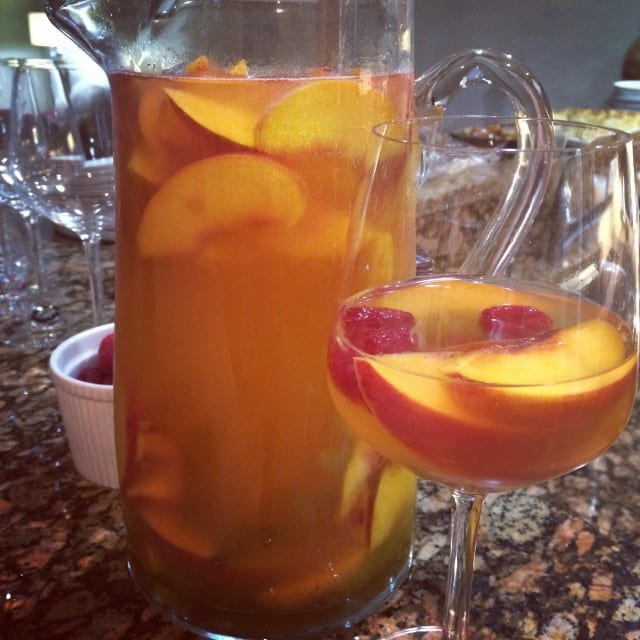 Ah, dessert.  While probably not entirely necessary for a Tapas Party I just couldn’t help myself.  I was given a Nutella cookbook as a housewarming gift a few months ago and had yet to make anything from it.  This seemed like the perfect opportunity.  Enter Nutella Mousse.  So. Freaking. Good.  Toasted hazelnuts at the bottom, rich Nutella mousse, topped with some of my homemade whipped cream and more toasted hazelnuts.  Wow.  I actually can’t find a good recipe online similar to the one I used but there are lots of similar tings out there from a quick Google search.  Mine was a classic mousse recipe though…whipping the egg whites and folding them into a nutella, butter, egg yolk, sugar mixture and then refrigerating it for a few hours.  I’ll find one or type up the recipe I used in the near future! 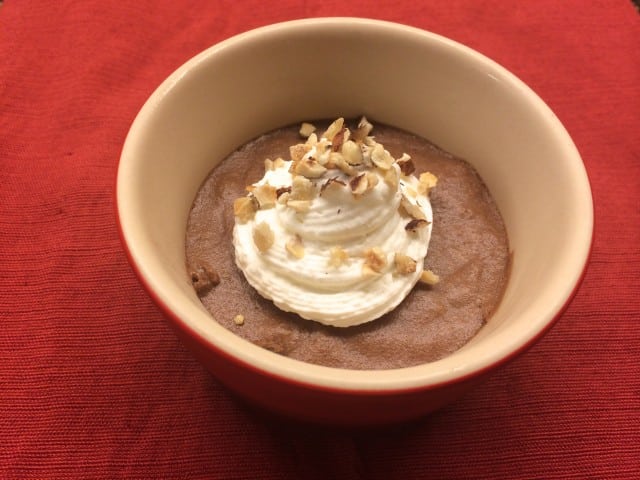 Phew!  Look at all of that yummy food!  And pulled together for a Thursday night party too!  If you’re interested in throwing a tapas party yourself, I’m not going to lie…it is a more ambitious undertaking than a typical dinner party because you have to plan and stage and cook so many different dishes but each dish itself is pretty easy.  It’s just the time and effort required to make all of them that may be daunting to some.  All said, I cooked for about an hour on Sunday (pipérada), 4 hours on Wednesday night (tortilla, albondigas, nutella mousse and prep for a few other things) and 2-3 hours the day of the party (everything else).  Planning and timing is key!  But it was all well worth it…everything turned out delicious and I thought it led to a fun, social night with friends that I truly got to enjoy since there was minimal cooking required during the party itself.  ¡Buen provecho!