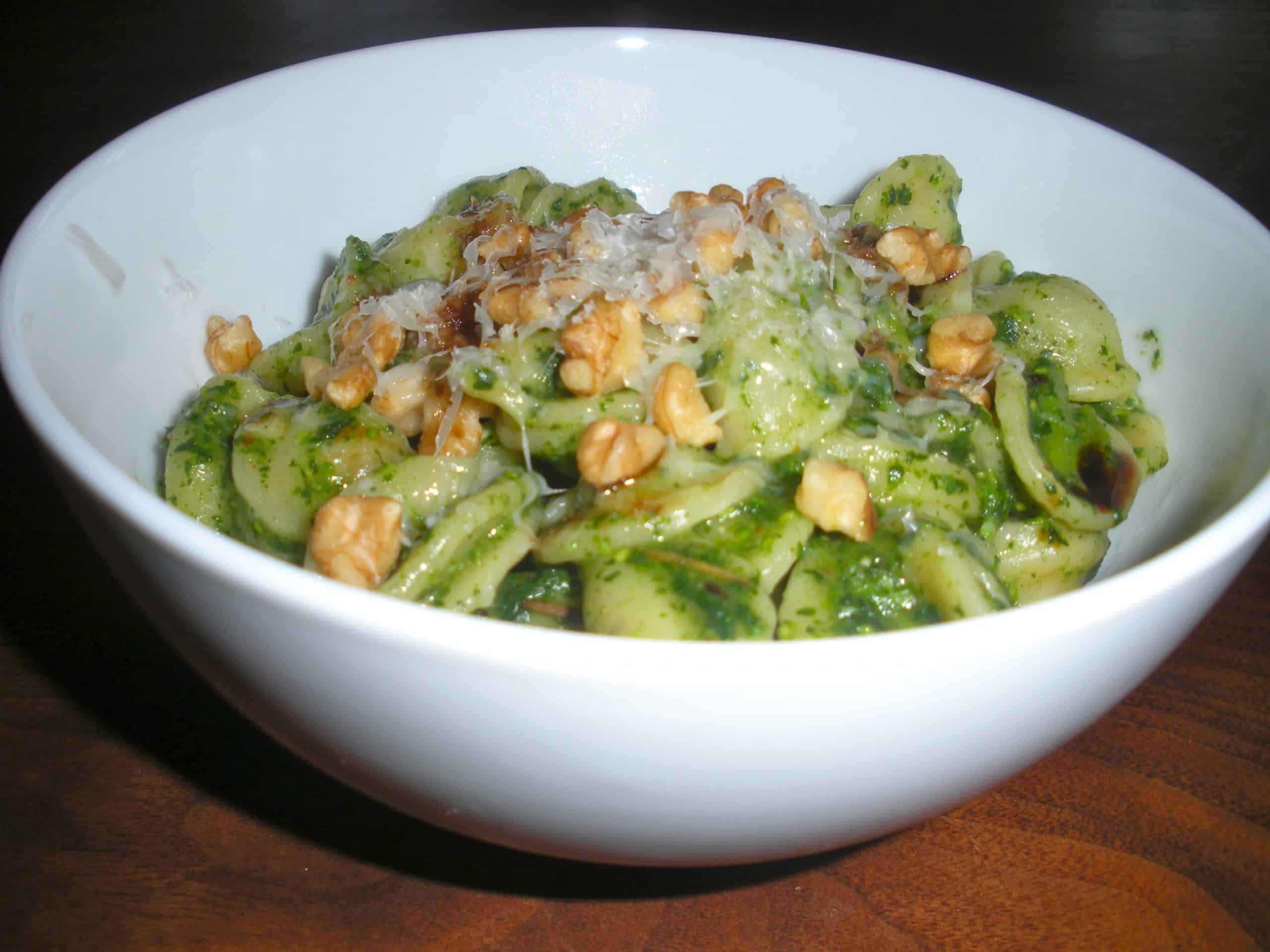 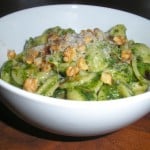 This is a SavoryGirl Original, but based on one of our favorite recipes (Braised Broccoli Rabe with Orecchiette). We randomly stumbled across Stinging Nettles at our local Farmers’ Market this weekend and decided to give them a try based on all the good things we’ve heard about them.

Once we got the stinging nettles home we (luckily) did some quick research and found out that there were some serious implications to working with them….so you have to really be careful and prep them properly or else feel a similar sting to that of fire ants due to the formic acid that the little spines all over the plant secrete. That’s right, formic acid. Yikes. Okay, don’t be scared off though, the prep is quite simple…here’s what you do:

First…it is very important that you absolutely do not touch the stinging nettles until all of this prep is done. So use tongs to move them around as needed

In a large pot bring about 6 cups of water and a few heavy pinches of salt to a rapid boil. Once boiling, dump the stinging nettles in and boil for about 2 minutes

Immediately take the nettles out of the boiling water and put them into a large bowl of cold water with ice for 1-2 minutes.  Drain the nettles well (you can now touch them) using a towel to roll them into and ringing them out like laundry

Put nettles on a cutting board and chop coarsely, set aside.

Add 4-6 cups of chicken broth (scraping up any bits off the bottom) and bring to a boil.  Add pasta and increase heat to medium-high and cook, uncovered and stirring occasionally until the pasta is tender (but still has a bit of a bite) and most of the liquid is absorbed…15 to 18 minutes.  Season with salt and pepper.

Take fully blanched & chopped stinging nettles and stir into pasta until thoroughly combined…it should almost look like a pesto.

Serve in bowls, sprinkled with walnuts and parmesan cheese. Drizzle with a good balsamic or lemon olive oil if you have some on hand.