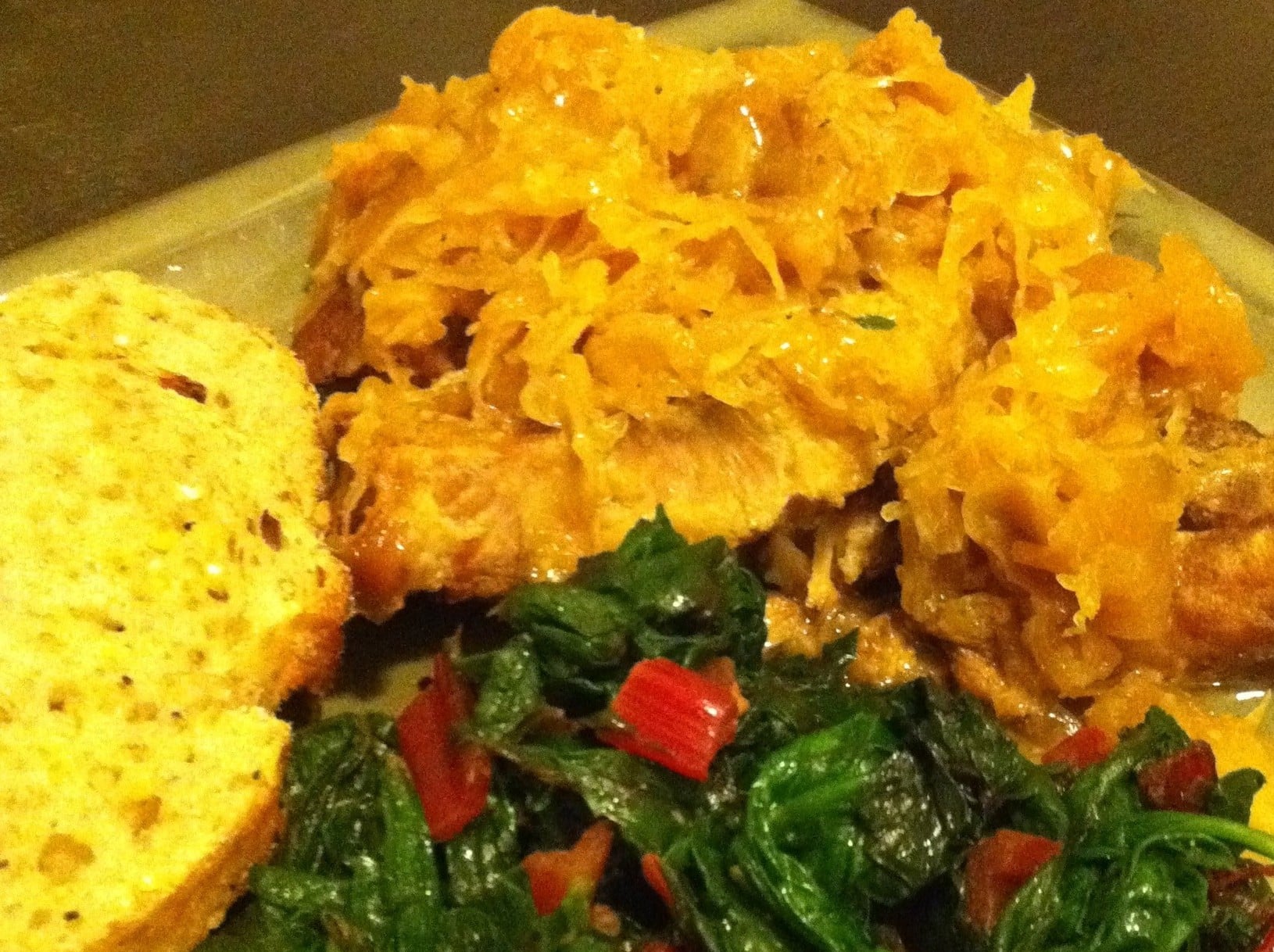 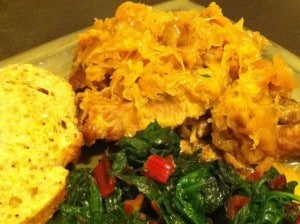 This is a new recipe for us, adapted from “Slow Cooker: The Best Cookbook Ever.”  It sounds so yummy and perfect for the end of October though that I just had to share.  What I like about this recipe vs. other similar ones that I’ve seen is that there isn’t any cinnamon or nutmeg going on here.  Nothing against those spices, but I am SavoryGirl after all and I prefer my dinner Savory and my dessert sweet.  So dinner that tastes like apple pie just isn’t for me!

If you were sticking to German traditions you would likely serve this with some buttered potatoes or spaetzle, but since Christian’s triathlon is less than a week away we’re going to lighten it up and serve it with a side of dark greens…maybe collard greens, kale or our old standby roasted rapini. Nothing like a nice and easy Slow Cooker meal on a Sunday, enjoy!

Stir mustard & brown sugar together in small bowl and set aside

Pour half the butter into the insert of a 5 to7-quart slow cooker.  Add apples, a dash of salt and 1/4 cup of the mustard mixture, toss to coat.

Coat the pork chops with the remaining mustard mixture and sear each side until brown in a hot lightly oiled pan.  Place seared pork chops on top of apples in slow cooker. (Technically you can skip this step and just put the raw, coated pork chops straight into the slow cooker, but I always like the added depth of flavor a quick sear gives to slow cooker dishes)

Pour a splash of apple juice into the hot pan to de-glaze.  Cook juice down until pan is almost dry then add the remaining butter over medium-high heat.  Add the onions and saute until they begin to turn golden, about 15 minutes.  Add the sauerkraut to the onions and stir to combine.

Spread sauerkraut mixture over the pork.  Pour in apple juice.  Cover and cook on high for 4 hours or on low for 6-8 hours…until pork is tender and cooked through.  Season with salt & freshly ground pepper to taste.

Thought I’d chime in after actually making this and tell you that while it certainly isn’t the prettiest dish ever, it is indeed super yummy.  However, when making it again I would make one change and slice the apples thicker than the 1/2 inch slices originally indicated in the recipe.  I would do this so that they don’t completely cook down to mush and become indistinguishable from the sauerkraut/onion mixture.  You definitely got the apple flavor, but I would have liked for them to retain their shape and texture a bit more than they did.  So I would suggest simply using a standard apple slicer and just throwing them in straight from there vs. slicing them thinner.  Easier too!