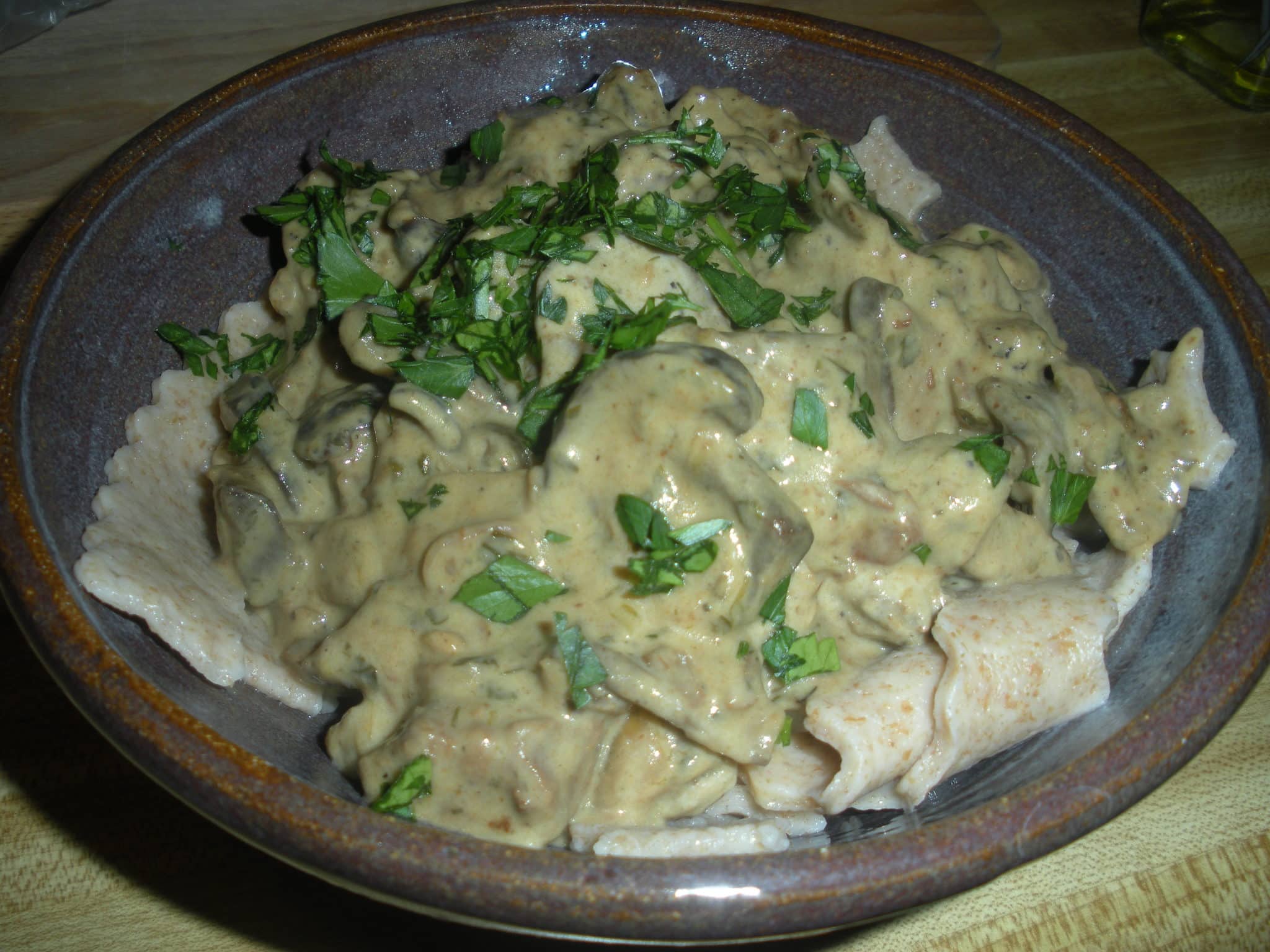 So I just realized that we’re on our way to spring and I’ve barely used my slow cooker all winter!  I used it a ton last year, but just seemed to forget about it this year.  I haven’t had Beef Stroganoff in years so I have no idea why once I decided to use my slow cooker I decided to look up this type of recipe, I must have been in an old-school comfort food mood or something.  Anyway, this Slow Cooker Beef Stroganoff Recipe comes from the Cooking Light website and it definitely reminded me of what I knew growing up when I tasted it, but it’s quite a bit healthier which is nice!  That being said, it’s still a pretty heavy dish so a nice side salad or something bright is needed to perk it up!

To be honest our first try at this one didn’t come out perfect so I would make a few changes to the recipe as follows:

We always make homemade pasta and we had some leftover whole wheat pasta dough in our freezer so we used that, but egg noodles would work great too.  If you’re interested in making homemade pasta it’s super fun and easy…I’ll write a post on it soon.  I actually just use the base recipe that came with my kitchen aid, but lots of other good recipes on line too.