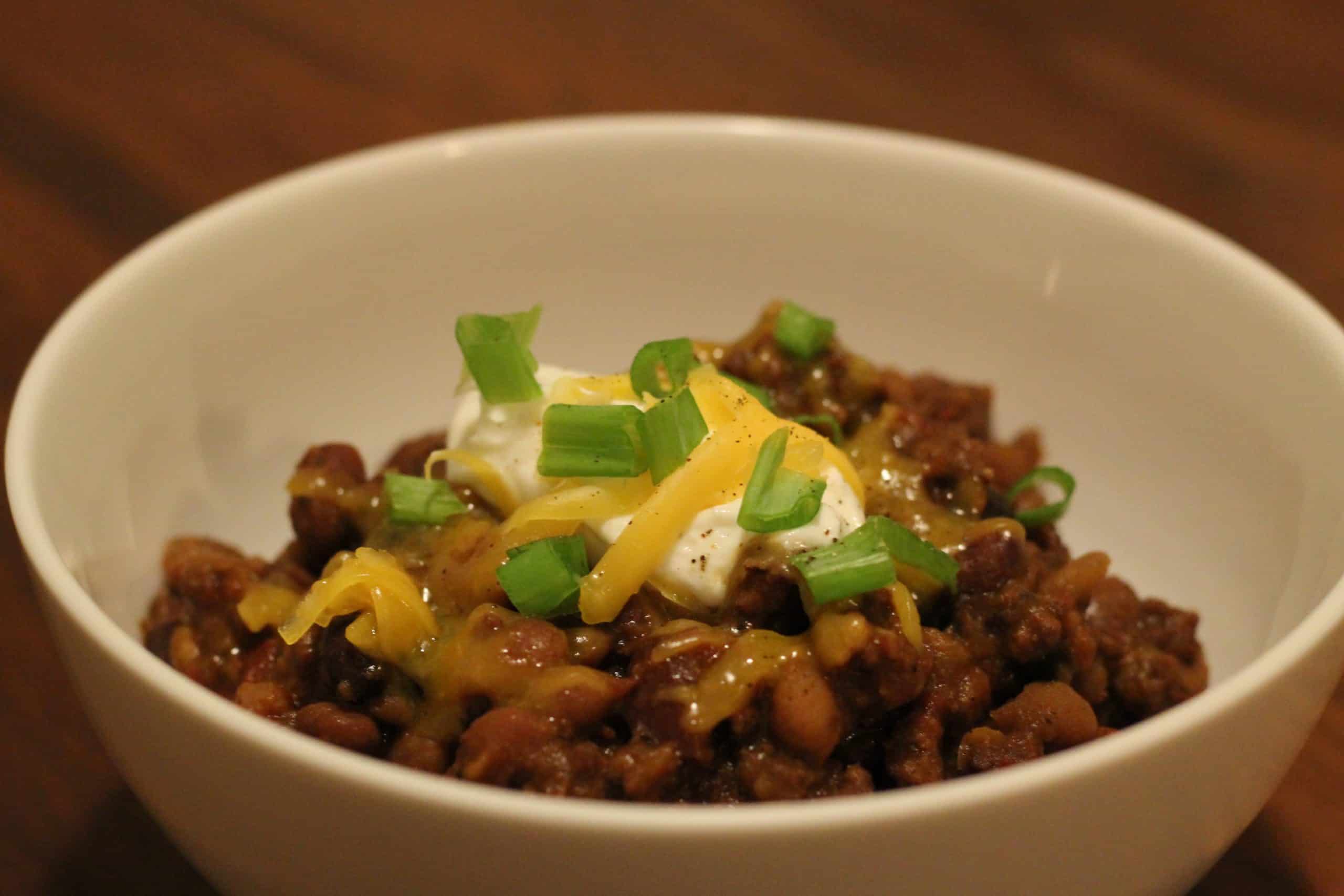 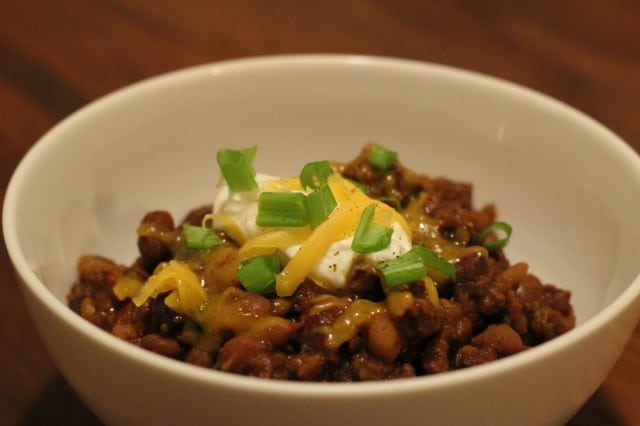 Just in time for the end of National Chili Week (who knew?!) I stumbled upon my new go-to chili recipe! What makes it worthy of becoming my “go-to”? Well, for one, Christian loves it…and he has always disliked my or anyone else’s chili. But beyond that, it is super flavorful and very easy. I can’t take credit though, it’s not a SavoryGirl original…in fact it’s an Emeril Lagasse original. That Emeril knows his way around a good chili bowl!

So the original recipe for Emerils’ 5-Bean Chili can be found here, but I made a few tweaks to both ingredients and process that I included below and would recommend you make as well. Particularly if you like thicker chili as we do since Emeril’s original recipe makes a thinner soup-like chili. While this is a very easy dish to make, it isn’t quick so make sure to start this chili with that in mind…you need to soak the beans for about an hour first and then let it all cook in the slow-cooker for 8-10 hours if you use my approach.

First, soak the dried beans using the quick soak method, which won’t fully soften the beans so they’ll hold up to the long chili cook time:

Put all of the dried beans in a pot, cover with water 5 cups of water and bring to a boil. Boil for 10 minutes, turn off heat, cover and let beans soak for another hour. You’ll end up with about 7 cups of beans after soaking which is exactly what you need for the chili. Drain and proceed with recipe below. Be forewarned, by soaking all of the beans together your lighter colored beans will turn a bluish/black because of the black beans, but they’ll return to their normal color during the chili cooking process…at least mine did!

In a heavy-bottomed pan over medium-high heat, cook the meat until well browned, stirring occasionally, 4 to 6 minutes. Add the browned meat to the inside liner of a slow-cooker. Then add in the next 13 ingredients through the broth, add in all of your drained beans and stir to combine. Put the lid on the slow-cooker and set it to cook on low for 8-10 hours.

When the chili is done, add the cilantro and taste and adjust the seasoning, if necessary. If the chili has thickened up a bit too much just add in some more beef broth and stir. Serve, garnished with sour cream, grated cheese, and chopped green onions…the green onions really take this chili from good to great so I wouldn’t recommend skipping it!

I also serve alongside cornbread (Jiffy Mix works just fine!) with diced jalapeños and a bit of cheese sprinkled on top. Perfect, comforting dinner for a cool fall or winter night!