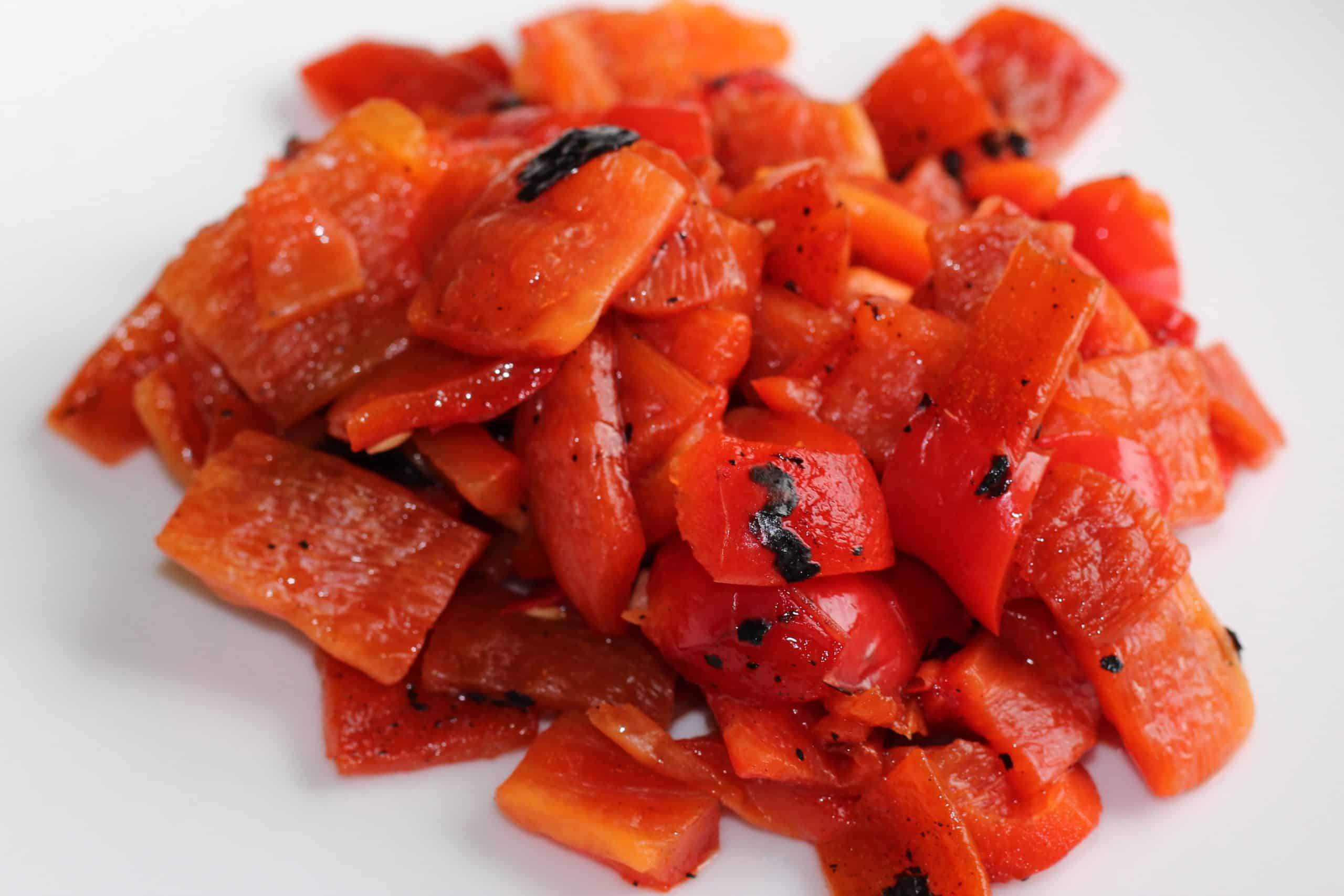 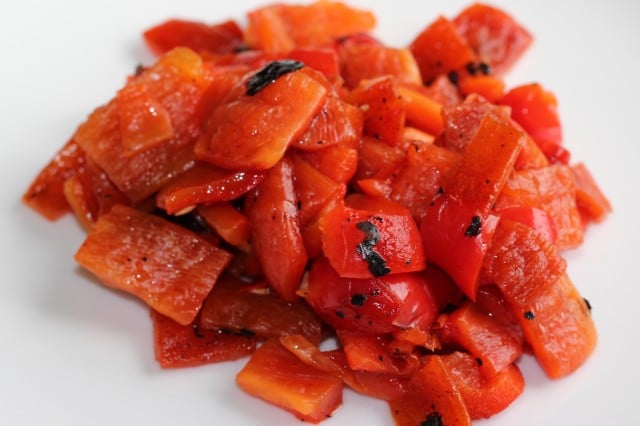 Roasted red peppers are one of those ingredients that immediately elevate a dish to gourmet. So sweet, so smoky and so amazingly delicious. The problem is, however, that we like to eat them quite often and the store bought roasted red peppers are quite expensive and usually soaking in oil. So a few years ago we tried our hand at making them at home and haven’t turned back since. If you have a gas stove they’re incredibly easy to make, much healthier, less expensive, and…bonus…make your house smell incredible.

So let’s get started! Place a clean red pepper directly on the flame of a gas stove set to medium-high. Using heat-proof tongs, turn pepper as each side begins to burn and blister until entire pepper is blackened and crisp. Usually about 1-2 minutes per side or about 5-7 minutes in total.  Sometimes you need to use the tongs and hold the pepper over the flame at an angle to get in the crooks if it’s a bit more more misshapen. 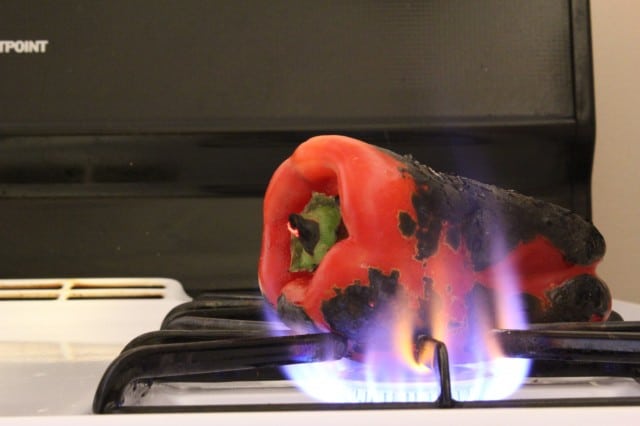 Once the majority of the pepper is blackened, take the blackened red pepper off the flame and immediately place into  a tightly covered dish (plastic wrap will do if the dish doesn’t have a proper lid) or you can simply place the pepper back into your plastic produce bag and tie it closed. This latter option is good for less clean up if you’re just doing one pepper. 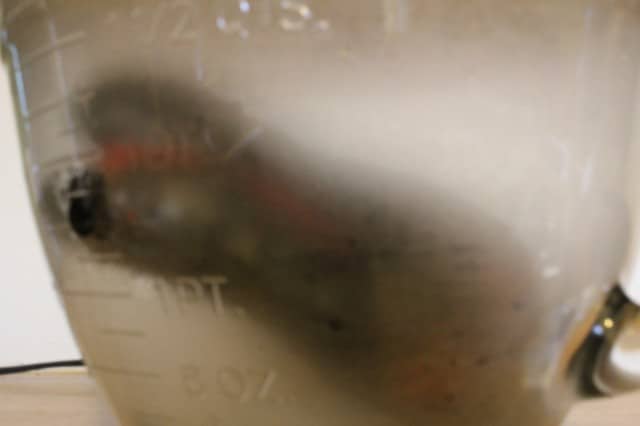 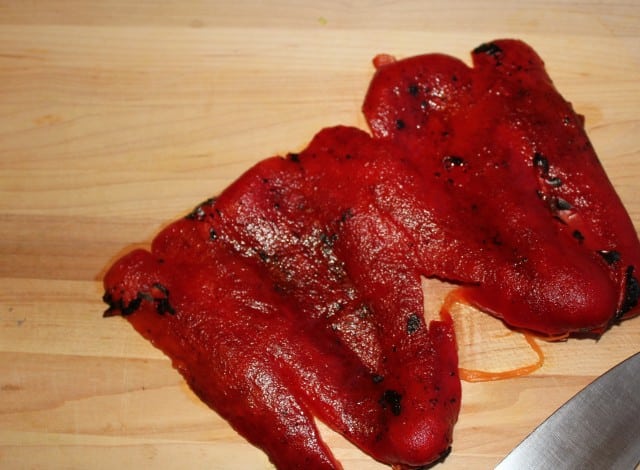 Slice open pepper, clean out seeds and inside pith, discard.  Chop, dice or slice roasted red pepper for as needed for whatever you are making. Seriously…so easy, cheap and good to do it this way. We roast red peppers (a few at a time) at least once a week and haven’t bought them in years! Simply store them in an air-tight container…they’ll hold in the refrigerator for about a week.

Great for use in salads, omelets, as an appetizer on a cheese plate or in any number of recipes.  One of my favorites that uses roasted red peppers is this Chicken & Chickpea Stew.