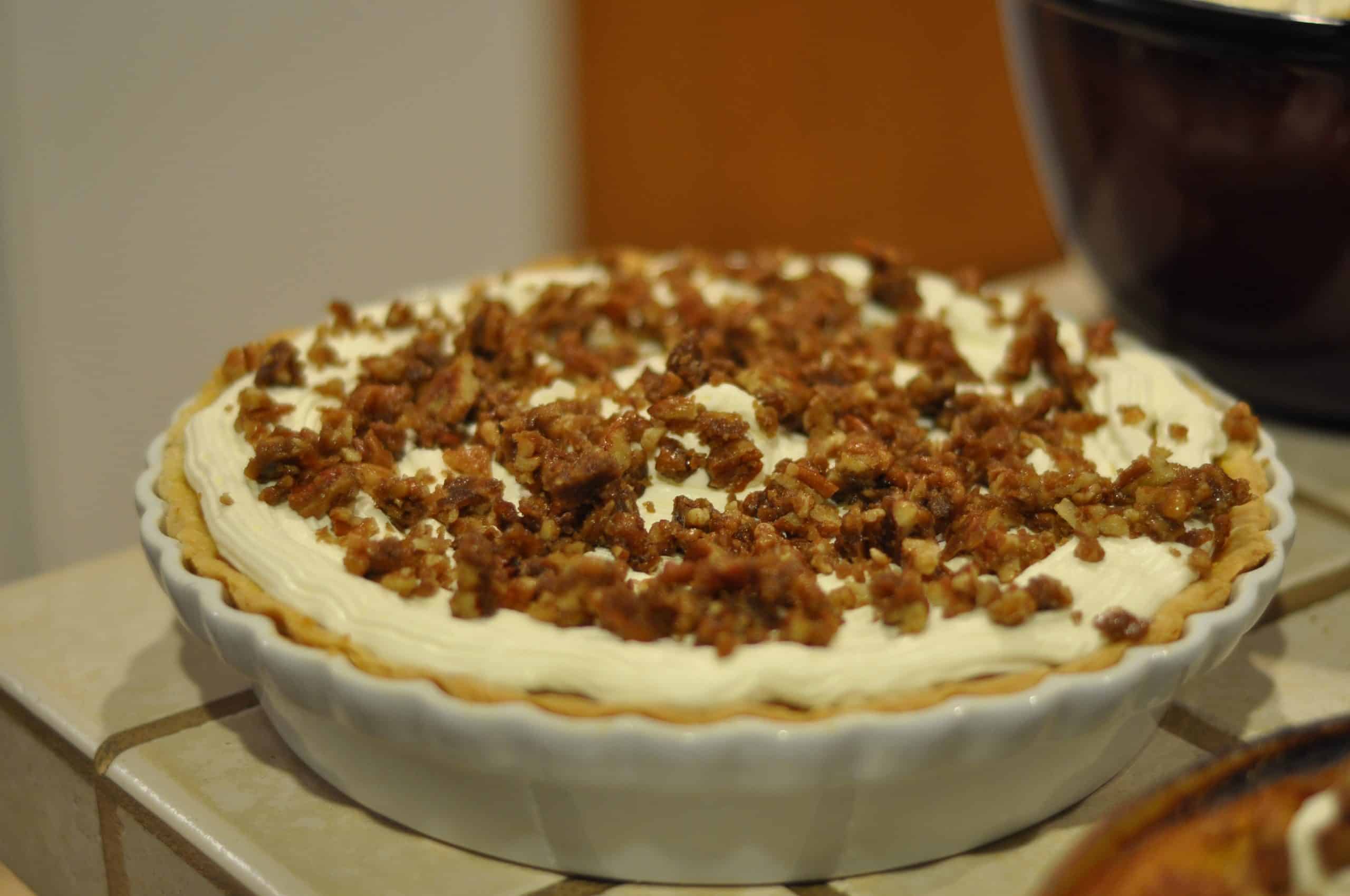 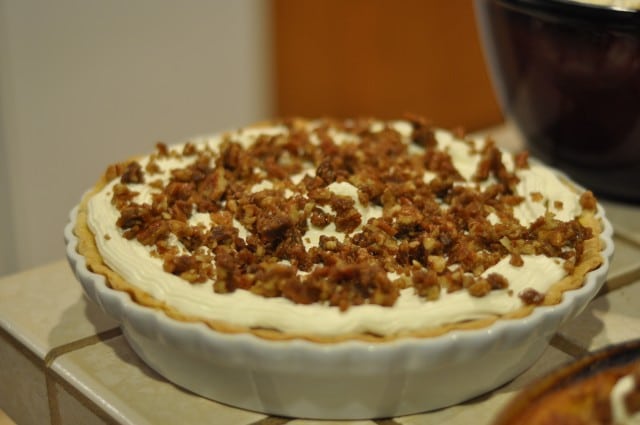 It’s that time of year again…time to overbook our schedules with cocktail parties, gift exchanges and eat way too much yummy food! You know, those foods that you love but only have at this time of year…for me Paula Deen’s Rum Pumpkin Pie with Praline Pecans that I make every Thanksgiving is at the top of that list. I first tried this recipe years ago when I began hosting my own big Thanksgiving dinners for friends and I haven’t gone back to plain old traditional pumpkin pie since!

So what makes this pie so addictive? First, the depth of flavor that just the slight bit of added rum adds. It doesn’t seem like 2 tablespoons of rum would make that big of a difference, but trust me, don’t skimp here. Second the perfect layer of whipped cream covering the entire top of the pie is essential.  No more single dollop of whip cream per slice…a whole layer on top of the freshly made topping is the way to go. Lastly the praline pecans…make more than the recipe calls for and sprinkle on top liberally. This sweet, crunchy, nutty addition adds the perfect amount of textural distinction to an otherwise melt in your mouth creamy pie. If you’re feeling ambitious and want to make your own pie crust, Paula’s Perfect Pie Crust is a fantastic recipe…buttery and flaky. Of course, there’s no shame in store-bought pie crust…just buy the frozen sheets of  rolled out dough that you put in your own pan which is much better than the kind that is frozen and already pressed into a tinfoil pan.

Whatever you decide about your crust, make sure this pie is filling it…you’ll be the talk of your Thanksgiving party and have everyone wishing you made two. Seriously…this is the only dessert that I’ve ever hid from people so I can have the leftovers all to myself!

Since I find this recipe to be just perfect as is, the original is below, but you can also find it here on FoodNetwork.com. The only change I ever make is to amp up the spices a bit more than called for, but that just depends on how spicy you like your pie.

Preheat the oven to 375 degrees F.

Partially bake the pie shell, according to the package directions or if you’re making homemade, good instructions for how to do this can be found here. I prefer the weighting method to the docking method personally. 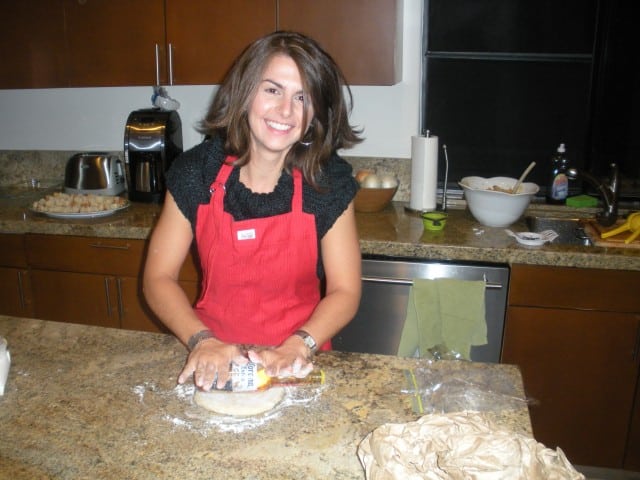 In the large bowl of an electric mixer, whisk the pumpkin puree, eggs, brown sugar, melted butter, 1 1/2 cups of the heavy cream, sour cream, cinnamon, ginger, cloves, nutmeg, salt, dark rum, and vanilla. Pour into the shell. Bake for 10 minutes, and then reduce the oven temperature to 300 degrees F. Continue baking for 35 to 45 minutes. Keep an eye on the crust, and if it starts to get too brown cover the crust (not the whole pie) with some foil to minimize further browning. Cool to room temperature and refrigerate until ready to finish assembling and serve. I think this part can be made 1-2 days in advance and hold up just fine for the big day.

While the pie is in the oven, make the praline pecans. In a small skillet melt the butter and sugar over medium heat. Add the pecans, stirring until bubbly; about 5 minutes. Remove from the heat and pour onto aluminum foil. When the pecans are cool, crumble into small pieces and sprinkle the topping on top of the whipped cream. These can also be made 1-2 days in advance and stored in a sealed container.

With the whisk attachment of an electric mixer, whip the remaining cup of heavy cream on high speed until the cream starts to froth. Gradually add the confectioners’ sugar and whip on high until the cream stands in peaks. Either spoon or pipe the whipped cream to cover the pie and garnish with Praline Pecans. Cut yourself a nice big slice, and dig in! 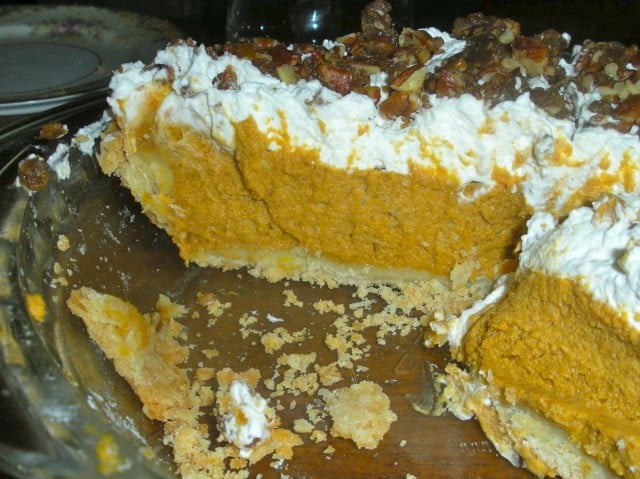