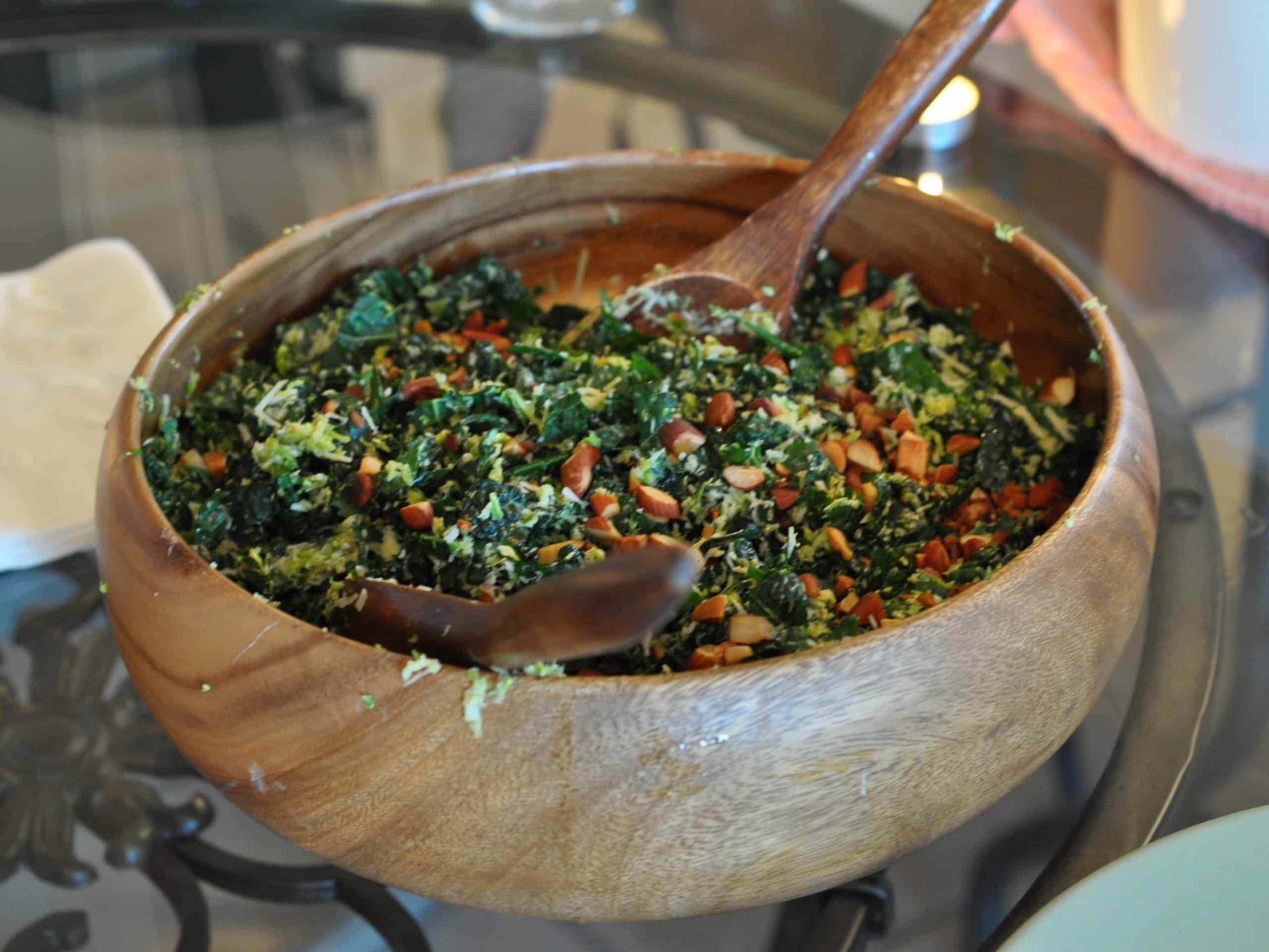 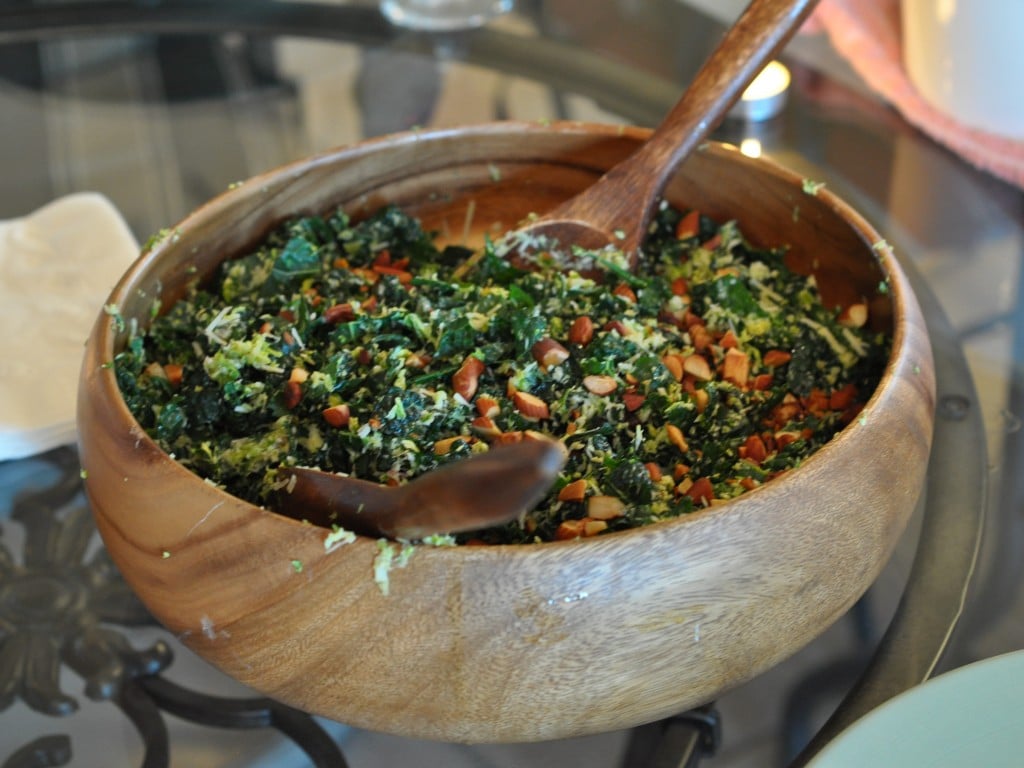 This is a delicious and fabulous winter salad…even for those who have never eaten kale or think they don’t like kale.  How do I know that?  It was my one risky dish for Thanksgiving this year and it got rave reviews!  And this was from a group of 12, men an women, who aren’t really into the whole healthy, superfood movement.  So this was a bit of an experiment and I was prepared for it to be snubbed next to all of those buttery and rich Thanksgiving stand-bys.  Imagine my surprise when I started hearing murmurings around the table about the salad….of all things!  I think almost everyone loved it (yes there were one or two holdouts…but I’m convinced they didn’t even try it) and had seconds.  It was even one of the first leftovers to be finished off.  So, I stand by my assessment that this is a phenomenal salad!

It’s actually quite simple when you look at the recipe…kale, brussels sprouts, almonds & pecorino dressed with a simple mixture of lemon juice, dijon mustard, shallot & garlic.  Voilà!  Delicious salad!  That being said, there are two steps that can take a bit of time if you don’t have the right technique:

For the kale, after you wash it, you need to pull the thick, heavy rib out of the middle.  Some find it fastest just to fold the kale in half and rip the rib out by pulling up, others like to layer a bunch of leaves on top of eachother and slice down each side of the rib. Either way, don’t worry about being too precise, just get a good rythm going and get your pile of leaves pulled together and roughly chopped up.  And if there are smaller leaves with more tender ribs feel free to leave those in.

Honestly, on Thanksgiving I delegated both of these jobs…especially since we doubled the recipe.  It’s a great job for people who want to help while watching football, chatting, etc…   But really, if you’re just making it for yourself it’s pretty quick and easy once you get in a groove, and once these two steps are done you practically throw the salad together and you’re ready to eat!