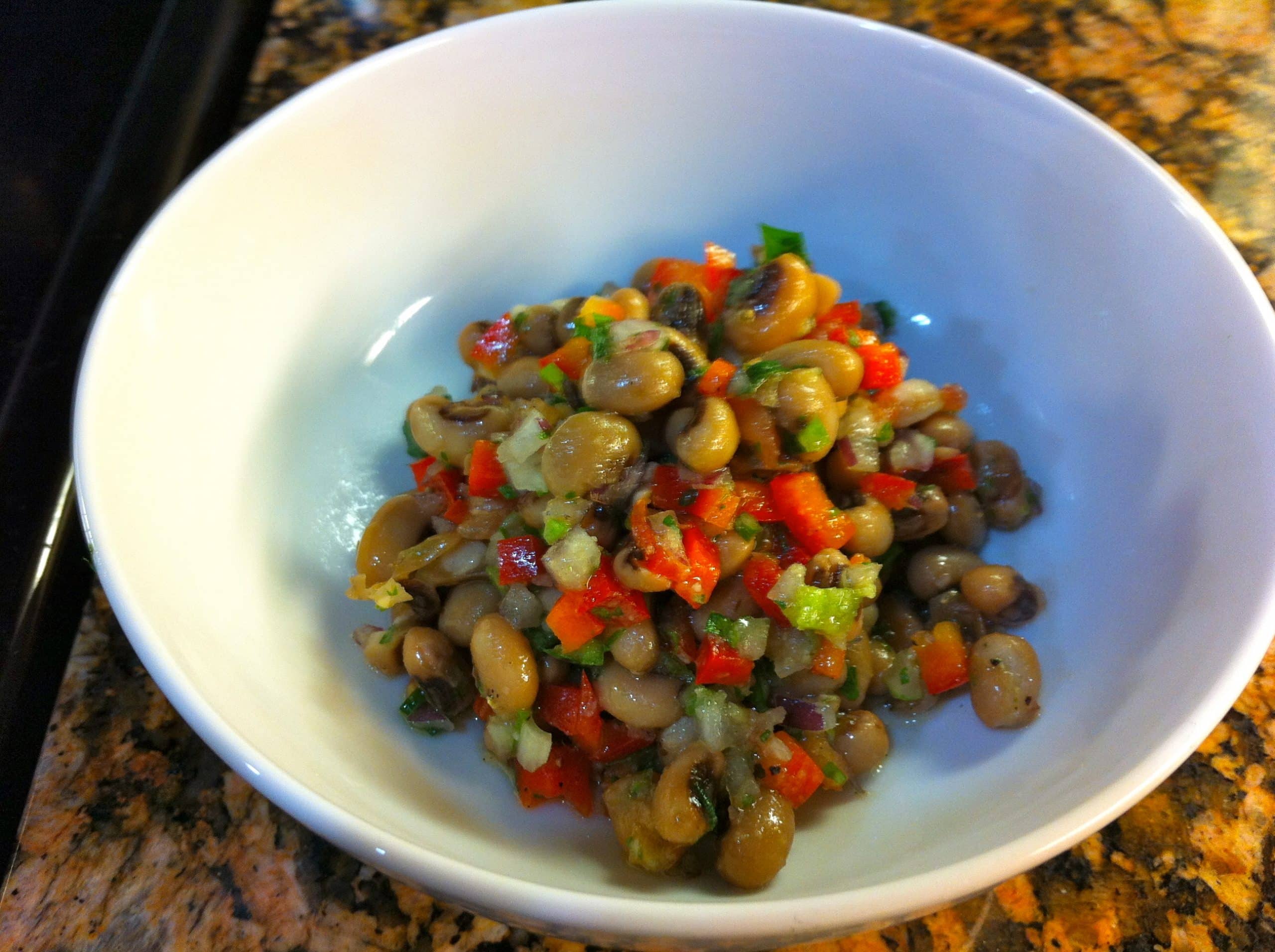 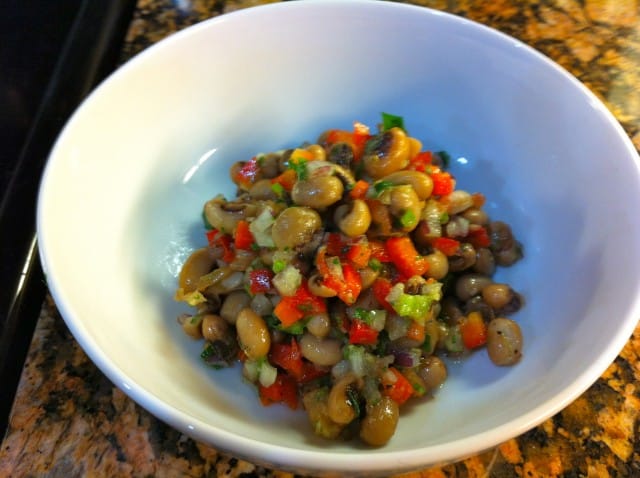 Good luck for the year if you eat black-eyed peas on New Year’s Day!

Every New Years Day for years now I’ve been making something with Black-Eyed Peas.  It’s a Southern tradition that eating them on New Year’s Day brings good luck for the year, and while I’m certainly not Southern I like fun food traditions so I’ve adopted this one as one of my own. Unfortunately, most of the recipes I’ve tried over the years have underwhelmed me.  They’ve either been too complicated for the end result, too unhealthy with loads of bacon, or just downright bland.  Until last year!  So since I’ve finally found a go-to Good Luck recipe I thought I would share:

Combine the first 7 ingredients in a large bowl.

Toss all together, using only half of the marinade at first.  If you feel you need more add the rest in, but I often only use a bit more than half. Let marinate for 6-8 hours in the refrigerator so the flavors deepen. Serve cold on its own or warm alongside some grilled chicken or fish.