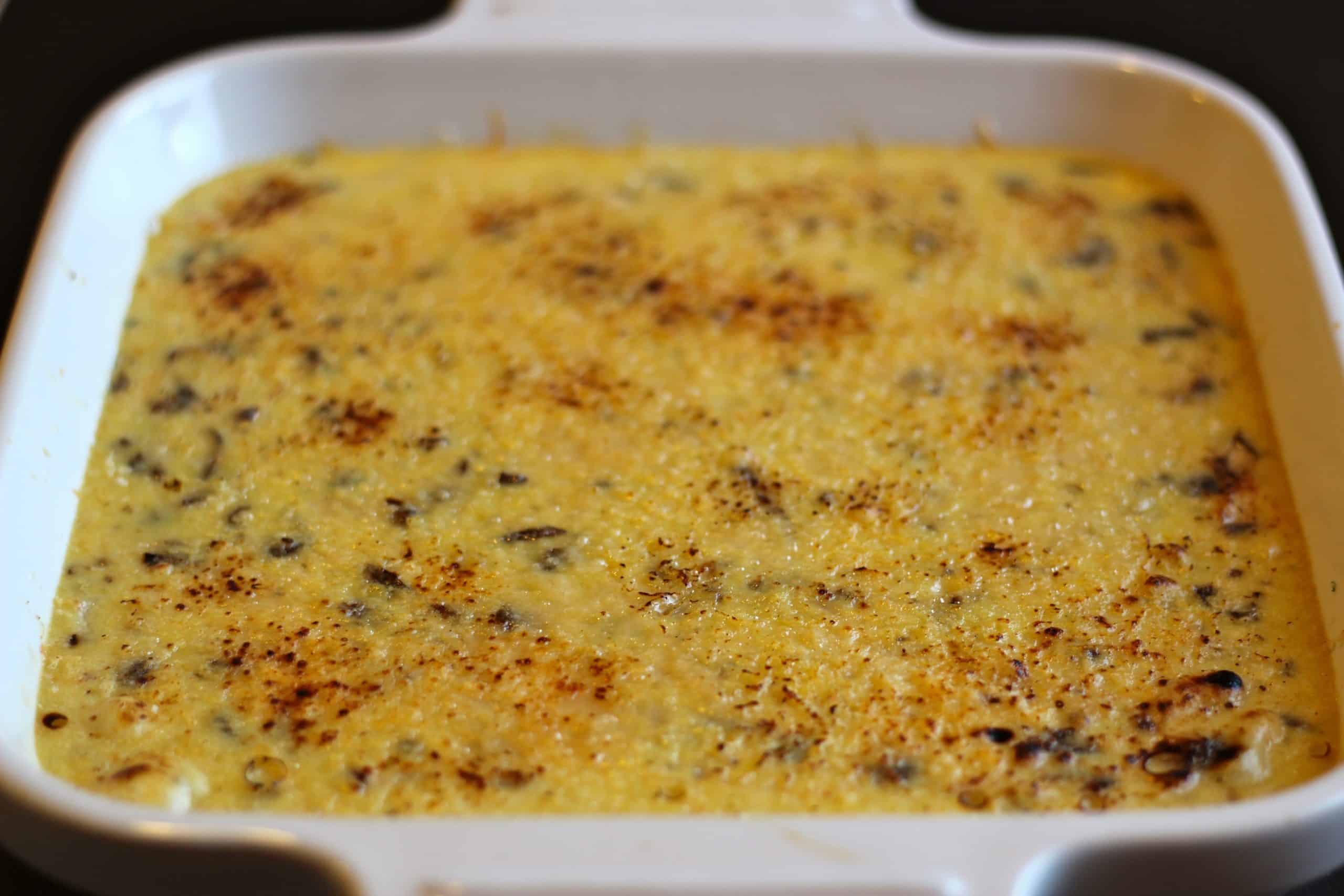 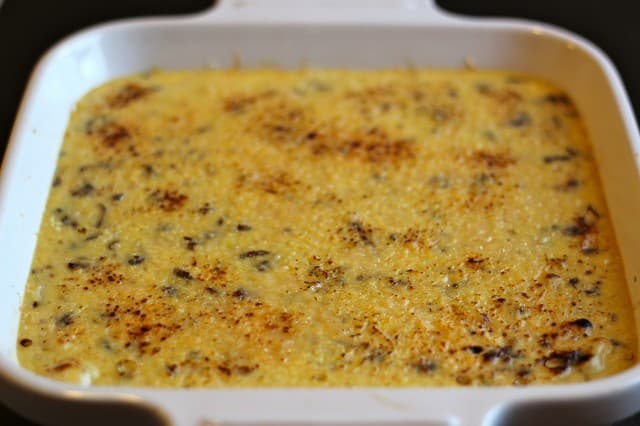 Whenever I think of savory puddings I immediately think of the Brits.  I’m not 100% sure that’s historically accurate but since the London Olympics are in full swing I’m going with it!  It also doesn’t hurt that the corn in season right now is so ridiculously sweet and tender that I’m trying to figure out ways to work it into all three meals a day.  So when I saw this recipe in my current issue of Bon Appétit it simply felt like all the stars had aligned and I needed to make it right away…and wow am I glad that I did!

In terms of the recipe itself, you all know by now that I’m not a huge fan of typing recipes up if I don’t have to…so you can find the original Bon Appétit recipe here. I chose to omit the ham since we were serving it as a side dish alongside pork (Tenderloin with Plum Chutney if you’re curious). I would also suggest using 6-7 ears of corn vs. the 4-5 they recommend.  I used white corn since that’s what they had at my farmer’s market and you can see my pudding still came out pretty and bright but yellow corn would likely make the dish even more striking visually. 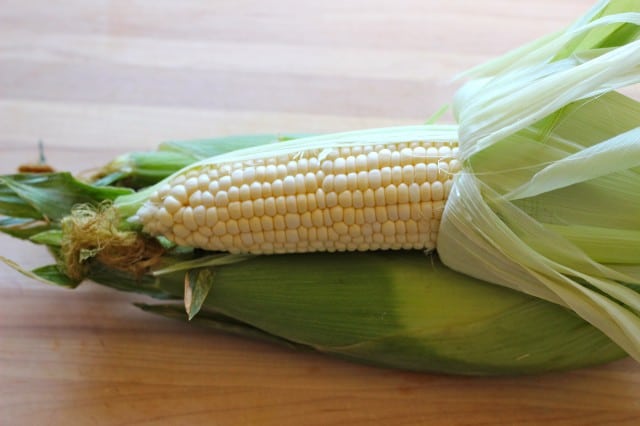 Other than that I followed the recipe exactly.  It’s pretty straightforward, but one technique that may be a bit new to some is using a box grater to grate corn kernels directly off the cob. It’s a pretty genius technique, both removing the kernels from the cob quickly and “milking” the corn all at the same time so you get a nice wet mushy pile of grated corn as the base for your pudding.  The only watch-out is that it splatters like crazy, so I would suggest draping a clean towel over your grater and work station to contain the mess.  But be careful if you do this since you won’t be able to see what you’re doing as well…keep those fingers away from the grater and go slow!  Another option is to put your bowl down in a clean sink and do all of your work there with an apron on (although my face still got quite a splattering when I tried this approach!) 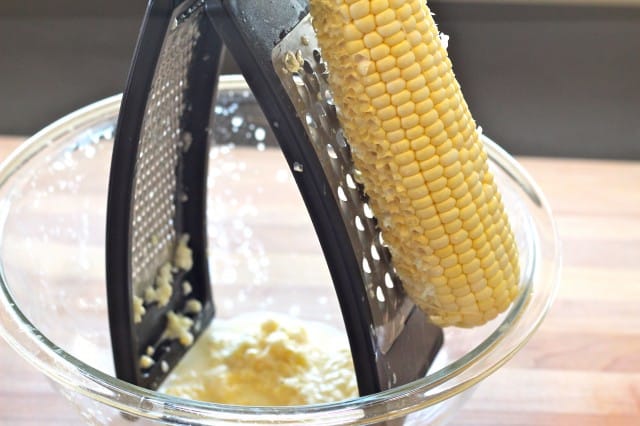 Once you have the corn ready for your base, the rest is really just sautéing and mixing.  When it comes time to add the eggs to the hot corn mixture, I would recommend adding a small amount of the hot base to the eggs a few times to slowly heat up the eggs so they don’t curdle when you add them in.  I prefer taking this approach to dirtying a whole extra bowl as the recipe recommended and it worked just fine for me.  The water bath is also very important to make sure the eggs don’t curdle and you get a nice soft, evenly cooked pudding.  Lastly, I used my kitchen torch to crisp up the top of my pudding vs. putting it in the broiler.  A bit faster in my opinion, but if you don’t have a kitchen torch (get one, they’re super fun!) the broiler method is fine.

Then, after letting the hot pudding settle out of the oven for 10-15 minutes you’re ready to dig in and enjoy!  Sweet, savory, creamy goodness that tastes like summer and honestly melts in your mouth.  Fantastic!