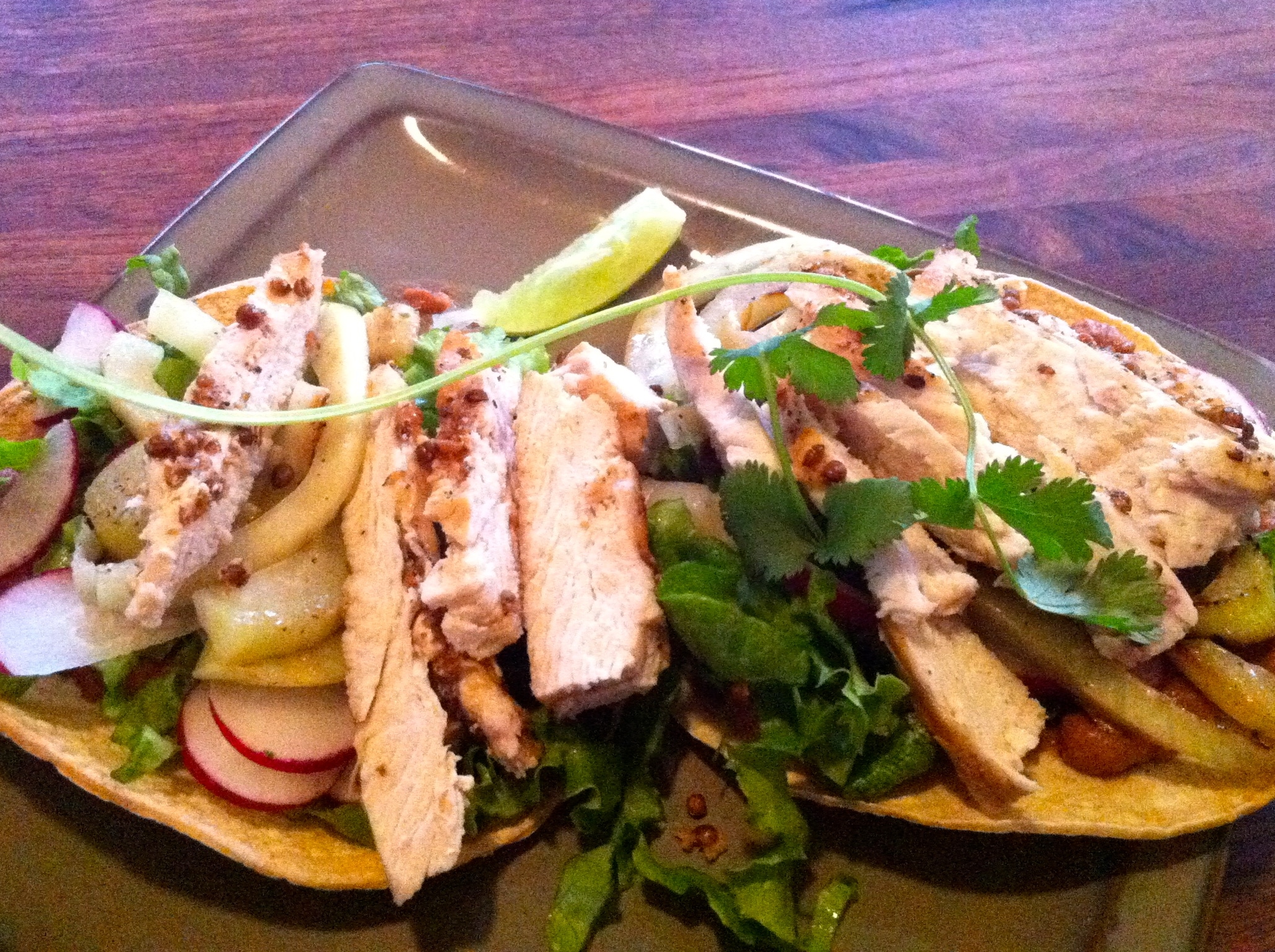 This is one of those recipes that has been hiding in my binder for a while….over a year to be exact.  So when I stumbled upon it recently we added it to a menu and boy are we glad that we did!  Christian actually made it since I was running late but he says it was pretty darn easy for how gourmet and delicious it turned out.  We did decide to cheat slightly though…we used canned low-fat refried beans instead of making them ourselves, but it worked out just fine for us!

The recipe can be found here, on the Epicurious/Bon Appétit website from January, 2011.  Perfect for this time of year since fennel is in season!

If you don’t coriander seeds often don’t be scared off by the fact that you’re just cracking them and using them in pretty big chunks.  They’re not like peppercorns or other seeds taht are super pungent in big bites.  This dish actually reminded us of how great cooking with coriander seeds is so we’re going to be looking for ways to do it more often.  Fantastic flavor!  The addition of grilled fennel and radishes also make this dish feel a bit more rustic and authentic for some reason.  This is not your run of the mill tostada!

Since we already had tortillas in the house, we decided to just toast those up crispy instead of buying tostada shells which worked fine as a short-cut as well.  As you can see we loaded them up nice and high and just had two each without any sides and found it to be a completely satisfying dinner.  We’ll definitely be making this one again!