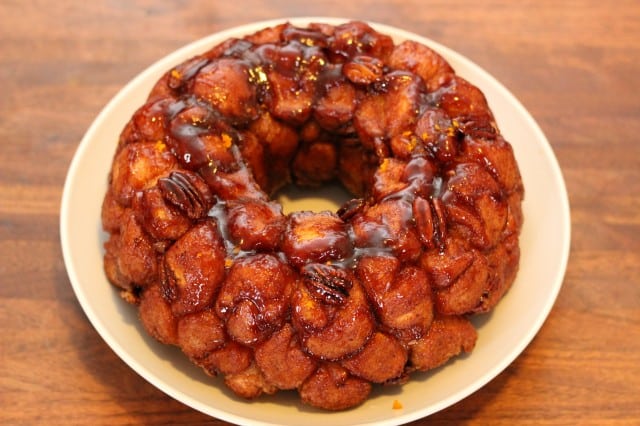 Growing up as a child, Monkey Bread was a relatively rare but very welcome treat. Nothing was more enjoyable to me than eating with my hands and getting all sticky alongside my parents. I don’t think we typically had it on Christmas morning, but as I’ve developed my own traditions with Christian this recipe has become our go-to Christmas morning staple.

It’s a perfect Christmas morning breakfast…you can partially prepare it the day before and refrigerate it and then just do one last-minute step and pop it in the oven first thing while the coffee is brewing and everyone is gathering around the tree. Makes the house smell delicious! Traditional monkey bread doesn’t have any orange zest or pecans so feel free to omit but I think these additions really make it special…

Preheat oven to 350 degrees and prepare bundt pan by applying a thin layer of non-stick spray. In a bowl, mix sugar, brown sugar, cinnamon, cloves and orange zest until well mixed. Sprinkle 2 TBS of the cinnamon mixture in the bottom of the prepared bundt pan.  Add a layer of pecans, placing them upside down so the tops are touching the bottom of the pan. 6-10 pecans depending on your preference. 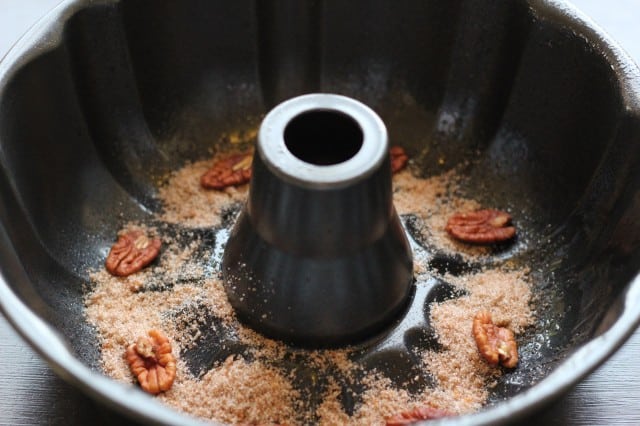 On a plate, take out the dough from the canisters. Break apart dough and then take one biscuit at a time, tear it in half, rolling each half  into a ball. Take the ball and roll it in the cinnamon mixture until completely covered. 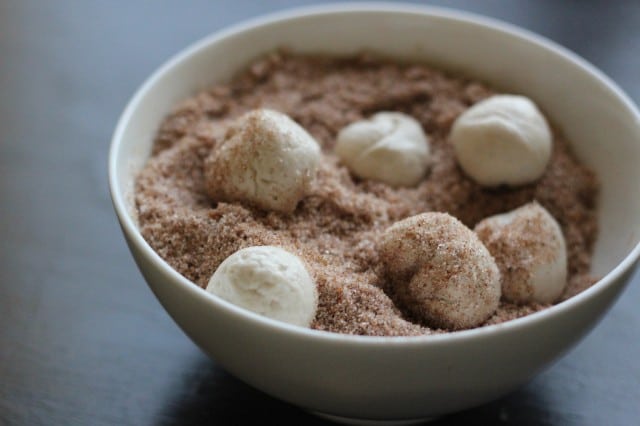 Place each cinnamon ball into the bundt pan, creating one full layer at the bottom. After first layer, sprinkle mixture 1/3 of the pecans. Repeat with each layer of rolls until out of dough. Feel free to sprinkle a bit of extra cinnamon sugar mixture between each layer as well to make it a little extra gooey. 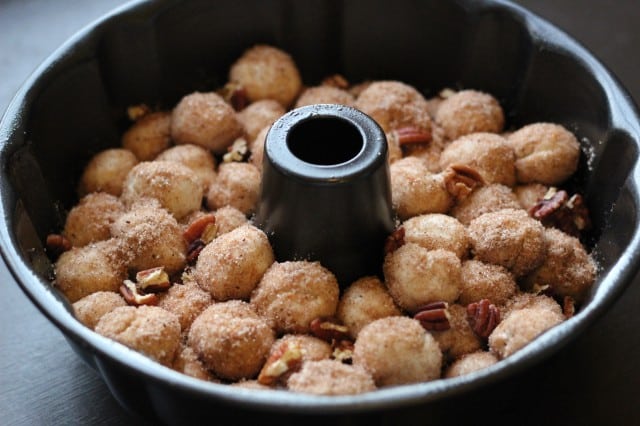 If making this the night before, stop here and cover the bundt pan with plastic wrap and put in the fridge. Cover remaining cinnamon sugar mixture and set aside and continue with the next step in the morning. 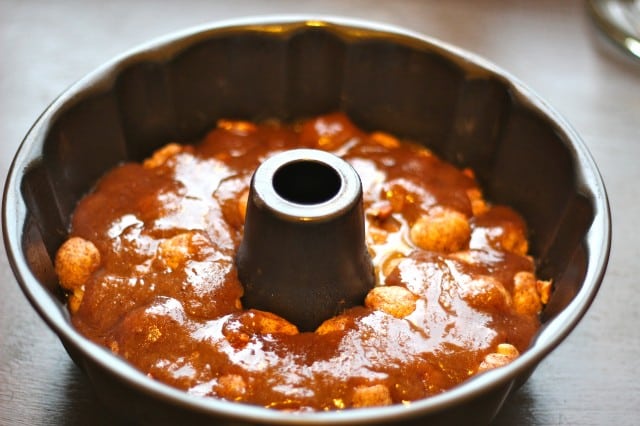 Bake for 30 minutes, until puffed up and crisp on top, then remove from oven. Let cool 10 minutes. 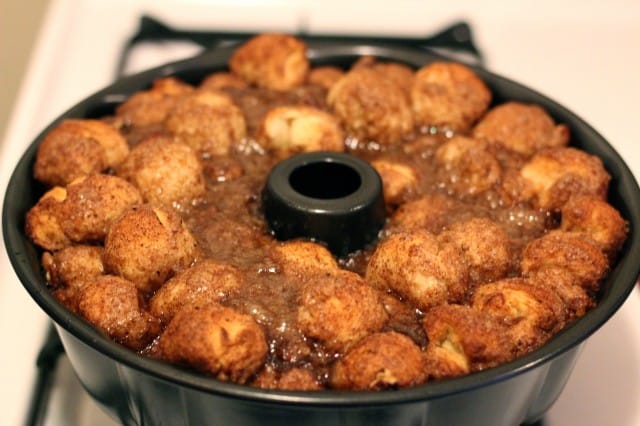 If you’ve never had Monkey Bread before, it is best when eaten as if you’re a monkey…you know, pulling the pieces apart with your hands and popping them into straight into your mouth. No forks, knives or individual plates required. Easy clean up and delicious!