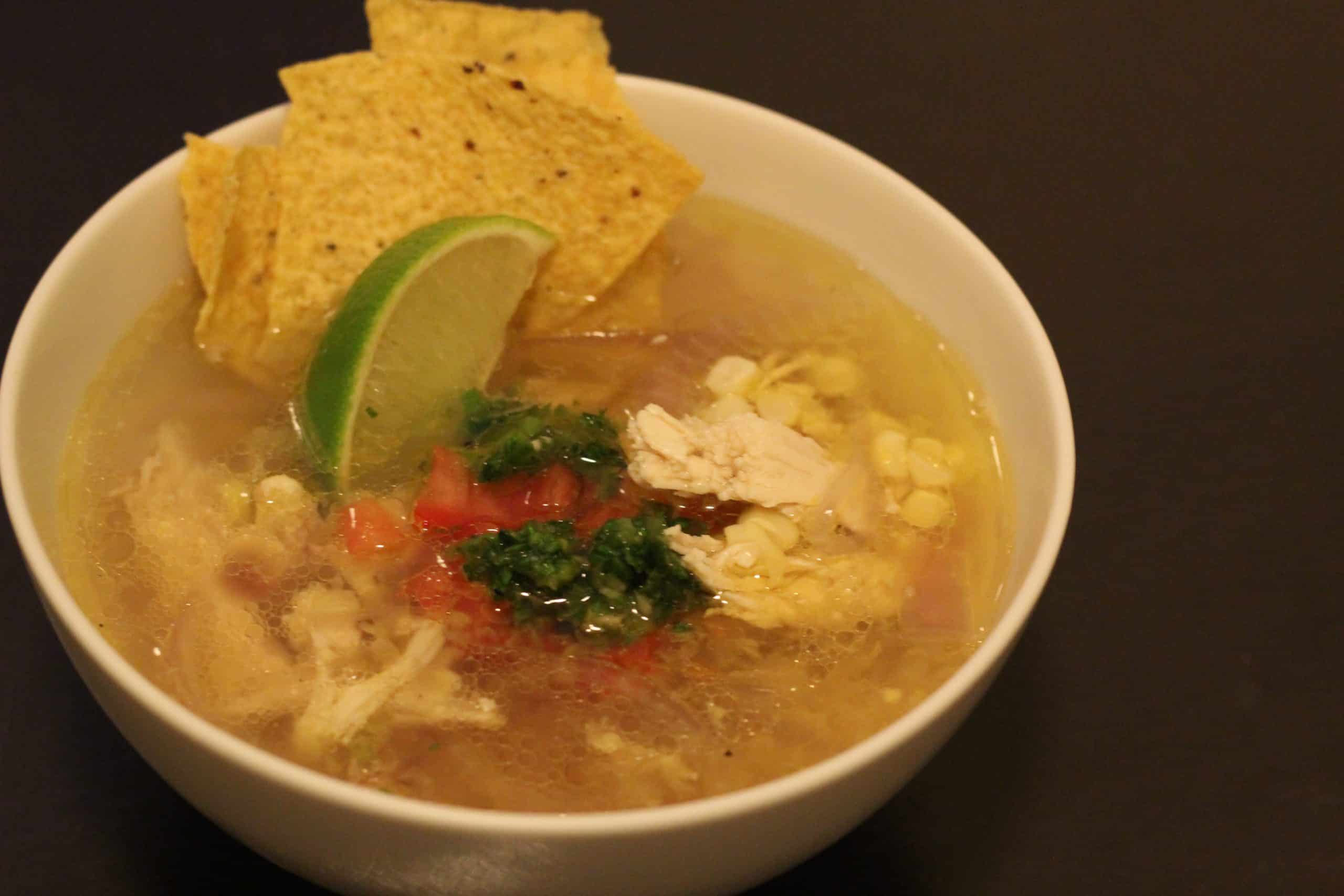 Christian and I often joke that we must have been Mexican in our past lives because we absolutely love anything Mexican inspired…and the spicier the better! We’ve mastered our very own version of Posole and make Eva Longoria’s Tortilla Soup, which is always quite a hit. While we love both of these soups, we’ve been making them for years so when I first saw this recipe in Bon Appétit described as a fresh new take on Tortilla Soup, I knew we had to give it a try. I sure am glad that I did, because it is fantastic.  Pretty different from your traditional chicken tortilla soup but still spicy and super satisfying.  The chile-mint salsa is a winner and really makes the soup, but beware because a little bit goes a long way!

Since we enjoyed this dish so much I know we’re going to make it pretty often, so I would likely adapt the original recipe to make it a bit quicker and easier without sacrificing too much taste (in my opinion). So while the core of the original recipe is based around cooking the whole chicken in the broth you’ll see below that I’m making a few adjustments to make it easier and healthier. Otherwise, this recipe is just perfect and delicious as is!

Char chiles over a gas flame or under a broiler, turning occasionally, until blackened all over (this adds a smoky flavor and makes the skins easy to remove). Let cool. Using a small knife, scrape skin from chiles; discard. Coarsely chop chiles (for a milder salsa, discard seeds).

Make a paste by mincing garlic and 1 teaspoon salt on a work surface, scraping with the side of knife occasionally. Add chiles and finely chop, then add mint and finely chop. Transfer to a bowl; stir in oil. Season with more salt, if desired.

While the broth is cooking, sprinkle chicken with salt & pepper and grill until cooked through. Breast meat will likely cook faster since it is boneless, so make sure to remove it earlier and not overcook. Set cooked chicken aside to cool then remove skin and shred all chicken meat (being careful to remove all bones).

While soup is cooking prepare garnishes.

Divide soup among bowls. Garnish with tomato and tortilla chips. Squeeze lime wedges over; add wedges to soup. Serve, passing chile-mint salsa and sea salt alongside. Mix it all together and be prepared to be transported to a little spicy corner of Heaven! 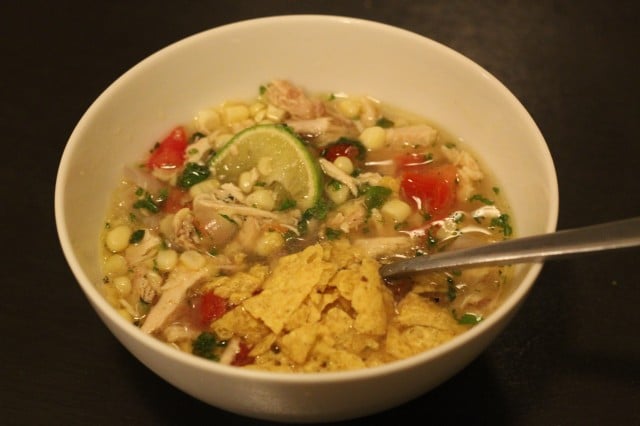