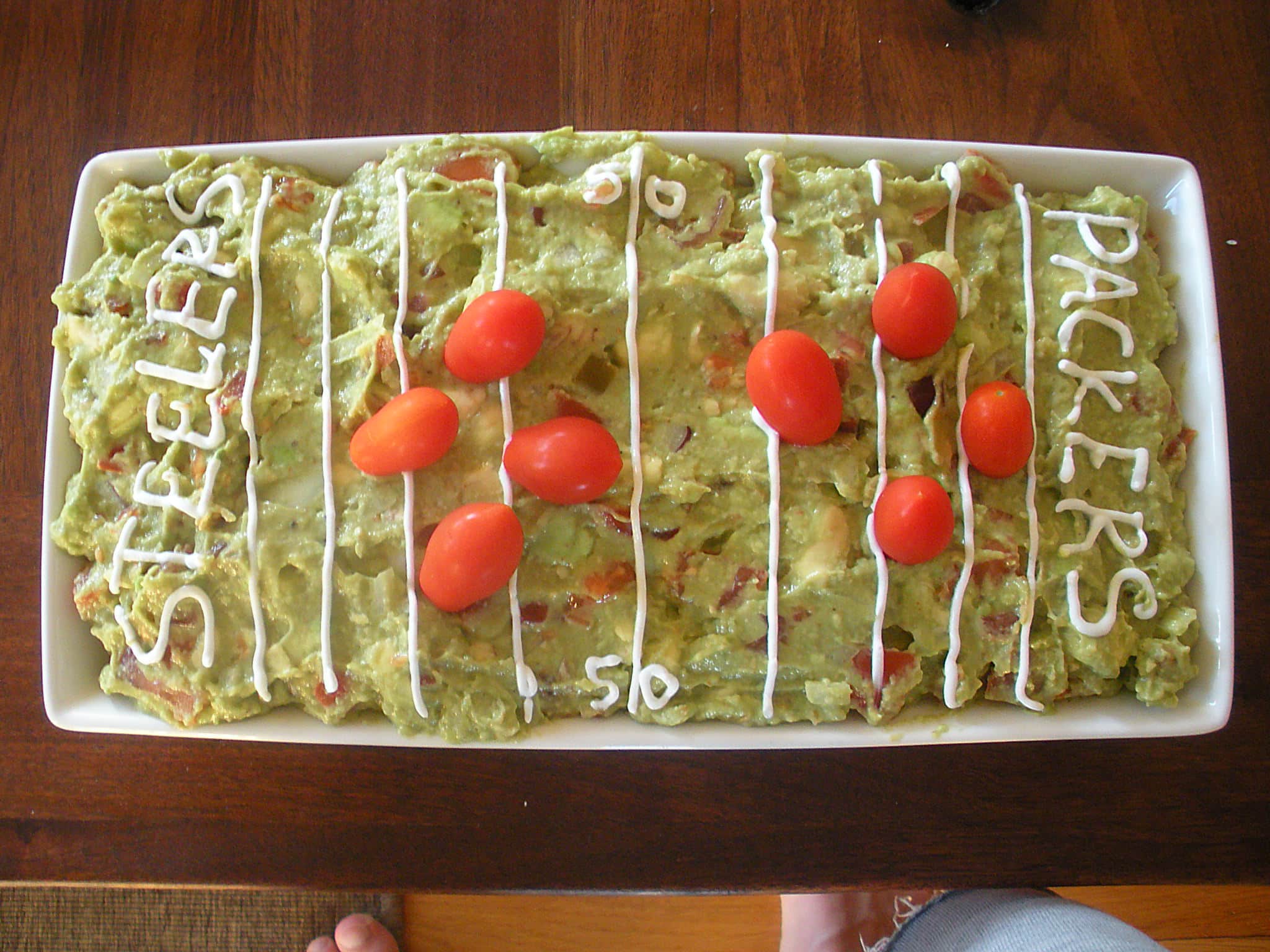 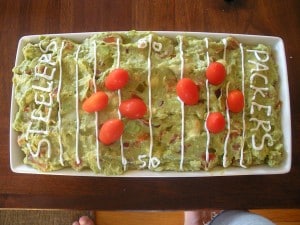 This year it’s just the two of us, which is pretty rare.  But to be honest, it’s pretty rare that our Pat’s aren’t in it and we’re not super invested, so we’re keeping it low key.  That being said, we still want to feel like it’s the Super Bowl so I’m making the following relatively simple snacking menu:

Macaroni & Cheese – New recipe (or should I say old recipe since it’s a Fannie Farmer one!)…but there are lots of good reviews, so sounds yummy!

“Football Guacamole” – I most likely won’t make this actual guacamole recipe, but I love the idea of making my guacamole festive…not my best food artwork as you can see above, but it’s still fun!

Served with beers and margaritas, of course!