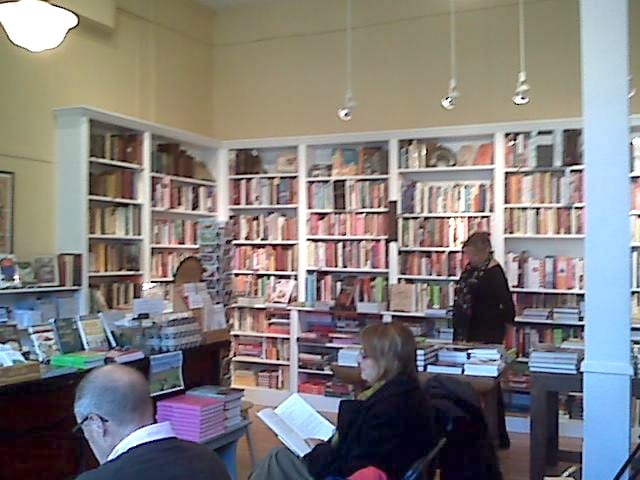 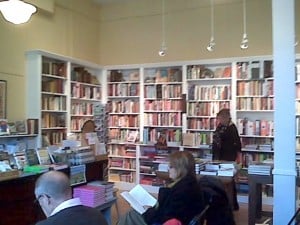 If you haven’t been to Omnivore Books it’s a must for any foodie…particularly if you like to cook.  It’s a small bookstore housed in an old butcher shop (the back room is actually the “walk-in freezer”) and all of their books are food-related with a heavy emphasis on cookbooks.  Since it’s a small shop they don’t always have tons of copies on hand but they’ll happily order it for you if needed and they have lots of rare, older cookbooks as well, like a traditional Bahamian cookbook from 1975.  Fun.

Omnivore Books also has a great monthly events calendar with food authors coming in for talks and book signings…this is how I was able to hear David Downie of Terroir Guides speak about food travel writing this past Wednesday. 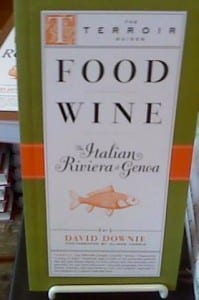 While I’m not going to give you a blow-by-blow of David’s talk there were a few interesting discussion points (since it was a relatively small group we were able to debate and discuss with David, which was quite nice).

One last thing came from this talk…David mentioned his all-time favorite pizza and gelato spots in Rome and since my best friend is heading off to Italy on her honeymoon in about a week I hastily scribbled them down and my guess at spelling was actually good enough that I was able to find them online!  So…if you’re heading to Rome anytime soon (Anna this is for you!) these are must-stop eateries!  Mmmm, pizza and gelato in Rome, now I want to go back!

The Roscioli family has been baking and cooking in Rome for generations according to David…so long so that they have a mother (bread starter) that is something ridiculous like 50 years old!  Crazy!   The Via dei Chiavari store is a bakery, one of the best in Rome. There are lots of items to buy as a snack, but where you should be focused is the Roman pizza (Pizza Bianca in particular). You buy it by weight and eat it out of hand at room temperature, as any good Roman would. They also have a second location on Via dei Giubbonari  – it’s a small grocery and enoteca, sounds great for a light lunch.

David said he judges gelato spots on their pistacho and hazelnut flavors (in addition to crema, coffee and chocolate) simply because he finds that the freshness of the nuts is the best way to seperate out the good gelato spots from the best.  Many gelato shops buy mass-procesed nuts for their nut-flavored gelatos and since we all know that nuts can quickly go rancid the fresher the better.  If I heard David correctly, San Crispino not only uses the freshest nuts, but they actually roast them in house themselves.

UPDATE! When my friend Anna went to Rome she made sure to check out Il Gelato di San Crispino since she loves all things pistachio.  She confirmed that they definitely had the best Gelato they had during their entire time in Italy…they went back 3 times!