A Taste of New England Summer in San Francisco 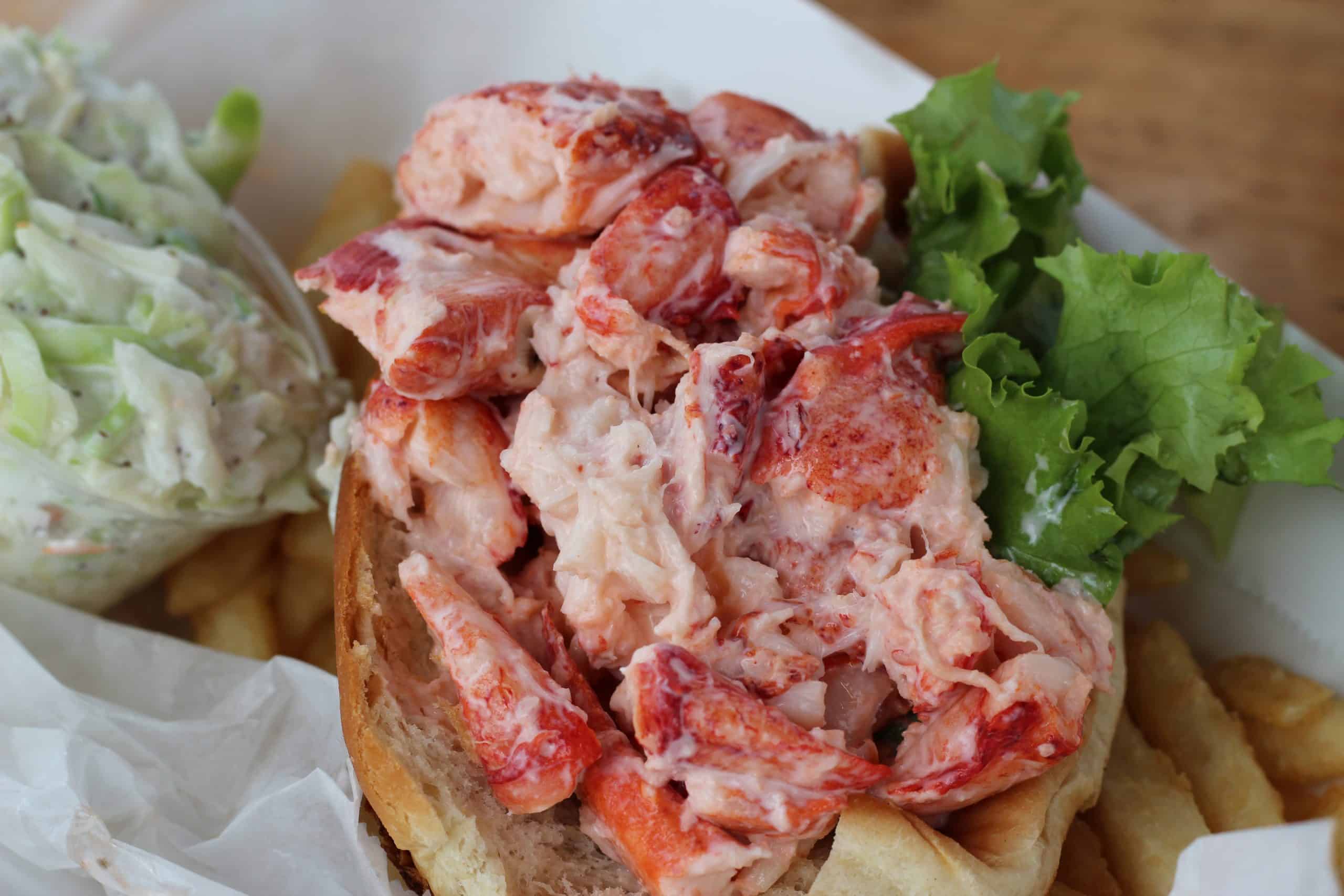 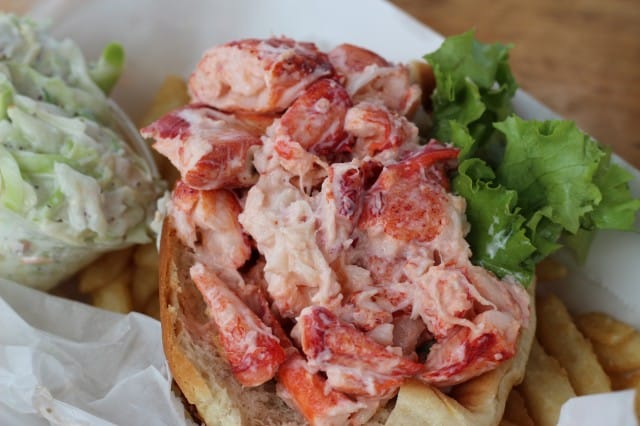 Nothing says summer like a New England Lobstah roll and with this amazing heat wave we’ve been having in San Francisco lately it definitely feels like summer is upon us.  That and recently having the Bruins in the playoffs (I don’t want to talk about it) was making me miss home a bit, so a homage to my New England roots only seemes appropriate. Particularly since a few weekends ago I found myself in the fortunate situation of staring down two food trucks, both of which proudly boasted their own version of the classic lobster roll (lobstah if you please!).  I, not so subtly, convinced my friend and co-worker to embark on a lobster roll taste-off with me…and while I know there are many other lobster rolls to be devoured in the city, consider this the start of a SavoryGirl journey down lobstah lane.

So first things first…I will say neither came even close to my favorite lobster roll from Sesuit Harbor Cafe in Dennis, MA shown above.  Let’s be honest though, I’m not expecting to find a CA-made lobster roll that can rival an authentic New England one…but I sure will be happy trying!  Now onto the first two contenders…Sam’s ChowderMobile and Lobsta Truck. 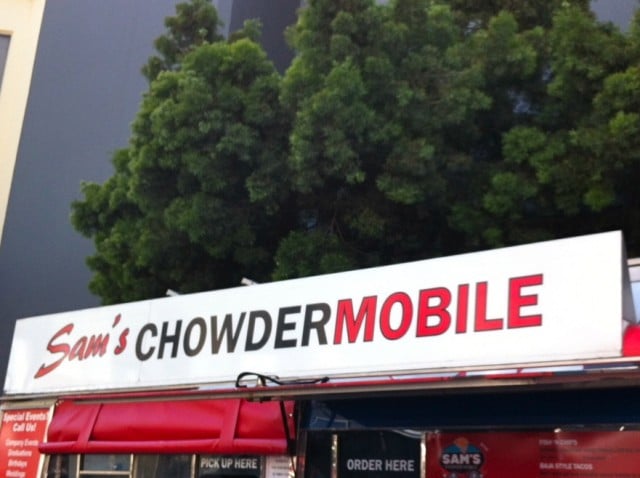 Sam’s ChowderMobile…well first off, let’s just say the fact that it says Chowder and not Chowda or Chowdah makes me skeptical before even getting a glance at the goods!  But that detail aside, the lobster roll from Sam’s was delicious looking…and to the inexperienced lobster eater would clearly look like the winner.  Full of bright red claw meat…big, juicy looking pieces swathed in butter.  Hot dog bun (critical – don’t mess with the bread) nicely toasted but not too crisp.  Taste on the other hand, steers you in a different direction.  While the lobster pieces are the choice, large claw meat, they’re a bit overcooked and therefore rubbery.  The butter kind of gets lost and slips right off the lobster while the bun tastes dry.  Overall making the whole roll not really meld together or work.  It’s good, don’t get me wrong, but it’s not great and it’s certainly nothing compared to my favorite.  Onto lobster roll number two. 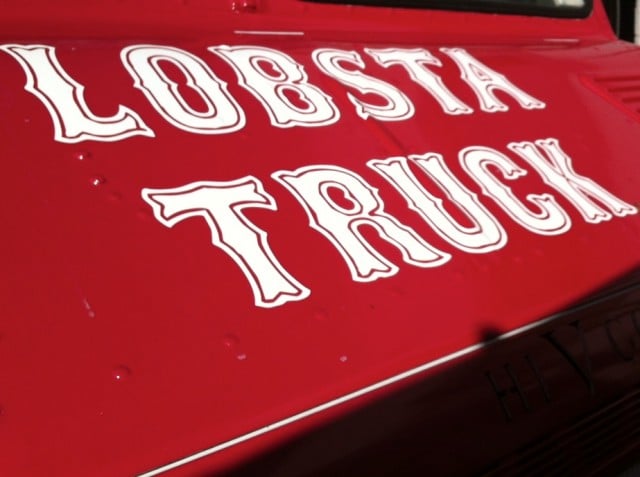 Lobsta truck.  Well the name is better!  And at first glance this lobster roll looks good as well…no skimping on the meat and nice large pieces as well.  Hot dog bun looks even more well toasted here, so that’s also promising.  Upon first bite, there’s not even a debate…this is the clear winner.  The lobster is cooked perfectly, so not rubbery at all. But the clincher, as I think my friend actually articulated, is that the hot dog bun is swathed in butter instead of the butter only being focused on the lobster.  This means that the lobster melds with the slightly butter-softened bun making it all work together as a beautiful marriage in both flavors and textures.  Clearly our winner. 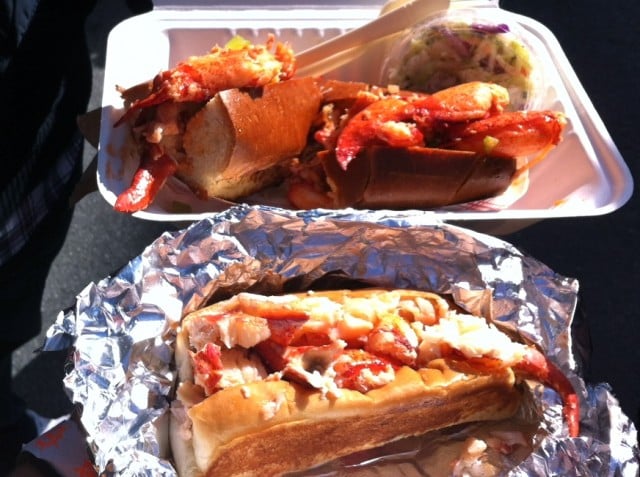 So there you have it…out of the first two contenders Lobsta Truck takes the prize.  And since both rolls are roughly the same price ($12-$14) and size it’s a solid win.  Neither beat out my Sesuit Harbor Cafe Lobster Roll but when I’m missing home I’d certainly head to the Lobsta Truck again.  Now if you’re paying attention, you’ll notice from the picture that my favorite roll has mayo whereas both of these have butter…but that’s a whole different debate for different day!